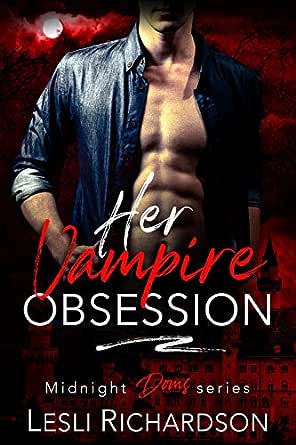 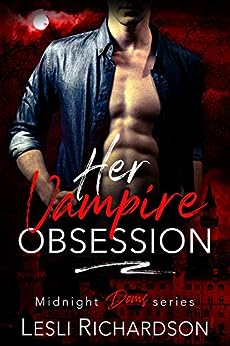 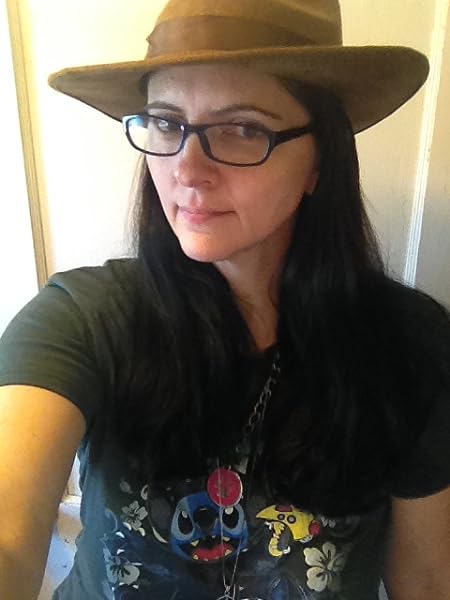 4.2 out of 5 stars
4.2 out of 5
10 global customer ratings
How does Amazon calculate star ratings?
Amazon calculates a product’s star ratings using a machine learned model instead of a raw data average. The machine learned model takes into account factors including: the age of a review, helpfulness votes by customers and whether the reviews are from verified purchases.

Toni L
TOP 1000 REVIEWER
3.0 out of 5 stars Liked it, but...
Reviewed in Australia on 1 April 2020
From the start I really enjoyed this book. I liked the characters of Eilidh & Dex & enjoyed their interaction. I also liked that their were characters in this story that have previously featured in the other Midnight Doms/Bad Boy Alpha series, which made it feel comfortable & familiar. I was really into this story until about 2/3 of the way through. Then we discovered Eilidh's secret. I found this whole section of the book too confusing & convoluted. I could have enjoyed it more if it wasn't so crammed into a small section of the book, perhaps if it became it's own 'origin' style read. There were parts of this section I liked, but it made it feel too rushed & as a reader I felt pushed through. Luckily, this section was finished with by the time we got to the last couple of chapters so it finished on a higher note. I wouldn't be averse to future books exploring the origin dynamic but it really needs more time allotted to it than this book allowed.
Read more
Helpful
Comment Report abuse
See all reviews

Kindle Customer
5.0 out of 5 stars Holy Smokes
Reviewed in the United Kingdom on 21 March 2020
Verified Purchase
This has been one of the wittiest, sexiest books I've read in a long time, with an air of dramatic danger, huge unseen world, and a pair of fabulously endearing characters. All perfectly bound within the Midnight Doms/Bad Boy Alphas world.
Loved it!!

Mom12
2.0 out of 5 stars Story had issues. I wish I loved it
Reviewed in the United States on 21 March 2020
Verified Purchase
This was my least favorite of an otherwise stellar series. Where to begin.

I found both Eilidh and Dexter one dimensional characters and couldn't grasp much chemistry between the two of them. Eilidh is supposed to be 35 yrs old, yet she talks like she's 16 and very immature.

I was annoyed by the inner monologue of each character, more so of Eilidh 's. Both broke the fourth wall, speaking to The reader, even though the book is written in first person. A couple of these bizarre thoughts from Dexter:

"Eh, metaphorically speaking. Meaning people are fired. Jeez, what kind of monster do you think I am?"

Some examples from Eilidh's thoughts:

This fourth wall breaking isn't wrong necessarily from a fiction standpoint...just really jarring when most of the story is standard first person.

I also found Eilidh 's backstory, when it is discovered, to be too complicated, and I felt like if the author was going to create a new world, we needed more about it. There was so much of This book I would have gotten rid of in favor of more world building. Also, the author uses a term that is so close to Asgard and Thor mythology that I origin thought perhaps it was misspelled. The author's word described something similar to Asgard's in my opinion.

All in all, it was written and edited well, and the core story was interesting. I just needed more.
Read more
5 people found this helpful
Helpful
Sending feedback...
Thank you for your feedback.
Sorry, we failed to record your vote. Please try again
Report abuse

TiltedHalo54
5.0 out of 5 stars Figuring out about true mates
Reviewed in the United States on 21 March 2020
Verified Purchase
Eilidh uses many names, she sometimes goes by Connie. She is very special to both the Vampire and Wolf communities. One day this hot looking Vampire, Dexter, who looks like Ianto from Torchwood, comes into the bar/ club where she works.
Sparks fly, and a friendship is born with hopes of more.
There is a lot going on in this story. First, there is Eilidh’s back story, Dexters story, and some new friends and a blossoming love.
I really enjoyed this story as their relationship develops, and their many adventures. Some I was quite anxious with. I loved their snark with each other and . I would definitely recommend.
Read more
3 people found this helpful
Helpful
Sending feedback...
Thank you for your feedback.
Sorry, we failed to record your vote. Please try again
Report abuse

Kindle Customer
4.0 out of 5 stars Really Enjoyed Learning a bit of Welsh Mythology
Reviewed in the United States on 1 April 2020
Verified Purchase
I loved this story. I loved the Welsh mythology used within it. I loved the two main characters, Dexter and Eilidh, and how well developed they were. The ending turned out to be a little different than most vampire stories and was intriguing. I want to read more about the other characters within this story. I know that there is another book that has Lucius and Selene's story but I want to know more about the other characters as well. I loved that this was a big book.
Why not 5 stars? Quite a few passages were repeated information that weren't necessary and slowed down the flow of the plot.
Read more
2 people found this helpful
Helpful
Sending feedback...
Thank you for your feedback.
Sorry, we failed to record your vote. Please try again
Report abuse

Kindle Customer
5.0 out of 5 stars Absolutely Fan-freaking-tastic 😁
Reviewed in the United States on 17 March 2020
Verified Purchase
BEST book ever!😀 This Excellent series just keeps getting and and this was the best yet. Mesmerizing characters 😊, intense situations and sizzling hot 🔥action! Thanks so much Lesli, I can't wait to read more written by you 😋.
Read more
3 people found this helpful
Helpful
Sending feedback...
Thank you for your feedback.
Sorry, we failed to record your vote. Please try again
Report abuse
See all reviews
Get FREE delivery with Amazon Prime
Prime members enjoy FREE Delivery and exclusive access to movies, TV shows, music, Kindle e-books, Twitch Prime, and more.
> Get Started
Back to top
Get to Know Us
Make Money with Us
Let Us Help You
And don't forget:
© 1996-2020, Amazon.com, Inc. or its affiliates