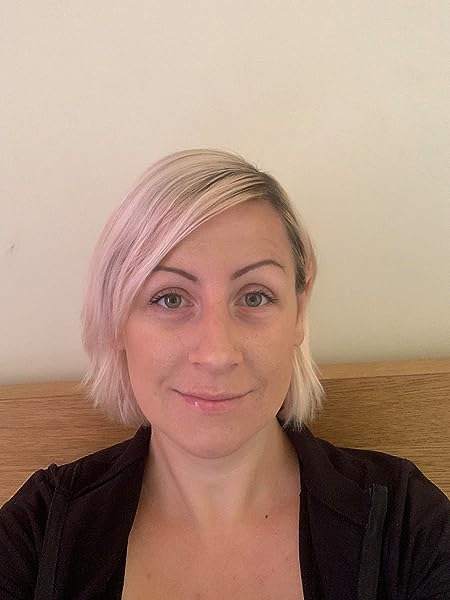 Page 1 of 1 Start overPage 1 of 1
This shopping feature will continue to load items when the Enter key is pressed. In order to navigate out of this carousel please use your heading shortcut key to navigate to the next or previous heading.
Back
Next
Start reading Vampire King (Adult Fairy Tale, Cinderella #1) on your Kindle in under a minute.

4.0 out of 5 stars
4 out of 5
144 global ratings
How are ratings calculated?
To calculate the overall star rating and percentage breakdown by star, we don’t use a simple average. Instead, our system considers things like how recent a review is and if the reviewer bought the item on Amazon. It also analyses reviews to verify trustworthiness.

Lana
2.0 out of 5 stars Lacking consistency with poor pacing
Reviewed in Australia on 9 November 2020
Verified Purchase
This was a disappointment. The story has some interesting ideas but the execution was very poor. Often the characters would keep insisting things must be a certain way, or there was no other option and it made little sense within the context. Some weird phrase and word choices as well. Just saying a character is a certain way or has a certain trait is not enough the writing and story must demonstrate it. The story was lacking in consistency and had poor pacing. You introduced so many amazing fantasy creatures and yet did almost nothing in terms of world building or making use of them.
Read more
Helpful
Comment Report abuse

Divya
3.0 out of 5 stars Fairytale retelling
Reviewed in Australia on 15 October 2020
This was a different fairy tale retelling with some mystery and supernatural elements thrown in. The story had a bit too many intimate scenes for my liking. I received a free copy of the book and this is my voluntary and honest review.
Read more
Helpful
Comment Report abuse

Jacqueline Kyle
1.0 out of 5 stars Give this one a miss.
Reviewed in Australia on 3 October 2019
Unfortunately very predictable, boring and lacking depth. Pretty much skim read the entire book as I hate not reading a book until the end.
Read more
Helpful
Comment Report abuse
See all reviews

Amazon Customer
1.0 out of 5 stars Not great
Reviewed in the United Kingdom on 6 August 2019
Verified Purchase
I found the characters shallow and the story very bitty. There was no bulid up or connection with the love affair. I nearly stopped reading it several times but it was only a short read so I persevered.
Read more
Report abuse

Amazon Customer
2.0 out of 5 stars Waste of time
Reviewed in Germany on 31 October 2020
Verified Purchase
Awfully written, unengaging, boring characters.
Only gets two stars because I reserve one star reviews for the really disgusting stuff.

marrybell
1.0 out of 5 stars No one has a brain.
Reviewed in the United States on 14 August 2019
Verified Purchase
This was terrible! I forced myself to keep reading hoping it would get better. It just got worse. The continuity errors were extreme. They would talk about horse and carriages, castles, towers, highway men, and then Bra's. The king met her before the ball and remembered her, knew her name, that she had a stepmother and stepsisters, that she lived in the small town next to his castle but couldn't think of any way to find her. I finally managed to get to the end and there were tons of people who needed to be punished and almost no one was. The few that were punished were just given some prison time. The evil stepsisters were given a home instead of punishment. If I could go back in time I would keep myself from wasting money on this.
Read more
25 people found this helpful
Report abuse

Mel
1.0 out of 5 stars If you dont mind blowing a couple bucks try it, but not worth it in my opinion !
Reviewed in the United States on 6 August 2019
Verified Purchase
I would give this less If I could and am so glad I only paid what I paid. This was an accidental purchase, it was in my list to buy but was on the fence about but my fingers wound up hitting the buy it now....so it was what it was. However I'm not sure how old this woman was when she wrote this but I felt like a 8 yr old was behind this book, I'm an avid reader and love a good fairy tale, but my god she had so may details that had nothing, I felt , to do with this story line. and there's so much more that I'm not even gonna waste going into. some may enjoy this book, but was not my cup of tea.
Read more
20 people found this helpful
Report abuse

Amazon Customer
1.0 out of 5 stars Not worth my time! 😳
Reviewed in the United States on 6 October 2019
Verified Purchase
I always read complete book to give a fair review, and from description thought this looked like a fun book. Who wouldn’t enjoy an enebriated fairy 🧚‍♀️ godmother? I adore a great fairytale! But this was nothing more than total stupidity! I ended up resenting the time it took to finish!🤢 and felt that this was something that was just thrown together. I cannot recommend! Not worthy of my time.
Read more
16 people found this helpful
Report abuse
See all reviews
Get FREE delivery with Amazon Prime
Prime members enjoy FREE Delivery and exclusive access to movies, TV shows, music, Kindle e-books, Twitch Prime, and more.
> Get Started
Back to top
Get to Know Us
Make Money with Us
Let Us Help You
And don't forget:
© 1996-2020, Amazon.com, Inc. or its affiliates