Vampire Crusader (The Immortal Knight Chronicles Book 1) and over 1.5 million other books are available for Amazon Kindle . Learn more 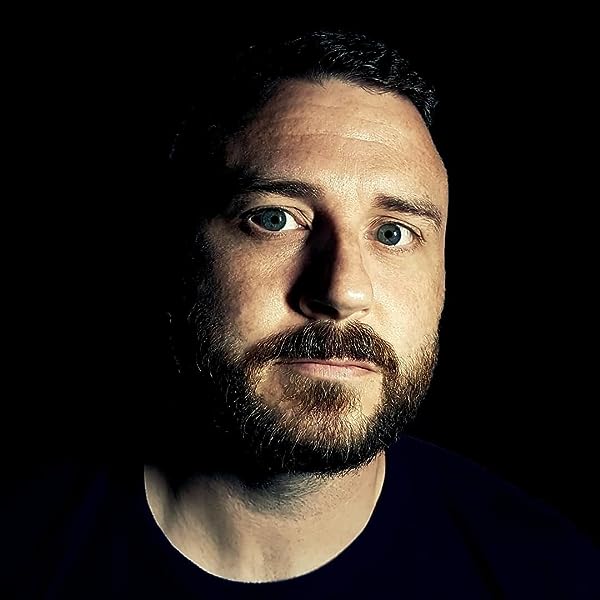 Page 1 of 1 Start overPage 1 of 1
Previous page
Next page
Start reading Vampire Crusader (The Immortal Knight Chronicles Book 1) on your Kindle in under a minute.

4.1 out of 5 stars
4.1 out of 5
220 global ratings
How are ratings calculated?
To calculate the overall star rating and percentage breakdown by star, we don’t use a simple average. Instead, our system considers things like how recent a review is and if the reviewer bought the item on Amazon. It also analyses reviews to verify trustworthiness.

Graeme
TOP 1000 REVIEWER
4.0 out of 5 stars Fun times...but
Reviewed in Australia on 9 October 2019
Verified Purchase
I have seen a lot of reviews comparing Vampire Crusader with the likes of Conn Iggulden or even Bernard Cornwell. I would caution against those expectations, as there is nowhere near the level of detail those authors put into their historical fiction.
Nor does Vampire Crusader fit entirely as a vampire novel, as there is very little vampire action. But despite that, I found myself really enjoying the time I spent learning about Richard and William. I only hope the other books in the series shed some light on the nature of their gift/curse.

Insubson
TOP 500 REVIEWER
4.0 out of 5 stars Pretty good
Reviewed in Australia on 7 July 2018
It was a bit of a surprise that the crusader in the title was the crusades in the historical sense. I thought it would move through it, but no.. the whole book was set in the crusades. I've read a few books about crusades as well as the Knights Templar, these stories are always tedeious. Religious slaughter is hard to read and understand these days.

Appart from that I liked it. I thought it was done well and the whole novel was quite realistic which is funny to say about a vampire book.
The intro to the next book appears to be another Robin Hood version. Not sure I can stomach that.. Undecided if I'll continue..

The Despoiler
5.0 out of 5 stars Prepare to get torn apart...
Reviewed in the United Kingdom on 7 April 2017
Verified Purchase
I had read the first two books of the author's fantasy-historical series and gave this one a try while awaiting the next despite being less keen on the vampire theme. My doubts were brutally smashed aside by the instant grip of the plot, the twists of injustice that drive the protagonist to leave his homeland, and the somehow delightful, vivid scenes of violent pursuit. I was surprised to find that the story takes the reader to the heart of a real and great medieval event... and out the other side unto a sanguinary climax. The whole thing felt as though it was over in moments, so fluent and rapid was the story's telling. Recommended... but be ready to feel like you're in a time and place less forgiving than our own....
Read more
11 people found this helpful
Report abuse

Amazon Customer
5.0 out of 5 stars Don't miss out on a compellingly thrilling series!
Reviewed in the United Kingdom on 7 February 2019
Verified Purchase
Apparently Amazon is randomly deleting this Author's reviews? What's that all about?

I discovered this series via a fb promo, and have to admit I very nearly didn't buy it. However, I took the chance and I'm so glad I did!

Such an accurately skilfull blend of historical fact, fiction and fantasy is a very rare commodity; this series has it by the bucketload, miss it at your peril...

... the only downside is I eagerly await each sequel, then read them too quickly!! 😄
Read more
3 people found this helpful
Report abuse

Paul
5.0 out of 5 stars A good old fashioned adventure.
Reviewed in the United Kingdom on 13 July 2019
Verified Purchase
It isn't Lord of the Rings or Game of thrones (mind you I didn't enjoy either) but it is, unlike the aforementioned, a good read. If you want a simple, honest adventure story then you'll enjoy this book - and hopefully I'll enjoy the rest of the series just as much.
Read more
2 people found this helpful
Report abuse

C. Morgan
5.0 out of 5 stars Right up my street
Reviewed in the United Kingdom on 23 January 2018
Verified Purchase
After i saw this advertised with the tagline Highlander meets interview with a vampire i invested as highlander is my fave film. The book drew me in i watched Richard's story unfold before me the twists and turns of his quest compelling me to read further each time i sat down with it. His story is one i will be following closely from now on
Read more
4 people found this helpful
Report abuse

Kindle Customer
3.0 out of 5 stars Too much blood
Reviewed in the United Kingdom on 26 March 2018
Verified Purchase
Not a bad read but there seems to be a rather worrying preoccupation with blood, dismemberment and body parts detached from the parent body. Yes I know it's about vampires but other writers can do it without seeming quite so fixated on the buckets of blood.
Read more
3 people found this helpful
Report abuse
See all reviews
Back to top
Get to Know Us
Make Money with Us
Let Us Help You
And don't forget:
© 1996-2021, Amazon.com, Inc. or its affiliates