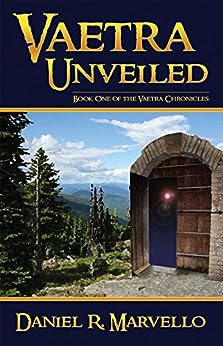 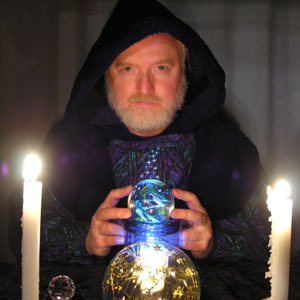 4.2 out of 5 stars
4.2 out of 5
47 global ratings
How are ratings calculated?
To calculate the overall star rating and percentage breakdown by star, we don’t use a simple average. Instead, our system considers things like how recent a review is and if the reviewer bought the item on Amazon. It also analyses reviews to verify trustworthiness.

Boz
4.0 out of 5 stars Most enjoyable
Reviewed in the United Kingdom on 28 January 2015
Verified Purchase
Good story, original and well written. Could identify with the characters. Looking forward to book 2. Hopefully with more magic to come.
Read more
Report abuse

Christopher Kellen
5.0 out of 5 stars Stirring Fantasy Adventure
Reviewed in the United States on 1 March 2012
Verified Purchase
Vaetra Unveiled is the story of Jaylan, a former guardsman and current mercenary who gets himself tangled up in events beyond his control. He doesn't want to get married or be an innkeeper, but he has a sense of obligation.

As it turns out, the mercenary contract he accepts just to delay his seemingly-inevitable marriage a bit longer shoves him head-over-heels into the path of a sorceress from the mysterious place known as the Archives, and things just get more complicated from there.

The first-person perspective in Vaetra Unveiled is not something you see often in fantasy novels, usually being reserved for more of a snarky, urban fantasy tone. Vaetra Unveiled definitely does not have that feeling - it's straight-up fantasy all the way, and actually switches between 1st and 3rd person POVs depending on the character.

It's interesting to note that while I sometimes wondered if the story might have been better served entirely in 3rd person, I came to the conclusion that Jaylan's POV works quite well in 1st person, given the nature of the changes that are happening to him.

The world-building is strong, with a good core concept and several interesting ideas that I hadn't encountered before. In general, I did not get as clear a sense of place as I might have liked; the villages and towns visited by the characters seemed almost interchangeable. Some additional character of place, I think, could have helped those be stronger and sharper.

The plot moves quickly, with good and tight descriptions. The chain of events is not only believable, but well thought-out and with a logical flow. It did seem at times that more description could have been added, particularly in describing the progression of the burgeoning romance. There is a large cast of characters; it's always a good sign when I can remember their names several days after finishing the book. The ending leaves several plot threads open, but of course this is intended to be a series, which means that we will be expecting to see more from this author down the line.

I had zero editing complaints - Mr. Marvello has done an excellent and highly professional job on his first outing, for which he must be lauded. I can't even remember coming across a typo, which is a rare sight indeed!

Vaetra Unveiled is a well-plotted, strikingly well-edited fantasy adventure, in which I would have liked to see a bit more grounding of setting and either a strengthening of or an elimination of the romantic sub-plot. Overall, very fine work, especially for a first-time independent author. If you're a fan of the fantasy genre, you should read this book.
Read more
14 people found this helpful
Report abuse

NitroNorm
5.0 out of 5 stars Well read
Reviewed in the United States on 20 January 2014
Verified Purchase
As an avid reader it sometimes takes a while to work through all the samples and stories i've bought for myself. I actually forgot i had this book and liked it, until i found the second and had to refresh my memory. And i still like it!

Vaetra Unveiled starts out slowly but is very interesting. It's about a man who hates magic in a country full of people that distrusts magic and trys to avoid it, yet in his job as a mercinary/bodygaurd-for-hire he keeps running into it everywhere! It also becomes abbundantly clear very quickly that what you do not know can get you killed. It is also apparent that the man also has some magic of his own, which he is forced to acknowleage, and use.

The story is very interesting. But I found the gradual change of the main character even more interesting as he goes from a willfully ignorant man into a person who realizes his own limitations and decides to do something about them. Such is the beginnnings of wisdom.
Read more
Report abuse

Mike
4.0 out of 5 stars Entertaining Start to a New Fantasy Trilogy
Reviewed in the United States on 9 July 2012
Verified Purchase
Good start to a new fantasy series. This standalone novel acts primarily as an introduction to the world and characters of the Vaetra Chronicles through a very entertaining fantasy adventure story to stop an unprincipled sorcerer from taking advantage of mundanes (no-sorcerers). Author has laid the foundation for the rules and limitations of magic, or Vaetra, in a world which has no trust for sorcerers since the end of the Wizard Wars. Unfortunately mundanes are not able to police sorcerer ethics so the potential for mischief is ripe. Overall, a fun fantasy adventure story - engaging characters, interesting setting and rousing plot - that is very entertaining to read. First book is not an epic fantasy but series might possibly develop in that direction in future volumes. I would not characterize this as a Young Adult fantasy but it can be enjoyed by most ages (teen and up).

Vaetra Unveiled is the first book in a new fantasy trilogy, The Vaetra Chronicles. Although part of a series, this novel stands well on its own as a fantasy quest to introduce the characters and world. Series website indicates timing for second volume is mid-2012 and timing for the third volume is early 2013. I appreciate that the author has laid out intended length of series and approximate timing of next volumes.

Kindle Customer
4.0 out of 5 stars Well thought out page turner
Reviewed in the United States on 9 July 2012
Verified Purchase
I truly enjoyed the story line of this book. I was drawn in and felt that the universe was well thought out and introduced. There is a believe-ability to the story within the universe as well as the way that magic works.

My criticisms of this book are few. I felt that the tie together of the first part of the book and the second part of the book were shaky. We did not see what Lord Thoron wanted with the ring nor why he was making his medallions. Maybe we'll see in a future book, but I feel a bigger hint would have been nice. Is he just trying to take over the world? My second criticism is that only Sulana and Jaylan have any depth. The other characters are merely introduced and I think I could like (or hate, depending) several of them if there was more background. Finally, I do feel that the discussions of magic are a little lecture like. It works to a point when Sulana is giving Jaylan information, but I feel it does not work when Jaylan is explaining to the us.

In the end, though, I feel that this book was definitely worth reading and I look forward to the rest of the trilogy. I liked the way Marvello went from one scene to the next for the most part. He has an amazing way of setting stuff up so that an event isn't just a blunt, slap-you-in-the-face scene. I think he set up an amazing world.
Read more
One person found this helpful
Report abuse
See all reviews
Back to top
Get to Know Us
Make Money with Us
Let Us Help You
And don't forget:
© 1996-2021, Amazon.com, Inc. or its affiliates