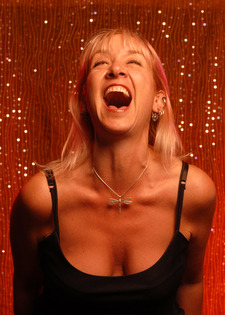 by Barbara Carrellas (Author)
4.5 out of 5 stars 835 ratings
See all formats and editions
Sorry, there was a problem loading this page. Try again.
Great on Kindle
Great Experience. Great Value.

View the Kindle edition of this book
Get the free Kindle app:

Enjoy a great reading experience when you buy the Kindle edition of this book. Learn more about Great on Kindle, available in select categories.
View Kindle Edition

Acclaimed sex educator Barbara Carrellas radically updates the ancient practice of Tantra for modern sexual explorers desiring to push past their edge in search of the great cosmic orgasm. This updated edition celebrates the 10th anniversary of Urban Tantra, and is revised to include more inclusive gender pronouns and language, new science and safe sex information, and an updated reference section.

Praise for the first edition of Urban Tantra Urban Tantra is the most pleasurable, fun, meaningful, and liberating book on sex ever! Thank you, Barbara! --Christiane Northrup Urban Tantra gives me hope that the world will become a more sexually satisfied, ecstatic, enlightened, and inclusive place. --Annie Sprinkle This handy how-to promises mind-blowing, toe-curling, highly spiritual sex for humble beginners, BDSM aficionados and everyone in between. Sex educator Carrellas is on a mission to bring Tantra-the ancient practice of sacred sex, in which interpersonal connection and transformative ecstasy are the norm-to the modern world, to reclaim sex from messed-up, sexually-dysfunctional, judgmental, and ignorant culture, and to shift the urban sex paradigm from recreational activity to a sumptuous, impassioned way of life. Not that one necessarily needs that kind of ambition: Carrellas offers ways to enhance any old sexual encounter (with techniques like breathing, stroking, prodding and piercing), techniques for solo play and countless uses for a trunk full of toys. Same sex, transgender, and multi-partner play is encouraged (if not highly recommended), and the text is peppered with illuminating, try-this-at-home anecdotes. Pictures and diagrams are whimsical but instructive, making Carrellas's cheerful descriptions of unusual concepts-gigglegasms, rainbow rubs and the mushy puss among them-easy to grasp. A final chapter, on Sex Magic, examines the power of Tantra to achieve a number of effects, from backpain relief to a happier office to world peace; however far you'd like to take your sex life, this friendly guide will likely show the way.--Publishers Weekly

Acclaimed sex educator Barbara Carrellas radically updates the ancient practice of Tantra for modern sexual explorers desiring to push past their edge in search of the great cosmic orgasm. This updated edition celebrates the 10th anniversary of Urban Tantra, and is revised to include more inclusive gender pronouns and language, new science and safe sex information, and an updated reference section.

Barbara Carrellas is an author, sex/life coach, sex educator, university lecturer, workshop facilitator, motivational speaker and theater artist. Her most recent books are &quot;Ecstasy is Necessary: A Practical Guide to Sex, Relationships, and Oh So Much More,&quot; &quot;Urban Tantra: Sacred Sex for the Twenty-First Century&quot; and &quot;Luxurious Loving: Tantric Inspirations for Passion and Pleasure&quot;. Barbara's pioneering Urban Tantra&reg; workshops were named best in New York City by TimeOut/New York magazine. In 2016 she was awarded a Sexual Freedom Award for Lifetime Achievement.

Barbara currently offers inspiring and life-changing workshops, lectures, and keynotes on a variety of topics to individuals, schools, conferences, businesses, and the arts.

Barbara is also a Sex/Life coach, offering her clients sex information and education, intuitive readings, emotional and mental rebalancing, resources and referrals. The essence of her work is the inseparable connection between your sex life and the rest of your life, and the happy integration of body, mind, and spirit.

Barbara brings a holistic, metaphysical, practical, humorous, entertaining and gender-fluid approach to conscious sexuality and to all her work. She began her work in metaphysics and conscious sexuality during the AIDS crisis in the late 1980’s—a time when the connections between sex, spirit and healing were at their most strained. Barbara has facilitated countless healing circles and support groups for women, men, transgender people, artists, people with life-threatening illnesses and people with HIV/AIDS. For four years she was a facilitator for and on the Board of Directors of the New York Healing Circle, which was founded in response to the AIDS crisis and incorporated the principles of Louise Hay's work. As her workshops grew in popularity and in attendance, her work expanded to include people from all walks of life and in all stages of sexual evolution.

Barbara taught Caitlyn Jenner and her friends how to have gender-free orgasms on the E! reality series I Am Cait and was featured in the Learning Channel’s Unusual Orgasms segment of the series Strange Sex. She has also appeared in numerous episodes of the HBO television series Real Sex, Australian television’s Sex/Life and on Britain’s Sky Channel as part of the documentary, Sex in America. She has been featured in the videos Selfloving, The Sluts &amp; Goddesses Video Workshop, Annie Sprinkle’s Amazing World of Orgasm, Betty Dodson’s Selfloving, Zen Pussy, and in the film Sacred Sex. She collaborated with Annie Sprinkle to present a new/ancient vision of female sexuality in theatrical form in MetamorphoSex, a week-long workshop for women culminating in ritual-performances. She also directed the Australian premiere of Annie’s renowned one-woman show, Post Porn Modernist. Barbara is proud to have enjoyed a lifelong theatrical career as a general manager, producer and theatre manager on Broadway, Off-Broadway and in alternative theatre in New York. She is still active as a performance artist and director.

Barbara has lectured at many educational institutions, including Harvard University, Brown University, Vassar College, Barnard College, Sara Lawrence College, Wesleyan University, the Chicago Art Institute and Yale University. She frequently collaborates with her partner, Kate Bornstein, with whom she performs and tours their sex positive, gender-bending lecture/performance piece There And Back Again: An Epic Tale of Sex, Death, and Gender.

Barbara is a certified sexologist (ASC, American College of Sexologists) and a member of AASECT (American Association of Sexuality Educators, Counselors and Therapists).

Barbara is a proud graduate of the Coney Island Sideshow School with a double major in fire eating and snake handling.

4.5 out of 5 stars
4.5 out of 5
835 global ratings
How are ratings calculated?
To calculate the overall star rating and percentage breakdown by star, we don’t use a simple average. Instead, our system considers things like how recent a review is and if the reviewer bought the item on Amazon. It also analyses reviews to verify trustworthiness.

Valentina Vlasoff
3.0 out of 5 stars book is okay
Reviewed in Australia on 28 August 2020
Verified Purchase
delivered on time but the book isn't as interesting as I anticipated.
Read more
2 people found this helpful
Helpful
Report abuse

Stella Topaz
5.0 out of 5 stars Practical, joyful, full of love (and sex!)
Reviewed in Australia on 14 December 2017
I have fallen in love with Urban Tantra all over again. The first edition was a turning point for me - it opened me up to the powers of breathing, movement, laughter and curiosity in pleasure, packed with easy activities to try out solo or with a lover, or group, and so joyful and encouraging. Barbara really speaks from the heart and from decades of learning and experience. She really wants us to feel free and delicious in our own bodies, and to have sex and sensuous delight with honesty, freshness and fun. The second edition is packed with so many new more ideas and activities, updated, expanded, contemporary. Affirming and loving of all bodies, genders, sexualities, relationships, Urban Tantra is a perfect handbook for busy, curious, urban sexual explorers.
Read more
3 people found this helpful
Helpful
Report abuse
See all reviews

SM_8
5.0 out of 5 stars Tantra? Please start here!
Reviewed in the United Kingdom on 8 January 2020
Verified Purchase
This is the perfect beginner's guide for those who are interested in tantra. It has been written really well and easy to digest.
Read more
10 people found this helpful
Report abuse

Lucy Dean
5.0 out of 5 stars A lovely and thought-provoking book...
Reviewed in the United Kingdom on 20 July 2018
Verified Purchase
This is a lovely and thought-provoking book which contains many helpful hints and tips. As an energy worker, the sections devoted to the chakras and how to re-energise them were very insightful. This is an entertaining read - one can dip in and out of this book to their heart's content!
Read more
8 people found this helpful
Report abuse

Albalilith
4.0 out of 5 stars Good as an pov of starting tantra
Reviewed in the United Kingdom on 8 January 2021
Verified Purchase
Easier to read if u are not looking to get specific ancient knwledge but something more updated pov. Although I do feel there is a lot of personal references that sometimes made me skip a lot of pages.
Overall good book.
Read more
One person found this helpful
Report abuse

Vincent Lee
4.0 out of 5 stars If you can get over the tantra for dummies appearance it's good
Reviewed in the United Kingdom on 22 September 2017
Verified Purchase
It's an interesting book, but I do wish its wasn't formatted like a kids activity book we are not idiots!
Read more
11 people found this helpful
Report abuse

Kevin Jenkins
4.0 out of 5 stars Interesting
Reviewed in the United Kingdom on 1 June 2020
Verified Purchase
Some. Interesting ideas and techniques. Not sure I'm cut out for this story of thing though.
Read more
One person found this helpful
Report abuse
See all reviews
Back to top
Get to Know Us
Make Money with Us
Let Us Help You
And don't forget:
© 1996-2022, Amazon.com, Inc. or its affiliates