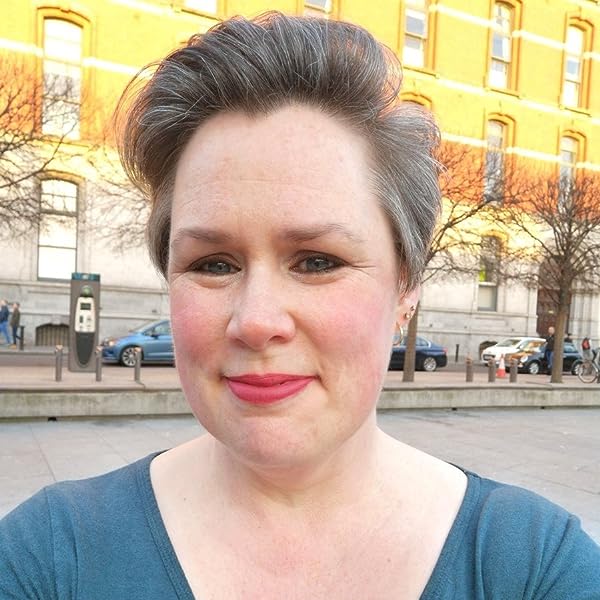 Page 1 of 1 Start overPage 1 of 1
Previous page
Next page
Start reading Urban Shaman (The Walker Papers) on your Kindle in under a minute.

4.4 out of 5 stars
4.4 out of 5
240 global ratings
How are ratings calculated?
To calculate the overall star rating and percentage breakdown by star, we don’t use a simple average. Instead, our system considers things like how recent a review is and if the reviewer bought the item on Amazon. It also analyses reviews to verify trustworthiness.

MHK
5.0 out of 5 stars Wow!! My new favourite author.
Reviewed in Australia on 11 January 2016
Verified Purchase
I literally couldn't put this done. What a wonderful beginning to a new series from an author I hadn't read before. I loved the way Indian shamanism, Celtic mythology, the Wild hunt in a modern day environment all melded together so well. I love stories with strong woman as the main character, al la Anita Blake, Kris Longknife, or Honor Harrington. Jo Walker will join that group,
Read more
One person found this helpful
Helpful
Report abuse
See all reviews

First off let me just say, what an original opening, it hooked me in. The book is set in Seattle & we are introduced to half Cherokee half Irish Joanne Walkingstick, who is a 27 year old mechanic working for the police force. She's humourous, self effacing, sarcastic a brawler & very tough.

Jo gets in neck deep after rescuing a woman from the 'Wild Hunt' lead by Cerenunes, a Celtic horned god, fertility figure, with deep ties in death who collects souls.
The woman who Merit rescues is a social anthropologist stroke Banshee who is able to see when someone is going to die very soon. The banshee breaks the news to Jo that she indeed is going to die. Well from here it gets even more interesting she meets her spirit guide, a coyote who cryptic messages get on her nerves.
Shamans are being killed, Jo finds she can dream walk on an esotoric level, meet ghosts, battle gods & self heals, the list is endless, lets just say she has limited time to get her ass into gear & a very steep learning curve.

It's also obvious that some of the general population have individual powers that they keep under wraps, from being able to tell some ones age at a glance, psychic ability to just plain talking, to dead people.

Unfortunately Jo gets to be prime suspect in a murder investigation, much to her bosses consternation & there's a there's obvious attraction there between them both, but it's very subtle & I look forward to seeing how the antagonistic relationship develops further.

This is a witty cleverly written book, I laughed out loud throughout & the supporting characters are real, with different personalities. I mean you have a cross dressing policeman, a 76 year old taxi driver, Banshee, ghosts, gods & demi gods. Enjoyed it alot. Hope you do to.
Read more
Report abuse

Carter
3.0 out of 5 stars Disappointing
Reviewed in the United Kingdom on 21 November 2013
Verified Purchase
I ordered the first 3 books in the series on the strength of previous reviews and as I thought they would be similar to Faith Hunters books. I did persevere through them all but will not be buying any more. I found them to be a bit confused and hard to follow which was a shame as the stories themselves were good. I will be sticking to Faith Hunter, Karen Chance, Adrian Phoenix etc in future
Read more
Report abuse

Gemini
5.0 out of 5 stars Absolutely Brilliant, Well worth a read.....
Reviewed in the United Kingdom on 22 August 2005
Verified Purchase
Joanne Walker has three days to learn to use her shamanic powers and save the world from the unleashed Wild Hunt.
No worries. No pressure. Nevermind the lack of sleep, the perplexing new talent for healing from fatal wounds, or the cryptic, talking coyote who appears in her dreams.
And if all that's not bad enough, in the three years Joanne's been a cop, she's never seen a dead body - but she's just come across her second in three days.
It's been a bitch of a week. And it isn't over yet.
Really well written, C E Murphy kinda of reminds me of Mary J Davidson. A good tale, funny in places and all the excitement you need. Brilliant stuff.
Read more
25 people found this helpful
Report abuse

Lady K
5.0 out of 5 stars what a ride!
Reviewed in the United Kingdom on 2 February 2007
Verified Purchase
Okay so there is a lot that needs explaining that isn't but go with the flow. Joanna doesn't understand what's happening either- alot of the time she is just reacting to what's happening the best way she knows how and Catie Murphy puts the reader right in the middle of that which makes it immediate, sometimes scary and breathtaking and very funny at times. The way Joanne keeps falling asleep, falling down and generally getting beaten about on a regular basis but still keeps coming back for more is both funny and engaging. The dialogue is snappy and believable even when she's trying to explain (badly) what is happening to her boss and colleagues. Then there's Gary who I suspect in CE Murphy's imagination looks a lot like Sean Connery- he certainly does in mine and of course the interesting Morrison- there is definitely chemistry there even if Joanna doesn't want to acknowledge it. My only criticism would be that everyone around her seems to take what's happening in their stride just a bit too easily. I'm a believer but even I would find it hard to accept a colleague who suddenly starts talking to dead people and ancient Celtic Gods- at least without a lot more evidence than a few(alright a lot)of dead bodies piling up in mysterious circumstances.

I read it in about three days- it's agreat start to what I hope will be a long series of adventures. I'm already on the next one Thunderbird Falls and have already pre ordered the third, Coyote Dreams.

Mina
4.0 out of 5 stars Pure Urban Fantasy with an unusual kick-a** heroine and a rich world-building
Reviewed in Germany on 26 March 2016
Verified Purchase
After heaving read too many PNR-novels in the last days, this very pure UF story was a very welcome change. I've just realized that I'm really a lot more into the neat world-building, the well fleshed-out characters, the focus on a compelling plot that UF usually is [as opposed to the total concentration on a leading couple and their obstacles towards HEA, peppered with lots of sex, in PNR]. And “Urban Shaman”, book one of the “Walker Papers”-series, is just that.

There is Joanne Walker, whose birth name is Shiobhan Walkingstick and both are more than names: Joanne is a woman in her twenties who carries the legacy of two peoples in her, that of her Irish mother and of her Cherokee father. Yet she rejects them both, going for “normal” and using, among others things, an inconspicuous name. OK, she's not really that nondescript, being more than six feet tall and working as a mechanic at the Seattle police force, but she is a strict non-believer in everything metaphysical. That changes fast when Joanne meets Marie, a woman chased by the Hunt, the Celtic Hunt, lead by god Cerunnos and not only gets nearly killed by said god, but is able to bring herself back with a little help from her spirit guide Coyote. As she says herself at some point: being run through by a sword and coming back from that will go a long way for a woman to start believing. And with that things that are her heritage from her Irish and Native American ancestors come rushing into her life. That is a good thing, since it's Joanne who has to find and stop Cerunnos from freeing himself, so he can stay in the human world for ever.

Wow, what a ride that was! Joanne has no idea where to start, yet has virtually no time to figure stuff out. That means she learns on the go, getting herself injured a lot and not always knowing what she does. But strangely, she is not alone: there is Gary, a widowed cab-driver who somehow got sucked into Joanne's quest [and happy about the adventure], a lot of friends among the cops from her precinct and last not least her spirit guide, Coyote the Trickster. In the course of Joanne's own hunt for the hunter, it gets clear that there is more than meets the eye, more parties involved and that makes for an interesting journey. I was totally immersed in this plot and I loved Joanne. She has her bundle of hurt to carry, loss and abandonment in her past, but she is a sane person nevertheless. She stays positive, if not letting go of the hurt. And I could just imagine her towering over other people, since she is so immensely tall and the very opposite of a delicate damsel [although she is in distress a lot of times, she is pretty able to save herself]. And Gary and Coyote, her sidekicks so to speak, are a hilarious, yet believable bunch. She is a good person to read about. That there is no romance to be found [but some hints of possibilities in the future] is fine by me, especially since that helps keeping the focus on the case at hand and Joanne's spiritual development. A lot more interesting at this point!

My only complaint [a minor one] is the ease with which people around Joanne seem to believe her rants about Celtic gods, souls and the Hunt. Don't get me wrong, there are a lot of moments people start to believe, because they see either some member of the Hunt or witness Joanne doing something improbable. But there are other people who help her while there is no evidence in favor of Joanne's story. That happened often enough that I was thinking: “No way in hell would it go like that at a real precinct...”. As I said, minor complaint. Overall, I enjoyed the book a lot and look forward to reading the next installment.
Read more
One person found this helpful
Report abuse
See all reviews
Back to top
Get to Know Us
Make Money with Us
Let Us Help You
And don't forget:
© 1996-2021, Amazon.com, Inc. or its affiliates