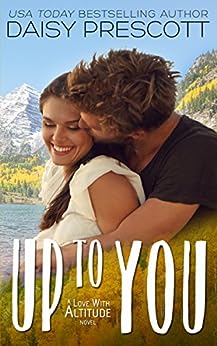 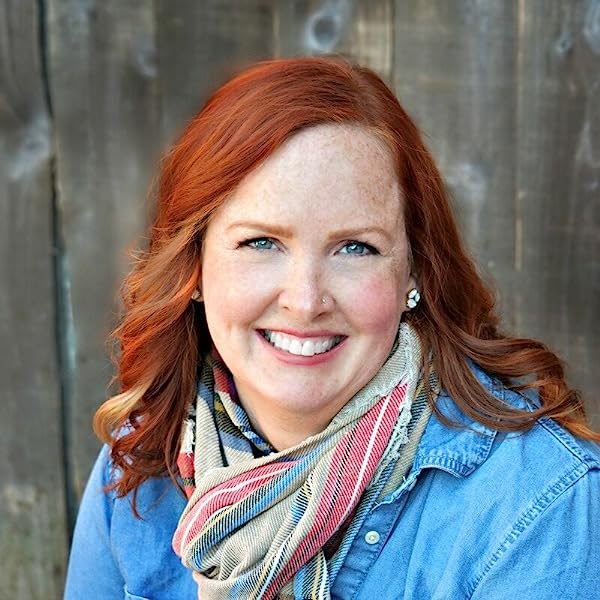 Up to You: A Small Town Cyrano Romance (Love with Altitude Book 4) Kindle Edition

Dotti Elrick
5.0 out of 5 stars Very Fun!
Reviewed in the United States on 15 June 2018
Verified Purchase
A cute, very funny story. I was laughing out loud just getting through the first chapter.

This book was different from the other three in that it’s told from three different points of view. Mae, and the two Roberts brothers, Aiden and Landon. The story takes on a bit of a Cyrano/“Roxanne” vibe when Mae is set up with Landon for an upcoming wedding. Now, if you’re familiar with the earlier books, you know Landon. He thinks of himself as Gods gift to not only women, but Aspen it’s self. Mae agrees to this “date” as long as he promises to try to be less obnoxious. He gets the wedding date, she’s hoping to make him a better man. This brings in the third party, Landon’s older brother Aiden, who, on the surface is a bit down on his luck after walking away from his very profitable job. He agrees to help Landon sound less “Landonlike” via a series of text messages, and sending gifts in Landon’s name. All the while secretly falling for Mae himself.
It was a cute, unique story. Very funny. While there are three people involved in this “seduction” it is not a love triangle and there is no cheating.
The entire series is great. Well written, no angst, no cheating, just very sweet, falling in love stories.
I know the author said this would be only a four book series, but I’m holding out hope for more.
Read more
One person found this helpful
Report abuse

Her Love with Altitude Series is set in Aspen/Snowmass and described in such loving detail that the place almost becomes its own character! The setting is fun, unique and integral to the story. The story captures the feeling and vibe of this area and the people who live there. You'll be dying for a visit as she describes the beautiful settings and picturesque scenes.

I am not going to dive into storyline details as there are a couple of twists and turns I didn't know about until I read the book; and I want you to be surprised too!

But, I will say that the book contains incredible characters - both good and bad and they're not always fully one or the other! It's great to visit the Aspen crew again and I love Sage, Mara, Zoe and Mae. I want to meet up with them for margaritas at a Tuesday Taco night and you will too! Isn't it the best kind of series that creates characters you love so much that it makes you sad you can't hang out with them in real life? That's how I feel about this crazy cast!

Finally, this book is funny! There are so many quick and clever quips and one-liners. I was giggling and highlighting passages and pages, it is so much fun! This book is a perfect, sweet and sunny summer romance. You should definitely download today!

An advance copy of this book was received from the author. Receipt of this copy did not impact the content or independence of this review. BFF Book Blog also uses a set of icon ratings. This book received additional icons for: butterflies, funny, romance, steamy, supporting characters, sweet, and happily ever after.
Read more
One person found this helpful
Report abuse

Erika G.
5.0 out of 5 stars When it comes to love, you never know! A great, great read! Perfect for summer!!
Reviewed in the United States on 2 July 2018
Verified Purchase
Up To You is my favorite in Daisy Prescott's Love With Altitude series!! Landon and Mae made me feel intrigued, but the deeper I got into this story, the more I loved it! There were so many great scenes, angles and characters that came out of nowhere and surprised me so happily!

I highly recommend this wonderful novel to anyone looking to get lost in a romantic adventure!!
Read more
Report abuse

Kindle Customer
5.0 out of 5 stars I absolutely fell in love With this story!
Reviewed in the United States on 12 June 2018
Verified Purchase
Another story by Daisy Prescott I can say I truly enjoyed.
The story was funny, and heartwarming and I love it.
What l love most about Daisy’s characters is how real they are.
I absolutely fell in love with Aiden
The chemistry between the two characters Aiden and Mae is immediate, little slow but was hot, also hilarious and just totally amazing.
I couldn’t love this book more!
Read more
Report abuse

Lauren Lascola-Lesczynski
5.0 out of 5 stars Love it
Reviewed in the United States on 13 June 2018
Verified Purchase
I love me some Mae...she is a super sassy pants.
Landon is known as a bit of playboy. They are an unlikely pairing...thank GOD that did not work out!
Aiden and Mae are where it's at! Also this story makes me grateful that I was never set up on a date with anyone.
This was a great story that always kept me waiting to keep reading.
Read more
Report abuse
See all reviews
Back to top
Get to Know Us
Make Money with Us
Let Us Help You
And don't forget:
© 1996-2021, Amazon.com, Inc. or its affiliates