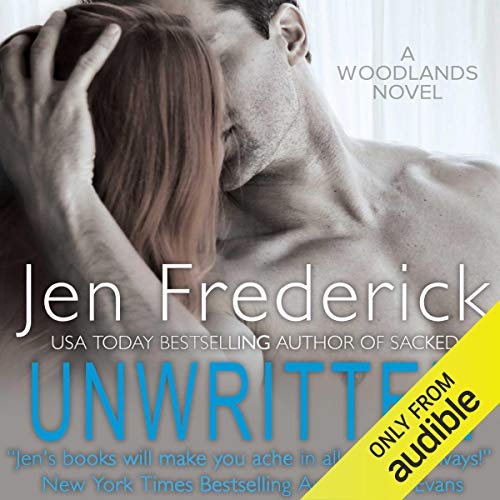 After years of trying to hit it big with his band, Adam Rees' dream is finally about to come true. A new lead singer brings with him a hot tour invite, but with a catch - his sister has to come with them. Despite an off-limits edict, Adam is instantly attracted the smart and beautiful Landry. But if he wants to claim his woman, it might be at the expense of all his ambitions.

Landry Olsen has had success at every stage of her life, except when it comes to men. She's put her heart on the shelf, but one look at Adam and she's a goner. The hot rocker heats her from the inside out, and she wants him as much as he wants her. The only thing standing in the way of their happiness is Landry's brother - she ruined his musical hopes before, and she won't do it again. Even if it means saying no to the one guy who makes her believe in love again.

There's no fruit more tempting than the forbidden kind.

Andi
5.0 out of 5 stars Sweet romance
Reviewed in Australia on 1 October 2017
If you like your rock star romances with heart and kick ass characters then this one's for you. Great series, if you haven't read any of the other books i highly recommend them.
Read more
Helpful
Report abuse
See all reviews

Nicole McCurdy (Emerald Book Reviews)
5.0 out of 5 stars Adam is the agonisingly cool, hot guy that has the money and the ...
Reviewed in the United Kingdom on 11 March 2017
Verified Purchase
<3 4.5 * review from Emerald Book Reviews <3

Unwritten is another prime example of the talent, dedication and imagination that one author needs and in this case has, in order to turn a series of stand alone stories into something so much more profound and entertaining, keeping each book new and fresh so that you are salivating in anticipation for the next one.
Rock star in training Adam has only been on the peripheral of each book up until now, the one guy in the pack that I felt I couldn't really connect with, until now.

Adam is the agonisingly cool, hot guy that has the money and the connections, the determination and drive to succeed in whatever he puts his mind to and in his case, it's playing music. For him there's nothing like the high of playing his guitar and writing songs, he doesn't do it for the money or the recognition and because of that his actions and his thought process are more selective, intelligent and often times regarded as stubborn, in regards to this I found myself torn between admiring his proud persona for sticking to his guns and feeling unreasonably annoyed on behalf of the other characters, but this is always a sign of a terrific book. One where the characters, situations and writing can make you feel various things, good or bad.
Underneath the man that makes the tough calls and the decisions is someone fiercely loyal, talented, sexy as sin and sweet when he wants to be. It's only when his lead singer's sister Landry enters the picture that his life is transformed into something beautifully chaotic and even more complicated.

Landry is so real. She's smart, witty, funny and completely grounded while also being a little bit of a klutz, which is utterly endearing. She has integrity and brains but even she finds it difficult to resist Adam and his charm when he decides she is his 'forever girl'. Every scene that these two are in together is simmering with tension. The heavy silences. The secretive glances. The innocent touches. The not so innocent touches.

'"I know. I was an only child and grew up spoiled rotten." He sits up and slides his arm around my waist. "I have bad habits." He rubs his nose against my cheek. "I always like to get my way. I don't like sharing." He draws me down to the bed. "I'm not interested in any other women, Landry. Just you. Let me love you."'

I have to admit that I am not a rock-star sub-genre lover. It tends to be the same over used template of womanising rock-star who loves to get drunk, the wishy-washy heroine and the over-complicated drama that falls in with it all, usually involving a sociopath groupie stalker. However Unwritten is a stroke of genius. It's fun and flirty, and the banter and camaraderie between the band mates is hilarious and best of all there are no meddling groupies floating into the fold. It's a lovely light read, with a beautiful connection and sexual tension between our heroine and hero without being saccharine sweet. I gave it 4.5* for the simple fact that I felt there were some scenes a little too rushed that needed to be fleshed out more but over all it was a wonderful addition to a very remarkable series.
Read more
Report abuse

Fleetwoodboy
4.0 out of 5 stars A song to sing
Reviewed in the United Kingdom on 12 March 2017
Verified Purchase
As good as you get from Jen. Good story well written with interesting information about the music / bands and a guided tour of The southern states. A slightly steamy love story that flows along nicely .
Read more
Report abuse

Kindle Customer
5.0 out of 5 stars Five Stars
Reviewed in the United Kingdom on 2 June 2017
Verified Purchase
Loved it couldnt put it down
Read more
Report abuse

Christi Love4Books.me
5.0 out of 5 stars Adam's book was worth the wait! Fall in love with him today I did
Reviewed in the United States on 4 March 2017
Verified Purchase
Genre: Romance -Suspense, Rockstar
Stand-Alone: Yes
Part of a Series: Yes - Book 5 of the Woodlands Series All five are stand-alones but are even better together
POV: Landry and Adam
Steam Level: Hot, hot, hot
5/5

By now, I've almost all of Jen Federick's books. The Woodlands Series is how I first discovered and fell in love with Jen Frederick's writing. In the other books of the series, Adam's been around but has remained a mystery. I'm so excited that Adam now has his book. And that he's even better than imagined! Unwritten is sweet and spicy. The sparks between Landry and Adam are smoking hot. I love that both are opinionated, funny, and loyal. I don't want to give too much away but absolutely love this book and both Adan and Landry.

While Unwritten is a stand-alone, it's even better if you've read the rest of the series. The guest appearances of a few of the roommates are quite fun and had me giggling. One question though Miss Jen Frederick: Are we ever going to meet Mal? Is he getting his own story? Please say yes. He's very intriguing.

Unwritten is fast-paced and a quick read. If you're looking for a book full of mystery and steam, love and fun, and hot guys to boot then Unwritten is the book for you. I'll definitely read it again.

I'm reviewing an Advanced Copy of Unwritten from author because I was too impatient to wait for it to come out. :) I'm voluntarily giving an honest review.
Read more
2 people found this helpful
Report abuse
See all reviews