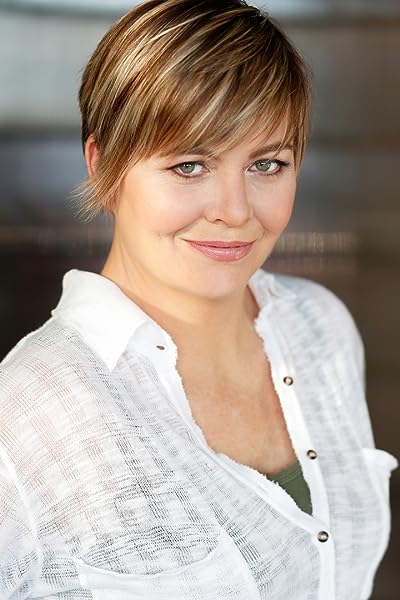 by Lisa McMann (Author)
4.9 out of 5 stars 203 ratings
See all formats and editions
Sorry, there was a problem loading this page. Try again.

The first three books of the sequel series to the bestselling and award-winning Unwanteds series are now available in a collectible boxed set!

Ten years after Alex and Aaron Stowe brought peace to Quill and Artimé, their younger twin sisters journey beyond the islands in the New York Times and USA TODAY bestselling Unwanteds Quests series.

Lisa McMann lives in Arizona. She is married to fellow writer and musician, Matt McMann, and they have two adult children. Her son is an artist named Kilian McMann and her daughter is an actor, Kennedy McMann. Lisa is the New York Times bestselling author of over two dozen books for young adults and children. So far she has written in genres including paranormal, realistic, dystopian, and fantasy. Some of her most well-known books are The Unwanteds series for middle grade readers and the Wake trilogy for young adults. Check out Lisa's website at LisaMcMann.com, learn more about The Unwanteds Series at UnwantedsSeries.com, and be sure to say hi on Instagram or Twitter (@Lisa_McMann), or Facebook (Facebook.com/McMannFan).
Tell the Publisher!
I’d like to read this book on Kindle

Lisa McMann lives in Tempe, Arizona. She is married to fellow writer and musician, Matt McMann, and they have two adult children. Her son is artist Kilian McMann, and her daughter is actor Kennedy McMann.

Lisa was born in Holland, Michigan, and she lived there until 2004, when she moved to Mesa, Arizona with her family. She also spends parts of the year in Sacramento, CA, and Vancouver, BC, Canada. Her first book, Wake, came out in 2008.

In her spare time, Lisa likes to take walks and cook. She also likes to watch TV and movies and loves to read fantasy, realistic fiction, memoirs, and books about cooking and wine.

Lisa is the author of over two dozen books for young adults and children. Some of her most well-known books are The Unwanteds series for middle grade readers and the Wake trilogy for young adults.

The Forgotten Five: Map of Flames is the first book in Lisa's new middle grade fantasy series. Fans of The Unwanteds will love it. It's about five supernatural kids who were born in a deserted hideout and abandoned by their criminal parents. They find a flaming map and enter civilization for the first time in search of treasure...and they hope to find their parents, too. But they soon discover that civilization is not kind to supernatural people like them. Book one comes out 2.22.22, and book 2, The Invisible Spy, will be out in fall 2022.

There are 7 books in The Unwanteds series:

Book 2, THE UNWANTEDS: Island of Silence

Book 3, THE UNWANTEDS: Island of Fire

Book 4, THE UNWANTEDS: Island of Legends

Book 5, THE UNWANTEDS: Island of Shipwrecks

Book 6, THE UNWANTEDS: Island of Graves

Book 7, THE UNWANTEDS: Island of Dragons

THE UNWANTEDS QUESTS series is a spinoff with many of the same characters--seven books in this one, too!

Check out the Going Wild trilogy for middle grade readers as well -- all three books are in paperback, hardcover, and ebook.

For older readers, Lisa has written the WAKE trilogy, about a

TO YOU. And another trilogy, called VISIONS, with books CRASH, BANG, and GASP. Fans of the WAKE trilogy will enjoy this one.

Unwanteds fans should check out the dedicated website at UnwantedsSeries.com.

4.9 out of 5 stars
4.9 out of 5
203 global ratings
How are ratings calculated?
To calculate the overall star rating and percentage breakdown by star, we don’t use a simple average. Instead, our system considers things like how recent a review is and if the reviewer bought the item on Amazon. It also analyses reviews to verify trustworthiness.

rhiannon
5.0 out of 5 stars Good books, awaiting the fourth!
Reviewed in Canada on 23 July 2020
Verified Purchase
Bought this set as a gift for my mom who loved the previous series. She said these were great and is now anxiously awaiting the fourth book.
Read more
Report abuse

Westriver
3.0 out of 5 stars Somewhat disappointed
Reviewed in the United States on 19 June 2021
Verified Purchase
The original septology was great. This new spin-off series wasn't as good as expected. There are many things I didn't like. Would recommend reading the original septology instead of this stuff.
Read more
Report abuse
See all reviews
Back to top
Get to Know Us
Make Money with Us
Let Us Help You
And don't forget:
© 1996-2022, Amazon.com, Inc. or its affiliates