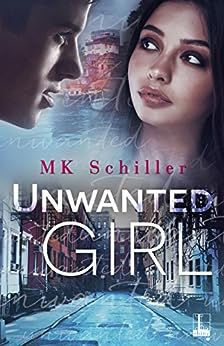 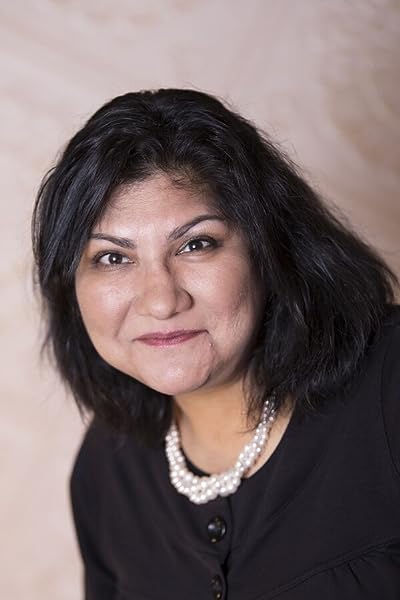 Book addict
5.0 out of 5 stars Complicated, rich love story!
Reviewed in the United States on 15 January 2021
Verified Purchase
Holy cow!!! I just discovered this author and had enjoyed the books of hers I had read up to this point. This one, though, blew me away. It’s a wonderful love story but also an education. I have always felt it was a blessing that I was born in the United States. It’s not like you get to choose where you are born, right? It’s despicable what has taken place and the atrocities others have suffered due to perceived caste systems deeply ingrained in people for generations. I love the theme in the book that’s exposed slowly regarding how can one person change the world? EDUCATION!!! This book was truly awesome and will have me thinking about it for a long time.
Read more
Report abuse

maggie&teddy
4.0 out of 5 stars Cultures Meet
Reviewed in the United States on 26 January 2016
Verified Purchase
I've read a few of MK Schiller's books. My favorites are The Do-Over and Variables of Love and I liked The Other C-Word and its sequels.
I immediately put this on my WL. then I decided to pre-ordered. Then I received an ARC copy (YAY)
I was intrigued by the story of the H & h from different cultures. I thought that this would be similar to Variable of Love. NO it's not. I checked the author's name. Yep Schiller. Wow this book is SO different from her others. It's been a while since her last book.
The ARC copy that I received seemed like it was typed up & sent to me BEFORE an editor had seen it.
There were words than ran together (an "a" was often attached to the word after it). Words and sentences were spread apart on the page. The next sentence and the next chapter were on the very next line. It took some adjusting, but I was getting hooked on the story.
I really LOVE the character development. I loved Shyla and Nick. Nick is a fairly successful author with writer's block and is a recovering meth addict. OH, that was almost a deal breaker. I do admit I have a problem reading about drug addicts or watching TV show or movies about drug dealers & addicts. I'm not unsympathetic, it's just that the story turns into a viscous circle or it glorifies drug use. Big NO-NOs for me. This book didn't do that.
Nick's been clean/sober for a year. He's been going to his "group " regularly. While trying to get his writing mojo back, he's been ordering sandwiches from an Indian family-owned deli. Shyla has been delivering his sandwiches for a quite a while- when one day she brings a sandwich for herself and asks Nick if she could join him for dinner.
They're attracted to each other, and Nick is fairly surprised that shy Shyla makes the first move.
Shyla is an NYU 4th year college student, studying to be a teacher. She tells Nick that she has an idea for a book. Nick and Shyla start their dating relationship and writing her book. Shyla's book within this book is very intriguing and heartbreaking. It's about a baby girl (in rural India) that was found abandoned in a crate in a stream. She was left to die. A woman whose only son had died, finds the baby girl and brings her home. Her husband wants very little to do with the baby girl. When the girl, Asha is school age, the woman enrolls her in school where a catholic Nun, Sara helps nurture and raise the girl. When she becomes marrying age, the "father" arranges a marriage with a young man that has small farm nearby. The story within the story was so sad. The transition between Shyla & Nick's story was very well done. Nick continues to help Shyla write her book from her notes.
Their romance was very sweet but Shyla let Nick know that she's going back to India to teach the poor . It was all arranged. He scholarship and student visa were ending after graduation.
The last third of the book was a big improvement for me. Shyla is actually very strong and firm in what she wants to do with her life. Nick's own writing comes back also. He continues his own writing career. The twist and the reveal at the end was very good. The characters kept me interested, but the beginning of the book was barely a 3 star read for me. I bumped this up to 4 stars-due to the 2nd half.
There's an HEA that satisfied me. Nick was a fantastic leading man and Shyla turned out to be much stronger than I realized. I would love to buy the edited/published copy and reread this again.
ARC received from Netgalley.

Ree Ree
5.0 out of 5 stars Speechless - Best Book I have Ever Read!
Reviewed in the United States on 17 September 2016
Verified Purchase
Right now as I have just finished reading this book, I have so many emotions. This book brings them all, hope, anger, sadness, joy, tears, dreams, encouragement...I could go on and on. This is by far, one of the best books I have ever read. The characters so extremely well developed, the story so well written and plotted. I am actually rather speechless right now but I know this is the kind of story that will stay with me forever.

I actually had a co-worker who was from India and had an arranged marriage. It was great to learn a bit more about another culture. I encourage everyone reading this review to purchase this book. You won't regret it.
Read more
One person found this helpful
Report abuse

Diny123
5.0 out of 5 stars Multi cultural masterpiece
Reviewed in the United States on 28 July 2019
Verified Purchase
Ms. SCHILLER knocked it out of the park with this one. Some of my favorite things to read about, are writers and the writing process. Asha, and Shylas story was heart wrenching. Then add in Nick's past and struggles, this was a true page Turner. When the stories all collided at the end, made it come full circle
I will look for more from M.K.
Read more
Report abuse

Kindle Customer
5.0 out of 5 stars BLEW ME AWAY!
Reviewed in the United States on 12 July 2016
Verified Purchase
I picked this book up when I was in the mood to read a sweeping romance, and this perfectly fit the bill. The writing was sophisticated and balanced, and it drew me in whether or not I wanted to be! These two intelligent and complex characters seeped into my thoughts and into my heart. I couldn't wait to pick up the book again and get lost in their romance.

The love story between Nick and Shyla was beautiful and nostalgic, healing and intoxicating, steamy and innocent. I was swept away and didn't want the story to finish. A major twist at the end surprised me--and not even the twist I expected--and it had me speeding through just to find out what happened. Then I had to reread the ending just to savor the moments, the discovery, the forgiveness...the love. This one gets you right in the heart.

Oh, and it had an amazing epilogue. Get this book!
Read more
Report abuse
See all reviews
Back to top
Get to Know Us
Make Money with Us
Let Us Help You
And don't forget:
© 1996-2021, Amazon.com, Inc. or its affiliates