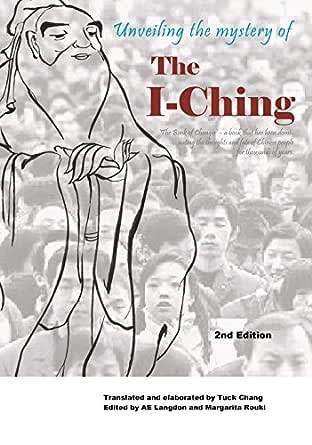 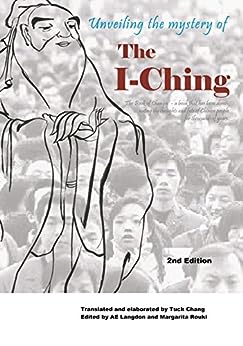 Unveiling the Mystery of the I Ching [Print Replica] Kindle Edition

“Unveiling the Mystery of the I Ching” evolved from Tuck Chang's website which was established to explore and present the deep meaning and value of the I Ching's 64 hexagrams.
Unlike most versions of the I Ching for English readers, Chang's book is a direct translation from the ancient Chinese, not an interpretation of an existing translation. Further, Chang delved into China's oldest dictionary, the 2,000 year old Shuowen Jiezi to create an English version as close to the original text as possible.
As a resident of Taipei, Taiwan, Chang is deeply connected to the culture that produced the I Ching three thousand years ago. As a retired engineer who frequently worked in English, he's also familiar with Western thought and attitudes.
His broad background, combined with his passion for the I Chin, Chang undertook 3 years of closed-door meditation to probe its insights. This has allowed him to bring the enduring wisdom and fascinating, dynamic structure of the Chinese classic to 21st century English readers.
Whether you're new to the I Ching, or a long-time aficionado, “Unveiling the Mystery of the I Ching” will keep you interested, guided a

Tsadok
5.0 out of 5 stars Great Uncovering of the Subject
6 December 2017 - Published on Amazon.com
Verified Purchase
Every I Ching book has a different focus when translated. This explains how an image is derived from the structure. It can be a little intimidating for a beginner, but intermediate and advanced students will appreciate. Very rare to have Chinese authorship offering their perspective / translation of an ethnic literary tradition. Be warned that this book's content skips certain topics like 'How to create the hexagram for inquiry' because this work itself is heavy explaining subtle shifts of the line's dynamics and interactions within itself and the connection with a subsequent hexagram.
Read more
3 people found this helpful

adarkana
5.0 out of 5 stars A "Must Have"
6 April 2019 - Published on Amazon.com
Format: Kindle EditionVerified Purchase
Have only been working with this translation for a few days, but can say it's without doubt the most innovative I've acquired in many years (and I bought out Powell's inventory of ones I did not already own 16 months ago). Have never found a more accessible interpretation of the interplay between, and evolution of, moving lines. Drawing two or three or more of these, in any sequence with any hexagram, seems here to make sense. As testament, I bought the Kindle version & am returning to acquire a hard copy too, it's going to become my working notebook for at least the next year.
Read more
One person found this helpful

Clay Alberty
5.0 out of 5 stars along with excellent translations and commentary
5 October 2017 - Published on Amazon.com
Format: Kindle EditionVerified Purchase
Lots of very detailed information on each hexagram. Beyond what most other books provide, Chang includes detailed descriptions of inner and changed forms, sequences of hexagrams, along with excellent translations and commentary. His writing on technical aspects is clear and easier to follow than Wilhelm, and is easily relatable to readings. I have used the online version for years and it is still an invaluable resource.
Read more
3 people found this helpful

SKO
5.0 out of 5 stars A traditional Chinese interpretation
30 April 2018 - Published on Amazon.com
Verified Purchase
Excellent! A very readable traditional Yijing from a native Chinese author. Required reading if you wish to understand the Chinese approach to the Yijing. Agree with the other reviewer that it deserves to be better known.
Read more
Go to Amazon.com to see all 9 reviews 5.0 out of 5 stars
Get FREE delivery with Amazon Prime
Prime members enjoy FREE Delivery and exclusive access to movies, TV shows, music, Kindle e-books, Twitch Prime, and more.
> Get Started
Back to top
Get to Know Us
Make Money with Us
Let Us Help You
And don't forget:
© 1996-2020, Amazon.com, Inc. or its affiliates