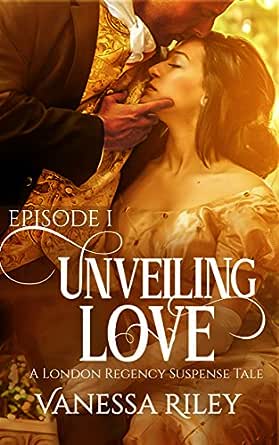 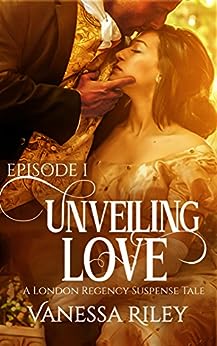 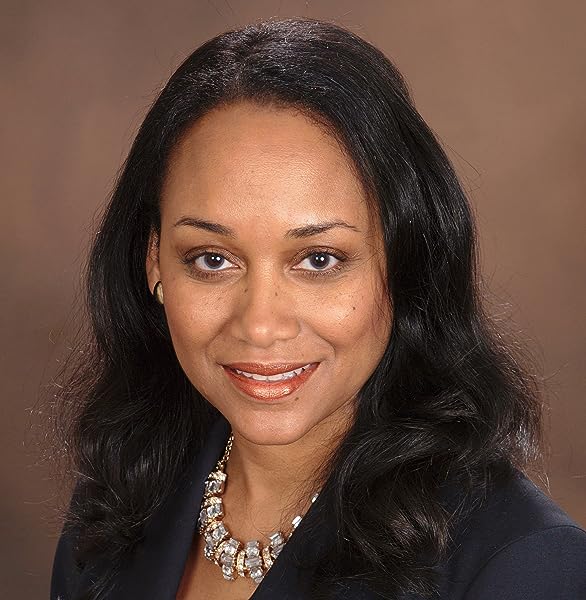 Vanessa Riley is an author who stands out not only for her unique take on Regency romance but in her excellent writing ability. Following in the Dickensian tradition of serial fiction Unveiling Love, episode one in this author's London Regency Suspense Tale, quickly had me invested in its intrigues. While there was an inspirational aspect to this tale the conviction of the characters came across peripherally and did not dictate who they were. Well researched Ms. Riley shows readers a side of Regency culture often not depicted in her portrayal of a multi-cultural cast. All things said though it is ultimately the touching relationship between the emotionally wounded hero and heroine in this work that will keep readers involved in this secret filled, nicely written story! - Jenerated Reviews

Romantic Suspense in the courtrooms and hidden places of Romantic Regency EnglandWinning in the courts, vanquishing England's foes on the battlefield, Barrington Norton has used these winner-take-all rules to script his life, but is London's most distinguished mulatto barrister prepared to win the ultimate fight, restoring his wife's love?

Amora Norton is running out of time. The shadows in her Egyptian mind, which threaten her sanity and alienate Barrington's love, have returned. How many others will die if she can't piece together her shattered memories? Can she trust that Barrington's new found care is about saving their marriage rather than winning the trial of the century?

This is the first Regency Romance episode of four. (Look for Unveiling Love - London Suspense: The Complete Regency Tale)

Dear Lovely Reader,
Unveiling Love is a serialized historical romance or soap opera told in episodes. Each episode averages three to eight chapters, about 18,000 to 30,000 words. Each episode resolves one issue. Emotional cliffhangers may be offered, but the plot, the action of the episode, will be complete in resolving this issue.

My promise to you is that the action will be compelling, the romance passionate, and the journey like nothing you've read before. I will tell you in the forward the length. This episode, Episode I, is eight chapters long, 28,000 words. Enjoy this Regency Romance.

RCH
1.0 out of 5 stars Really not for me
7 September 2016 - Published on Amazon.com
Verified Purchase
I'm not sure what I missed with the good reviews. I generally don't leave bad reviews but there was no story and most of the writing was based on an abduction and rape. Absolutely no way I would have read this had I known.
Read more
64 people found this helpful

Ruth Stinnett
1.0 out of 5 stars A Bitter Disappointment
30 September 2016 - Published on Amazon.com
Verified Purchase
This book made me furious. I get angry when I buy a book but only get an installment of the story, Now I would not read the rest of the story for anything.
Read more
58 people found this helpful

Full of Hope
5.0 out of 5 stars Passion, Doubt, Faith, and Intrigue
15 February 2017 - Published on Amazon.com
Verified Purchase
"Thank you. I like the light."
"You have to do more than just like it. You have to seek it, fight for it to be in your life."

As a barrister, Barrington Norton is serious about fighting for life, truth, and justice in court. But his wife, Amora, doubts that he may be as serious about working with her to save their tenuous union. Yet, her inability to fully recall a nightmarish incident in her past could undermine any efforts toward their marriage in Unveiling Love, a Regency suspense tale by author Vanessa Riley.

I think it can be easy for a contemporary writer to rely on the interesting manners, frills, and glamorous motifs of England's Regency period and leave out the kind of deeper, human exploration that makes novels like Jane Austen's so great. Hence, while a story may have Austen-like qualities on the "outside," it can fall flat beneath its English frills.

Thus far, Unveiling Love is no such flat or flimsy story. I'm not comparing it to Austen's work, as Barrington and Amora's tale comes from a whole different kind of outlook and whatnot. And I did notice minor errors and inconsistencies in the writing.

But I also noticed the story's layering, and the author's poetic style that shines or pierces in places. I noticed the nuances in characters' development and interaction. It annoyed me when Barrington and Amora would jump to drastic conclusions in their heads, but it wouldn't make them suddenly jump out of character with melodramatic tantrums, as might have been the case in a flimsier story. No, the balance and tension between their thoughts and actions make them all the more believable.

Plus, of course (absolutely of course), I'm thrilled to be reading Regency romantic suspense with main characters of color. I don't run into this kind of book every day. And this tale of passion, doubt, faith, and intrigue has me most curious to see if this husband and wife are indeed going to seek and fight for light.
Read more
3 people found this helpful

Danielle Corrow
3.0 out of 5 stars Good Read
12 April 2016 - Published on Amazon.com
Verified Purchase
Although this ends in a cliffhanger the book was very well written. It kept you wanting to read. I liked that fact the characters were different then so many other stories.
Read more
20 people found this helpful

Robin_Tre
1.0 out of 5 stars Leaves you hanging
20 September 2018 - Published on Amazon.com
Verified Purchase
I didn't realize, until I'd slogged my way through the self-inflicted angst both the main characters torment themselves with, suffering that a teensy bit of open communication would in all likelihood resolve, that this is sub-titled "episode 1". i.e. nothing is resolved, and one would have to slog through further episodes to find out what happens to these characters & their relationship. That I kept going to the end of this particular episode is sufficient proof that I cared enough about the characters to keep going, but I'm afraid that I don't care enough to spend money on episode 2, that in all probability also will also not end with a resolution for the characters, whether satisfying or not.
Read more
3 people found this helpful
Go to Amazon.com to see all 43 reviews 3.3 out of 5 stars
Get FREE delivery with Amazon Prime
Prime members enjoy FREE Delivery and exclusive access to movies, TV shows, music, Kindle e-books, Twitch Prime, and more.
> Get Started
Back to top
Get to Know Us
Make Money with Us
Let Us Help You
And don't forget:
© 1996-2020, Amazon.com, Inc. or its affiliates