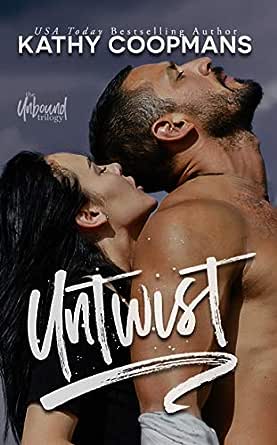 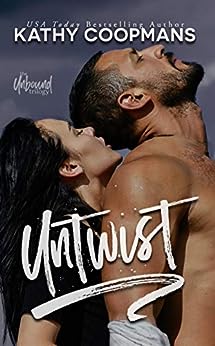 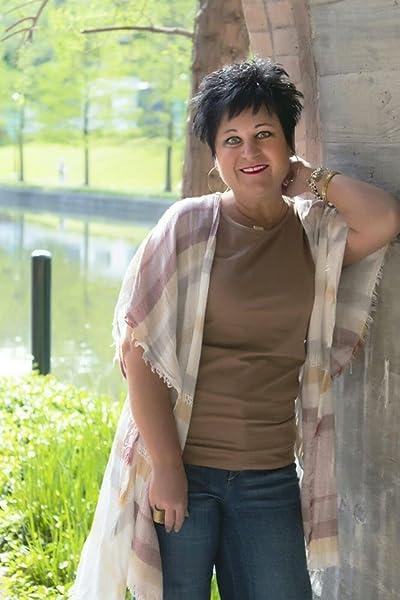 Wiley Kate (Kylee)
TOP 1000 REVIEWER
5.0 out of 5 stars Unraveled, undone and totally untwisted
Reviewed in Australia on 6 November 2019
First you left me unraveled, then you had me completely undone but the shining light to this whole trilogy is how you had my heart and soul untwisted by the end. The conclusion to the Unbound trilogy was breathtaking, emotional and so very powerful. The words that at times broke my heart were also the ones that healed it all the same. Logan and Ellie take the final journey, the one where change, sacrifices, truths and above all love and family are what unbinds them from the hurt and the pain that these two have suffered. Two souls that were destined to find the light that would release them from the dark. A poignant and touching story that may take you to the depths of darkness but when a love so strong and so bright lights your path it will make every moment in the dark worth it. An absolutely beautiful journey of two people who owned me from the start.
Read more
Helpful
Comment Report abuse

corrinne
TOP 1000 REVIEWER
5.0 out of 5 stars Wow what a series ! Must read
Reviewed in Australia on 15 November 2019
Gee you didn’t untwist me Kathy coopman you twisted me up !!
Wooah what a finish to a series
I have to say without giving it away the mum bit near the end Gahh got me !! Seriously I was holding back until then ! Then in all honesty at the end you did unravel undone And untwist me ! I am so sorry it’s finished please do Logan’s brother stories Seth and lanes and also gabes and Lazaro’s .
Wow what a series!! 5 stars 🌟🌟🌟🌟🌟 again !!
Read more
Helpful
Comment Report abuse
See all reviews from Australia

Dawn Hurst
4.0 out of 5 stars Oh the ending
Reviewed in the United States on 1 May 2020
Verified Purchase
I loved this trilogy, it was action packed and filled with both main and secondary characters that i just want more of. I am hoping that the amazing secondary characters receive their own books, as they all deserve their stories to be told and happy endings.
This last book in the trilogy was hard to read at times, i actually cringed during parts of the very descriptive tough scenes. I also know that these scenes were necessary to put closure to Shadow, which had been ongoing since the beginning of the trilogy. Hard to read yes, but it fit into the storyline as the characters played part to what was almost expected to happen. The scenes with Shadow, although expected that something would happen with him, brought details that made you think, cringe, got your heart beating and your blood boiling, and in the end brought closure to his part of the trilogy in a way that i feel was satisfactory.
Author Kathy Coopmans really did an amazing job with this trilogy! Throughout, the storyline read so smoothly, each new book picked up without any areas of confusion or thinking you've missed something- the trilogy just flowed as if it were one very long book- effortlessly! Each book was filled with love and hate and personal obstacles, seeing these obstacles being overcome and the growth of all characters was very well done!
For me, this would have been a 5 star read- however some editing errors kept me from that rating. Usually, i would have marked the areas to possibly pass forward, but because i am reading this final book in the trilogy well after its been released i didn't. ( i assume they may have been caught already) However there was one area that really stood out to me. At one point there was a (?) in the book, i can only assume that there was something to be added in its spot. Being a curious person i really would like to know what was supposed to be there, added there or whatever the case may be. That was the biggest thing of the ten or so errors that caught my attention!
Read more
Helpful
Sending feedback...
Thank you for your feedback.
Sorry, we failed to record your vote. Please try again
Report abuse

CeeJay Daisy Booklover
5.0 out of 5 stars ♥️🌼🔥 YOU CAN FEEL THE LOVE BETWEEN LOGAN & ELLIE...♥️🌼🔥
Reviewed in the United States on 8 January 2020
Verified Purchase
Whoa...UNTWIST was the perfect ending to the Unbound Trilogy, and Logan Mitchell is one of the hottest characters ever!!! plus I had these hot book covers to look at through the whole series...If you haven’t already, read UNDONE and UNTWIST, the first two books of this series, DO IT NOW, before you read UNTWIST...♥️🌼🔥
Twisted is an appropriate description for this story....Logan Mitchell was a successful business owner and “teacher” before he found Ellie...Behind Closed Doors is a sex club, and Logan doesn’t just own it.....And Logan doesn’t just work there...Logan has pretty much made it his life...Then he meets Ellie, and EVERYTHING changes....♥️🌼❤️
Ellie is a sweet girl, and she has had some life most altering experiences in her short life...but she’s one of the strongest heroines Ii have ever read....But she is not a victim...she’s definitely a survivor.....and at the end of UNDONE we saw Shadow is now out of prison, and that means all bets are finally off...I loved how mature these characters are...no playing games...they say what they mean and they mean what they say.... ...And I’m not giving anymore away...you need to read ♥️🌼♥️
This book ...this series, actually, has so much good “stuff” in it....I laughed...I cried real tears...and I had every emotion in between..To me, the sign of a good book is one that makes you feel....UNTWIST is a good book, and I highly recommend this series....♥️🌼🔥
Read more
Helpful
Sending feedback...
Thank you for your feedback.
Sorry, we failed to record your vote. Please try again
Report abuse

Lisa
5.0 out of 5 stars Perfect ending for Ellie and Logan
Reviewed in the United States on 7 November 2019
Verified Purchase
This was an amazing conclusion to this fantastic trilogy. Ellie and Logan deserved this book and for this story to play out the way it did. Ellie was such a strong and amazing heroine. Logan definitely deserved Ellie for his HEA. He had to go through so much and work so hard to get there but it was definitely worth it in the end.

I truly couldn't love this story more. I don't want to give too much away just read this trilogy now.

Can't wait to see what stories we get from the brother's.
Read more
Helpful
Sending feedback...
Thank you for your feedback.
Sorry, we failed to record your vote. Please try again
Report abuse

Christie L Marsh
5.0 out of 5 stars Trilogy Fantastic
Reviewed in the United States on 7 November 2019
Verified Purchase
This series ended with a bang. It started with me on the edge of my seat and kept me there as the story continued. I fell in love with this story from the first and am completely hungover with this couple. It was very emotional, sexy and exciting to see how the characters unfold and the strength that overcomes it all and takes them to where they need to be.
Read more
Helpful
Sending feedback...
Thank you for your feedback.
Sorry, we failed to record your vote. Please try again
Report abuse

Jeni A. Clancy
5.0 out of 5 stars Get Your Tissues Ready With This Read!
Reviewed in the United States on 28 November 2019
Verified Purchase
I absolutely LOVED this series! This book was the PERFECT ending to it!

Nothing is ever easy for Logan and Ellie throughout this series and this book is no different. You need to read this AMAZING series to see how their relationship grows into love and if it all works out well in the end for this couple.
Read more
Helpful
Sending feedback...
Thank you for your feedback.
Sorry, we failed to record your vote. Please try again
Report abuse
Load more international reviews

Rhonda
5.0 out of 5 stars 5 UNTWIST STARS!!
Reviewed in the United States on 6 November 2019
Verified Purchase
5 UNTWIST STARS!! The ending of this trilogy is the icing on the cake. It was delicious with all the feels, I devoured every word as quickly as possible. Ellie is so strong and beautiful and Logan is her everything. This is one of the best trilogy I have ever read. If you have not started this trilogy, what are you waiting for.....it is called binge reading.
Read more
Helpful
Sending feedback...
Thank you for your feedback.
Sorry, we failed to record your vote. Please try again
Report abuse

Christine Stalker
5.0 out of 5 stars Epic ending to an amazing story
Reviewed in the United States on 6 November 2019
Verified Purchase
An amazing ending to this fantastic trilogy. Could not wait for this finale book.It did not disappoint it was everything I hoped it would be and more. This story gives you all the feels. Logan and Ellie became what they each need and then some. Best trilogy I’ve read this year. Must read.
Read more
Helpful
Sending feedback...
Thank you for your feedback.
Sorry, we failed to record your vote. Please try again
Report abuse

Denise Scott
5.0 out of 5 stars Love and hell on earth
Reviewed in the United States on 15 November 2019
Verified Purchase
Wow the story and ending make me want to read what happens to Logans brothers Lane and Seth since there just has to be a book after this one . Elle has such a strong relationship with her best friend and her Mom that I cannot see them being apart .
Read more
Helpful
Sending feedback...
Thank you for your feedback.
Sorry, we failed to record your vote. Please try again
Report abuse

Mandy ingersoll
5.0 out of 5 stars Books
Reviewed in the United States on 20 December 2019
Verified Purchase
Was a great gift they like it
Read more
Helpful
Sending feedback...
Thank you for your feedback.
Sorry, we failed to record your vote. Please try again
Report abuse