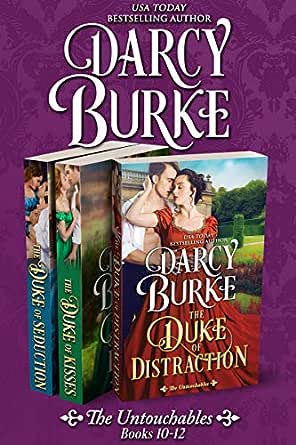 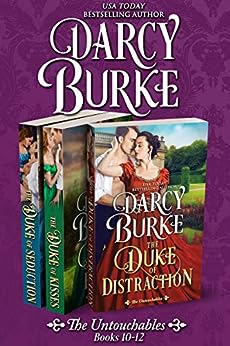 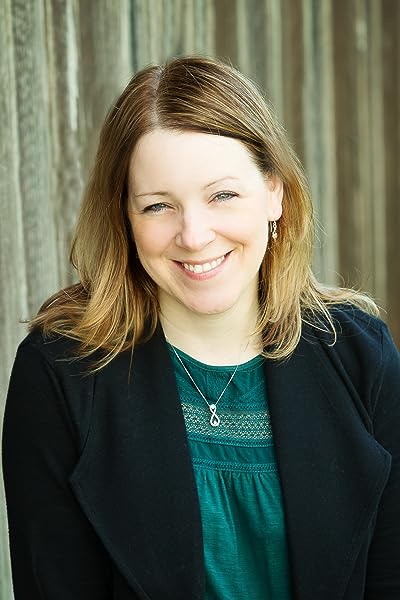 Robyn
4.0 out of 5 stars Loved this series.
Reviewed in Canada on 24 March 2020
Verified Purchase
Great read. I love this series. You get really attached to the characters. Darcy Burke knows how to draw you in.
Read more
Report abuse

Animal Lover
5.0 out of 5 stars WONDERFUL SERIES
Reviewed in the United States on 25 October 2020
Verified Purchase
#10 THE DUKE OF SEDUCTION - True Love Leads To Light

This story is about Lady Lavinia Gillingham who was introduced in previous book in this wonderful series. This is a time when most men did not accept or were threatened by a lady with a mind of her own. Beautiful and intelligent and in love with geology, Lavinia, hopes to marry for love - or at least a partner who will understand and accept her scientific curiosity. Content to be a wallflower with her friends, she escapes into the library during a ball to read a book on rocks. Enter William Beckett or Beck, Marquess of Northham, who sneaks into the library for a rendezvous with a married lady - and mistakes Lavinia for her!! Apologizing Beck is intrigued by Lavinia when she explains her love of science to him. But Beck has a secret - he is the notorious Duke of Seduction. Because of the way he lost his older sister 16 years ago, he writes poems printed in the newspaper about a particular lady who has been overlooked by society. So far 3 out of 4 have ended in marriage simply by his bringing the lady to the ton's attention. He does the same for Lavinia - and she is furious! Beck is drawn to Lavinia and she tells him of her anger of being thrust into the spotlight. He has no idea that he has caused her harm and seeks to find a way to right it. Beck is a poet and loves music and its composition especially accompanied by his guitar. He harbors a secret which engulfs him in darkness - it started when his love was rejected at Oxford, but really took a dive with his older sister's death. years earlier When Lavinia decides to write to the newspaper condemning the Duke, Beck confesses. Lavinia's anger turns to sympathy and understanding when she realizes his motives. Now Beck must help Lavinia bring a man to propose or her parents will make the choice. But Beck is soon swallowed by darkness as he uncovers more truth about his sister's death. He realizes his moods are leading him into a dark place and yearns for the light Lavinia represents. Lavinia is attracted by this handsome rake, poet and musician, such an artistic soul that is so fragile. Circumstances converge bringing the truth of 16 years before and overwhelming darkness if Beck does what he thinks he needs to do. But Lavinia is there to offer him the light of her love and justice - if Beck will only accept! Enchanting story of redemption and forgiveness of not just others, but of oneself - the only way to overcome the darkness is to strive for light - Love is the greatest treasure!

Miss Frances Snowden - Fanny - now lives with her brother-in-law and sister, Ivy, Duchess of Clare. Fanny is delighted to be reunited with her older sister after 10 years when she was disowned by their parents (story in previous book #4 Duke of Desire). Accident-prone Fanny was walking out in the cold on the Duke's estate chasing a rabbit when she meets a handsome stranger. He claims to be a steward, she a housemaid. The magical Christmas encounter ends in a kiss as he show her the way back home. David Langley, Earl of St. Ives, is captivated by Fanny, her beauty, honesty, kindness. Both never think they will see each other again. But fate has other plans. Fanny and Ivy go to London for the season, where the two meet again. - and their mutual attraction is kindled. But David promised his dying father he would marry his friend's daughter. Added is the revelation his mother explains of his aunt's kidnapping by a servant 30 years ago who is Fanny's great uncle. Even though both are dead, the hatred is very alive in the hearts of their families. With so much adversity, can their love survive? David tries to honor his father's wish, but his heart beats for Fanny. Fanny fell in love with David from their first meeting. Can she ask him to dishonor his vow? Enchanting story of how love can overcome obstacles and shed light on the truth which sets all free of the past to live for today and the future!

#12 THE DUKE OF DISTRACTION - Love is a Gift

Miss Sarah Colton fears she is destined for spinsterhood. She refuses to marry unless it if for love. An artistic hat designer, Sarah is determined to open a shop to sell her creations - with her behind the scenes. Entering her 4th season, her parents want her married - even if they must choose the groom. Felix Havers, Earl of Ware, is her brother Anthony's best friend. Sarah has known him since she was small. Felix is always at the center of activity and offers to help Sarah find a husband. Felix is a wounded soul - his mother died giving him life and his father blamed him for losing his beloved wife. Never allowing Felix to forget he caused his mother's death, his father drank and beat emotion out of his son. Felix showed the world a mirror image with no emotion, good or bad, and refuses to marry. During the house party to find Sarah a husband, a mistake throws Felix and Sarah together in a kiss that sparks a change! Felix is determined to keep his distance, but he meets his match in Sarah who doesn't understand why Felix is always helping others, but no one brings him happiness. Can Sarah show Felix that nothing is guaranteed in life, except to meet each challenge together.
The Epilogue of this last book is a wonderful weaving of all 12 books' characters together in a scene from the first! It is a wonderful romantic and enchanting series where adversities are met and lives blessed with joy!
Read more
Report abuse
See all reviews
Get FREE delivery with Amazon Prime
Prime members enjoy FREE Delivery and exclusive access to movies, TV shows, music, Kindle e-books, Twitch Prime, and more.
> Get Started
Back to top
Get to Know Us
Make Money with Us
Let Us Help You
And don't forget:
© 1996-2020, Amazon.com, Inc. or its affiliates