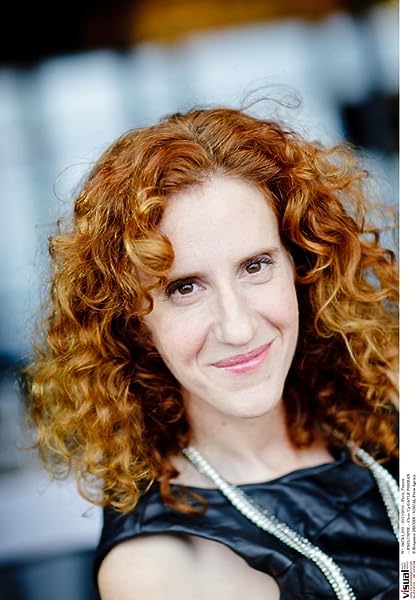 by Gayle Forman (Author)
4.2 out of 5 stars 19 ratings
See all formats and editions
Sorry, there was a problem loading this page. Try again.

Gayle Forman is an award-winning author and journalist whose articles have appeared in numerous publications, including Seventeen, Cosmopolitan, and Elle in the US. Gayle Forman’s novel, If I Stay, was released as a blockbuster movie starring Chloë Grace Moretz in 2014. Her most recent YA novel is We Are Inevitable. Gayle lives in Brooklyn, New York with her family.
Start reading We Are Inevitable on your Kindle in under a minute.

ShannonVM
5.0 out of 5 stars A thoughtful heart-tugger.
Reviewed in the United States on 1 June 2021
Verified Purchase
I was going back and forth on my star rating for We Are Inevitable, between 4 & 5, but I decided I’m giving it all the stars. I really enjoyed this story, kind of loved it actually. It was messy and real, and I want to live in its world. I thought Aaron was a great character. He’s put in a tough position and he did the best he could, considering he’s only 18. I liked how much he grew over the course of the book. Yes, some might find him unlikable at first, but I found him to be very compelling. I don’t know of many 18 year olds who could have handled everything that was thrown at him, in the way he did, without completely losing it.
I loved the setting, the small town, the side characters. I loved the way they all played such important roles in telling this story. Yes, there is side of romance in the story, and meeting Hannah does make Aaron start looking at his life differently, but to me the romance was just another piece to the puzzle that is Aaron. It helped his story move along, but I didn’t feel it was this great epic romance, although it did have a profound effect on him.

We Are Inevitable is a thoughtful, humorous, heart-tugging story. It deals with some tough subjects in very realistic ways. And I enjoyed the heck out of it.

Melissa Neeley
5.0 out of 5 stars An ode to bookstores and book lovers.
Reviewed in the United States on 2 June 2021
Verified Purchase
A well written book that touched on grief, addiction and love. References many books that I have already read and emphasizes the importance of places like bookstores have on their community.
Read more
Report abuse

Kindle Customer
5.0 out of 5 stars Fantastic read!
Reviewed in the United States on 23 August 2021
Verified Purchase
As is normal with Gayle Forman this is another well written, great read. The story is fun and relatable making it a quick page turner.
Read more
Report abuse

Isi Larraguibel
5.0 out of 5 stars Never disappoint
Reviewed in the United States on 27 August 2021
Verified Purchase
Gayle Forman is always a good choice. I loved this booked and it really reminded me why I love to read. Completely recommended
Read more

5.0 out of 5 stars Never disappoint
Reviewed in the United States on 27 August 2021
Gayle Forman is always a good choice. I loved this booked and it really reminded me why I love to read. Completely recommended
Images in this review