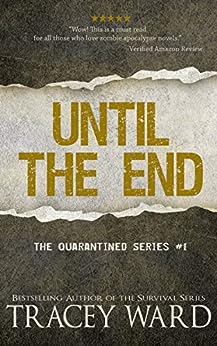 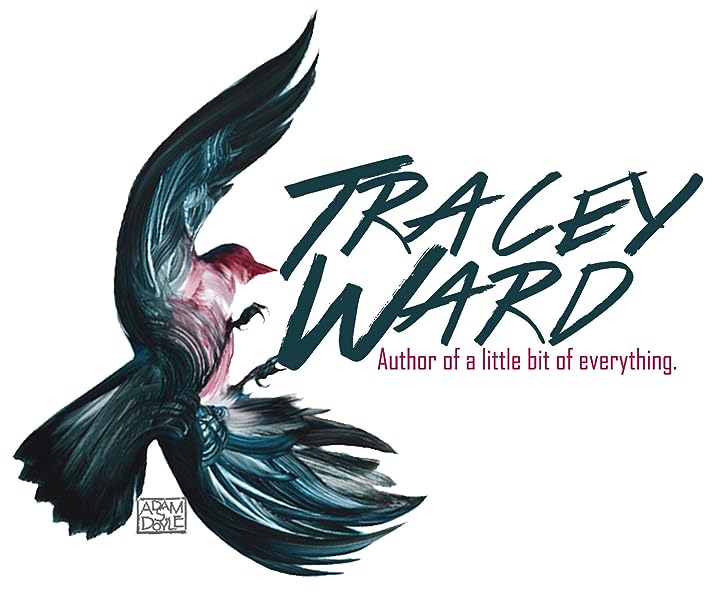 Paula
4.0 out of 5 stars Hold the phone
Reviewed in Australia on 10 January 2015
I had to give this book a 4 because there was an element of the storyline that didn't run true for me. The world is ending, infected run the cities, but there is electricity. We can charge mobile phones, either that or the battery is never ending. I understand that the ide behind this novel is that the area under threat is supposedly unde quarantine, but with cities overrun by the living dead, society would presumably collapse. How is the internet still running, news broadcasts still available and the internet still working? Having said that, I like the characters. There are aspects of Ali's character that I can relate to, Jordon is the type of guy I would want to be with, and Syd shows a belief in Ali, a strength upon which she draws' allowing her to grow as a person and face adversity, making the unmanageable manageable. I like Tracy Ward as an author' I have read another of her books. I want to see how the story ends, but am kind of sad that it won't be told from Ali's point of view. I hope we still get to see the strength and capability of Ali in e second book in this series.
Read more
Helpful
Report abuse

Kay Mack
TOP 500 REVIEWER
5.0 out of 5 stars Ali is a hero!
Reviewed in Australia on 27 April 2020
Verified Purchase
This is the first novel written by Tracy Ward that I’ve read and I’m very impressed. I love the characters, especially Ali, who is so real I want to hug her. Ms Ward handles Ali’s mental/emotional issues with a strong, knowledgeable and compassionate hand. There is plenty of action, mostly Ali and Jordan fighting off the zombies but there is more. To me this story showcases the need for family, acceptance, strength of will and love. A beautiful, at times haunting, story on surviving the apocalypse with those you care about.
Read more
Helpful
Report abuse
See all reviews

Kindle Customer
5.0 out of 5 stars A must read!!
Reviewed in the United Kingdom on 11 May 2021
Verified Purchase
couldn't put this book down, if the thought of the living dead is not enough for you this book definatley has a little something extra with alissa and how her illness affects the story and her interactions with Jordan and other characters. Thank you for something a little diffrent.
Read more
Report abuse

Tina Young
5.0 out of 5 stars Zombie fiction at its best!
Reviewed in the United Kingdom on 29 October 2017
Verified Purchase
I absolutely loved this book. Alissa is a great heroine and the author tackled the mental health issues fantastically. It was really refreshing not to go through the whole "what's going on?" thing where nobody knows what a zombie is or how to kill it. Also really refreshing that the author wasn't afraid to use the word 'Zombie' as many other authors are.
Read more
Report abuse

Wendy
5.0 out of 5 stars Brilliant
Reviewed in the United Kingdom on 24 November 2017
Verified Purchase
I really enjoyed this book. Its about more than just zombies its about mental health, love, family and survival. Ive really become addicted to the life of these 2 and cant wait to read the next book . Definately worth a read
Read more
Report abuse

Alexandria Blundell
5.0 out of 5 stars Zombie world, with a sprinkle of romance
Reviewed in the United Kingdom on 3 February 2015
Verified Purchase
Until the end is a perfect example of the zombie romance novels that are pretty popular at the moment. It has a brilliant mix of both gory action and genuine love not just between the two protagonists (Alissa and Jordan) but also between the female and her uncle/ Dad (Syd ), this relationship is developed further in Quarantined book 2, In the End. To me the romance was far from your typical cheesy romance and both Alissa and Jordan often worries about their relationship and whether or not it is wise considering their potential death. This book has creative action moments all the way through and in the first couple of chapters the outbreak begins and Alissa finds one of her flat mates eating the face of another which set a blood thirsty tone for the rest of the book. I personally loved this book and would recommend this series to anyone interested in reading about loyal, loving relationships in a world that has been ravaged by flesh eating Zombies, perfect juxtaposition!
Read more
Report abuse

lisa
4.0 out of 5 stars Good read
Reviewed in the United Kingdom on 21 March 2019
Verified Purchase
Great book not your typical zombie apocalypse book had a love story thrown in the mix to
Read more
Report abuse
See all reviews
Back to top
Get to Know Us
Make Money with Us
Let Us Help You
And don't forget:
© 1996-2021, Amazon.com, Inc. or its affiliates