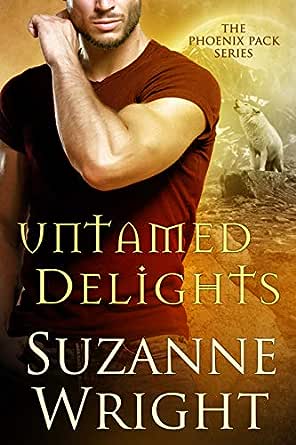 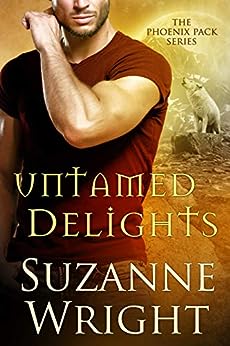 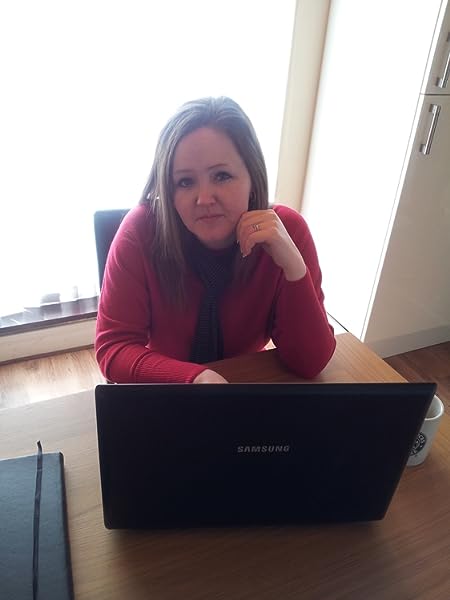 Return to the sensual and feral stirrings of the Phoenix Pack as a woman who’s already bound to one man is tempted by a wolf who’s bound only to his nightly desires.

Cat shifter Mila Devereaux can’t help but see it as a betrayal. That her one true mate imprinted himself on another female was hard enough to accept. Struggling to be at peace with her loveless fate, she doesn’t fight the suggestion of entering an arranged mating. Then she meets Dominic, a pack enforcer with a notorious reputation. It’s in his very scent. This irresistible playboy—and delicious badass wolf—is making Mila’s fantasies come alive again.

Alarming, compelling, and heady with sensual energy, Dominic is an expert at making women shed their inhibitions. Now everything about him—his killer smile, his perfectly sculpted body, and his smooth-as-honey voice—is drawing in a captivating new catch. But for the first time in his life, Dominic is feeling more than a fling. He finds himself tantalized by a female who makes him think of forever. He wants all of Mila and won’t be satisfied until he has it.

As the passion grows wild, so does the risk. They’re falling in love in the shadows and secrets of their pasts. And it’s threatening to destroy everything Mila and Dominic are fighting for. And are destined for.

Suzanne Wright is the author of From Rags; Shiver; the Mercury Pack series; the Deep in Your Veins novels; the Dark in You series; and the Phoenix Pack series, which includes, most recently, Wild Hunger and Fierce Obsessions. She lives in England with her husband, two children (one angel, one demon), and bulldog. When she's not spending time with her family, she's writing, reading, or doing her version of housework--sweeping the house with a look. Visit her online at www.suzannewright.co.uk.

BK Baines
TOP 100 REVIEWER
5.0 out of 5 stars 5 Stars
20 July 2019
Format: Kindle EditionVerified Purchase
Loved it!!! Loved it!!! Loved it!!!
I'm so glad that Dominic's book was left to last as it really was the perfect way to finish off this series. Wow its such a bittersweet read as we have been hanging for this book but sad to see the series come to an end. This author has such great character/world development that its hard to let them go! (though re-reads will happen of course).
Dominic has been the scene-stealer since the beginning, with his cheesy lines to the ladies and I'm glad to say that he stayed true to his self and while they of course were re-directed, he still did them with Mila. Loved that his pack-mates got to say a few lines to Mila as well!.
Dominic had so much more depth to him and for this I am glad, he wasn't just the playboy persona he portrayed and it was great to get his back history that explained a lot of his behaviours.
Wow did this couple have some smokin' hot chemistry that lead to some steamy scenes!
Mila, I loved, and I think she was perfect for Dominic, even though she wasn't this true mate. I loved the bond they formed. She was such a strong character, who went through a lot of attempts on her life and came out the other-side still as strong as ever.
Lots happening in this one and we got some new interesting secondary characters with Mila's family who I'm happy to say will be having a spin-off series with the Olympus Pride series, YAY for that and this author has commented that the Phoenix pack characters will make cameo's!!! Wooo hooo.
Huge thank you for the many hours of entertainment this series has provided me!!
The epilogue was AMAZING and I felt wrapped it up nicely with mentions of all the pack members. Overall a fantastic end to an overall fabulous series. Can't wait for anything else this author writes!

Kelly
TOP 50 REVIEWER
4.0 out of 5 stars Great ending to the series
17 July 2019
Format: Kindle EditionVerified Purchase
I love The Phoenix Pack series, and I love that it finished with Dominic - the pack enforcer with the playboy reputation and wicked sense of humour. I've been waiting for so long to see him get his happily ever after, and just who would be the lucky lady to finally land him.

Mila was such a great character. She is strong minded, stubborn, determined, and doesn't allow Dominic to walk all over. For the first time, Dominic's charm isn't working like he expects it to, he actually has to put in effort and show some of his true self to even have a small chance of convincing Mila he is worth her time. I loved it - it was about time someone spurned his advances. Lots of action and fight scenes in Untamed Delights, Dominic's more serious and brutal side is shown when Mila's life is threatened.

I LOVE MILA'S FAMILY!!!!! Her parents, brother, and uncles. I really enjoyed the scenes her brother featured in, so I really hope he gets his own book in the upcoming Olympus Pride series. All the banter between them when they were all together was hilarious, especially the way Mila's uncles treated her Dad.

The epilogue was such a great way to finish off the series and get a glimpse of how all the kids in the pack are growing. Looking forward to seeing appearances from all my favourite characters in the Olympus Pride series.
Read more
One person found this helpful
Helpful
Comment Report abuse

I have been waiting for this book since i first read feral sins in 2017 when i discovered suzanne wright.
and i can it was 100% worth the wait.

ahhh Dominic i knew he would have deep deep layers and he did not let me down. he is complicated we finally get to see past his lady killer smile and killer good looks and into the "self protection wall"

Mila Devereaux she is everything a kick ass female should be smart, funny, strong and also has a lot of self respect. she is perfect for our favourite naughty wolf. throughout the book we got to meet more of the Olympus pack

and that epilogue OMG! it was everything but bittersweet at the same time i am happy i dont have to say goodbye to my favourite characters and the amazing world Suzanne has built.

Leyns
TOP 500 REVIEWER
4.0 out of 5 stars 3.5 stars.
17 July 2019
Format: Kindle EditionVerified Purchase
I’ve never been too keen on manwhore heroes, so that was a point against this book for me from the beginning. However, I do enjoy this author’s writing and this book was no exception. The characters were written well, and the storyline was good. The whole imprinting vs. fated mates was done really well - it covered how they chose each other, how it didn’t mean they were second best mates, how they helped each other overcome their pain and insecurities, etc. Overall a good read.
Read more
One person found this helpful
Helpful
Comment Report abuse

Kindle Customer
5.0 out of 5 stars LOVED IT!! A PERFECT ENDING TO AN AWESOME SERIES💜😍
16 July 2019
Format: Kindle EditionVerified Purchase
Absolutely amazing!!! Finally we get Dominic's book, final book in this series and even though I'm sad it's come to an end another new series will be starting and it'll be the Olympus Pride series. Can't wait for those Pallas Cat's to get their own stories.
Read more
One person found this helpful
Helpful
Comment Report abuse

Natalie
5.0 out of 5 stars Awesome book
28 August 2019
Format: Kindle EditionVerified Purchase
Once again another awesome addition to The Phoenix Pack Series. I can totally highly recommend this book and the entire series. Definitely worth the read. I often reread the entire series again.
Read more
One person found this helpful
Helpful
Comment Report abuse

taywolf
5.0 out of 5 stars Awesome.ultra cool
19 July 2019
Format: Kindle EditionVerified Purchase
As always suzanne does an awesome job again with this series probably my new favourite book out of all of them
Read more
One person found this helpful
Helpful
Comment Report abuse
There are 20 customer reviews and 22 customer ratings.
See all 20 customer reviews
Write a customer review

Go to Amazon.com to see all 250 reviews 4.7 out of 5 stars
Get FREE delivery with Amazon Prime
Prime members enjoy FREE Delivery and exclusive access to movies, TV shows, music, Kindle e-books, Twitch Prime, and more.
> Get Started
Back to top
Get to Know Us
Make Money with Us
Let Us Help You
And don't forget:
© 1996-2020, Amazon.com, Inc. or its affiliates