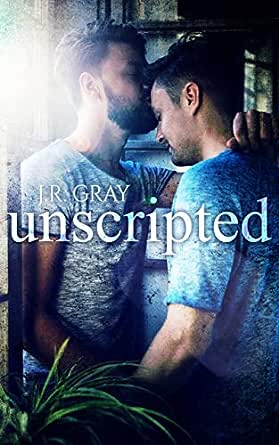 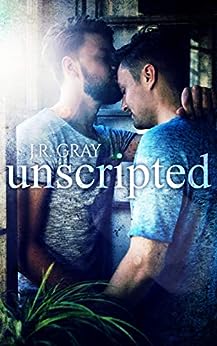 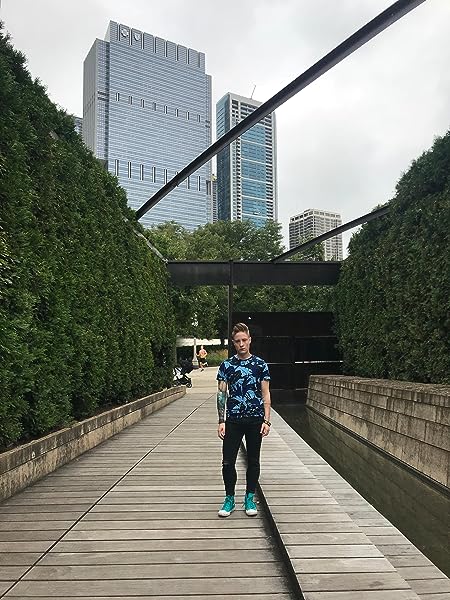 Quellcrist King has been playing a part his entire life. The more famous he becomes, the more he hides. The only person he ever let see the real him rose with him from nothing to the very top.

They were the king and queen of Hollywood— and then she wanted a divorce. The only way to survive his depression is to bury himself in work. If he can be a character, maybe he won’t have to remember himself. A gay role can’t be any different than playing a straight one, can it?

But instead of finding solace in the character, he finds it in his costar. Hale becomes his best friend, his lifeline, the light in his darkness. Quell is forced to examine everything he thought he knew about himself while filming intimate scenes with Hale that feel more real than anything ever has before.

He’s lived his entire life following the script. What would life be like unscripted?

Amazon Customer Kate
5.0 out of 5 stars Highly recommended, beautifully written
10 November 2019
Format: Kindle EditionVerified Purchase
This author has a way of making his characters instantly knowable, and even relatable, whether or not your life is anything like theirs. I cringed with third party embarrassment at times and ached with empathy at other times. Quill and Hale are perfectly suited to each other. On the surface a romance between two actors, this book is so much more. The author demonstrates an in depth understanding of what it is like to live with depression and what it is like to support a person who has depression. Well written, interesting plot, wonderful characters, there was nothing I disliked about this book. Highly recommended.
Read more
Helpful
Comment Report abuse

Kelly
TOP 50 REVIEWER
3.0 out of 5 stars 2 1/2 - 3 stars
1 December 2019
Format: Kindle Edition
Unscripted is a m/m romance which features a slow developing romance between the 2 main characters Quell and Hale. Both are experiencing strong attraction and feelings for the other but are hesitant to act on those feelings for the majority of the book. I enjoy reading m/m romances, and this is the first I've read by this author. It was an okay read.

The relationship drama thrown in right at the end ( 90% + Mark ) had me thinking Unscripted wasn't a standalone, and an unexpected cliffhanger was approaching. However the drama was resolved super quick, too quickly I felt. Unscripted then wrapped up very quickly - This book would have really benefitted from an epilogue, where the reader can see more of Quell and Hale together as a couple.

Tigereye
TOP 500 REVIEWER
3.0 out of 5 stars 2.5* Unscripted, more like early draft
11 December 2019
Format: Kindle Edition
This book had potential. The premise was interesting.
But the execution? Overblown, too long, badly paced, and plot holes. The writing just isn’t very good.
It’s bad when you can’t easily determine which character is speaking because there isn’t enough to differentiate their styles.

This is a very slow burn. To the point I thought there was going to be a second book to resolve everything - which says a lot about the rushed nature and bad pacing when things did resolve.
The demonisation if Rachael didn’t do the book any favours.
I finished this, but it was slow going, and I started skim reading. I just wasn’t all that invested.

Also, typos, the one that stood out most was ‘lude’ instead of lewd, but there were others.
Overall this needs a really solid edit, it needs to waffle less and balance better. There isn’t actually much to the story, nothing to justify the length. Less is sometimes more.

Mel interests me as a character, I’m not sure I can suffer through another book like this to read his story though.

Quell’s depression is treated as a throwaway plot device, rather than with any respect - it’s there when it’s convenient, but otherwise absent.

As for the drama right towards the end ... it doesn’t work. It feels like a hack, and the resolution is ... lacking authenticity.

The longer this dragged out the worse it got. It needs a lot of work.

Faye Kennedy
TOP 500 REVIEWER
5.0 out of 5 stars 4.5 Stars A Gorgeous Chemistry with these guys.
6 November 2019
Format: Kindle Edition
💖 When I started reading this I was hooked for a first read for the author for me. Written with Quell holding a secret well two actually from his friends. Despite he takes on a project to hid his unhappiness with his home life. Hale steps into his world and rocks it of the charts. This deals with a character who has depression and hiding it from everyone, feelings come into play. I really didn't like Rachel in this she treated Quell badly after leaving him and then using him for her kicks.. The story progresses and held me to the end. I loved the characters in play some with exception. All up this is a great book.

Quell had a project for a gay show but he needed to sell it to his friend, Mel as director.
Quell's not gay and would lead as the prince the gay prince in the show. Also a wife soon to be Ex but that a secret in the movie bis.
Hale 24 was nervous waiting for his audition but he's given a curveball with a read as the main character .

*I received this advanced reader's copy and this is my honest review.
Read more
Helpful
Comment Report abuse

Kindle Customer
5.0 out of 5 stars Must read!
24 November 2019
Format: Kindle Edition
I couldn't put this book down. J.R. Gray has an amazing ability to build tension and keep you captivated. I will definitely be reading more from this author.
Read more
Helpful
Comment Report abuse
See all 5 customer reviews
Write a customer review

Go to Amazon.com to see all 130 reviews 4.2 out of 5 stars
Get FREE delivery with Amazon Prime
Prime members enjoy FREE Delivery and exclusive access to movies, TV shows, music, Kindle e-books, Twitch Prime, and more.
> Get Started
Back to top
Get to Know Us
Make Money with Us
Let Us Help You
And don't forget:
© 1996-2020, Amazon.com, Inc. or its affiliates