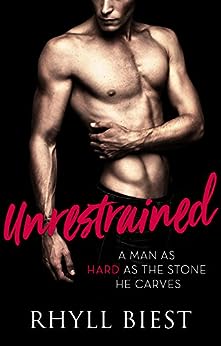 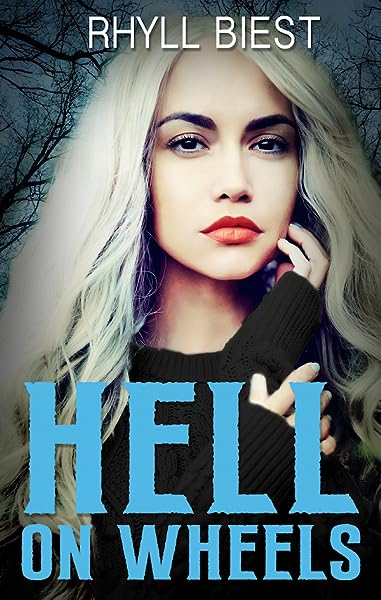 Living in Prague, Shanghai and Germany and studying several languages has given Rhyll a taste for the exotic, and she populates her writing with sexy Soviets, hot Aussie vixens and gratuitously attractive Teutonic gods. Outside of playing host to the United Nations of Hotness in her writer's imagination, she can be found trying to pass for normal at her office job, twiddling with art, or reading. She's also a proud member of Romance Writers of Australia. --This text refers to an out of print or unavailable edition of this title.

Bookish
5.0 out of 5 stars Hot and steamy
Reviewed in Australia on 31 January 2016
Verified Purchase
Buckle up for an emotional roller coaster ride through this hot and steamy romance. Stein and Holly are emotionally and physically scarred and utterly perfect together. Could not put this down.
Read more
Helpful
Report abuse

Lily Malone
TOP 500 REVIEWER
5.0 out of 5 stars The amazing story of Holly and Stein
Reviewed in Australia on 10 November 2014
Verified Purchase
If there has been a book this year that has grabbed me by the scruff of the neck and kept me up late at night, and found me reading while my children grizzled about toast promised to them an hour ago... Unrestrained is that book.
This is the story of Holly and Stein, two terribly wounded souls, who find an incredible bond together that unites them against all odds.
The plot in a nutshell: Holly finds an iPad in a cafe, and in order to find out who owns it so she can return it, she opens it. When she looks at it, she finds a folder of explicit sexual photos. Upon further computer investigation (and no, she really shouldn’t investigate further but she can’t help herself and I ask... could you??) Holly discovers emails that prove the owner of the iPad - the disgruntled girlfriend - is trying to blackmail the bloke in the pictures with threats of exposing the images on the internet.
So Holly tracks down the bloke (Stein) and gives him the iPad, and the two strike up a friendship.
What a friendship!
Stein deserves every medal in the universe for his incredible patience with Holly, and it made me love him SOOO much. What a guy. A stonemason! And I do love myself a blue-collar hero.
What these two get up to as Stein tries to win Holly’s trust was just champagne and caviar reading for me, with lobster on the side, and black forest cake dessert.
It’s not just sex. It’s incredibly emotional sex, and there’s a hell of a lot of foreplay on the way because these two are so, hate to say it, scarred.
Holly’s scars are such that she will not let Stein see her without a t-shirt, and he has to then come up with a myriad of fiendishly clever ways to get her to open up to him, while her clothes stay firmly on.
For sexual tension, I think Rhyll Biest just leapt into the top two or three authors I could name, but what I found different about Rhyll’s writing is that there is still a cut and thrust of dialogue and clever description throughout the book.
This is a passage I loved because of what it tell us about these two. This happens quite early in the book:
Stein says:
“I’m not a doctor but I do know that neck lacerations are very uncommon in car accidents.”
Ah, busted.
He rested the cleared plates on the bench. “What makes me curious is that you feel the need to lie about them.” His calm grey eyes inspected her with a compassion she could not tolerate.
“I don’t lie, I just gloss over the details.”
A small smile parted his senuous lips. “Do you gloss a lot?”
She glared at him.
“Can’t hide from me, Holly.” He fielded her glare and tapped his own scar.

I have two favourite favourite scenes. (The entire book is one favourite scene). The first is when Holly washes Stein’s dishes. (Yes - you heard me right, his dishes).
I must say, washing dishes in my house hasn’t been the same since (and I own a dishwasher). Keep an eye out for this scene.
The second is their shopping trip to a grocery store. This is absolutely beautiful as they each swap “saucy stories of vegetable adventure.” There’s a brilliant twist at the end of this scene that reminds the reader of the stakes in this relationship.

Jan Marshall
5.0 out of 5 stars Beautiful writing
Reviewed in Australia on 19 April 2019
I’ve been reading a lot of romance and erotica lately (borrowed from my local library as this was) and this is the best I’ve read. The characters are complex and the interactions some of the most sexy and playful I’ve come across. The best aspects of this book are the beautiful turn of phrase in the writing, and the slow, intense and seductive unveiling of the characters. It had me both crying and laughing. I highly recommend it.
Read more
Helpful
Report abuse

CER
2.0 out of 5 stars Ok
Reviewed in the United States on 18 December 2019
Verified Purchase
I enjoyed reading the beginning of this book, but as the story progressed it turned me off that Holly consistently brought mean/evil people into her life that either treat her bad or freak out over her scars. And then later in the book we find out that Holly (who is always trying to hide her scars) could have had surgery to fix them. Seriously??? If she hates them so much that she is always wearing scarfs and never takes off her shirt, why the heck didn't she use tax payers money (which she is a freaking tax payer) and fix them. Bottom line, I just can't stand people that bring shit on themselves and then bitch about it like it's not their own choice/fault.
Read more
Report abuse

C. Allen-Riley
5.0 out of 5 stars While this was my first Rhyll Biest book, I can safely say, it won't be my last.
Reviewed in the United States on 17 May 2015
Verified Purchase
Full disclosure: I read this book because I was so entertained by Rhyll Biest's book reviews that I had to know what her storytelling was like. This was a wise, wise move on my part. One of my better life choices, really.

I'll admit, I'm a sucker for emotionally scarred characters, so when I was reading the blurbs for Biest's books and came across this one, I grabbed it immediately, though I admit to being a bit hesitant prior to cracking open the book. The trouble with emotionally scarred characters, is that often, they come across as caricatures rather than fully realized people. Thankfully, this is not the case with Holly and Stein. Stein,

I love Stein unapologetically - he's this lovely blend of gruff, protective (but not at all in a women are weak sort of way, thank god), haunted, compassionate, and sexy as hell. I would like one of my own. Holly, has a lot of these qualities, too. But you know how sometimes people who've been deeply hurt come off as abrasive in an attempt to protect themselves? Holly's got that going on. In the hands of a lesser author, Holly could have been grating and annoying. But Biest has the skill to pull off Holly's complex personality. Because the story is told entirely from Holly's POV, we get a more intimate look at her thought process than we might have had we been in both characters' heads.

Unrestrained is one of those books that's suck with me long after I was finished reading, and while this was my first Rhyll Biest book, I can safely say, it won't be my last. Well done!
Read more
6 people found this helpful
Report abuse

Georgina Penney
5.0 out of 5 stars Scars, hot sex and humor.
Reviewed in the United States on 10 November 2014
Verified Purchase
Scars, hot sex and humor. Don't think they go together? Think again. This book had me going from the minute I picked it up. There's something so unique and fresh about Rhyll Biest's writing. She doesn't pull the punches but at the same time, she knows just when to ease up on the tension to give you a laugh. And then she ramps things up all over again. Holly is my kind of heroine an independent, take-no-prisoners who's had a tough time of it and Stein... if you like your heroes German, hot and hewing stone... you've got your guy. The chemistry between these two sends off more sparks than a lump hammer hitting granite and while I'm on the simile, the sex scenes and lava... you get the idea. I'd recommend this book to anyone who likes their erotic romance with humor and intelligence. Fans of Cara McKenna and Charlotte Stein will certainly not be disappointed. Definite five stars.
Read more
6 people found this helpful
Report abuse

Momma Becky
5.0 out of 5 stars Unputdownable
Reviewed in the United States on 25 February 2017
Verified Purchase
Poignant, hilarious, and hot! This wonderfully written book is my first read from Biest, but it certainly won't be my last. Stein and Holly have each been through their own traumatic experiences and have closed themselves off. Their journey to a HEA is both heart-wrenching and heart-warming. Rhyll Biest weaves a tale with engaging characters and witty dialogue that kept me turning pages.
I received a complimentary copy of this book for review but was so taken with this story that I bought it. I can't wait to dive into other works from this author.
Read more
2 people found this helpful
Report abuse

Ilikebooksbest
5.0 out of 5 stars Very good
Reviewed in the United States on 12 December 2018
Verified Purchase
I was pleasantly surprised by this book. There was a PTSD storyline that is quite well thought out, the romance is fun. The way the two characters meet is amusing. The book is funny and sexy and sometimes both at the same time, such as an awesomely hilarious role playing scene. There is a stalker and some other problems to overcome. Overall, a thoroughly enjoyable read.
Read more
One person found this helpful
Report abuse
See all reviews
Back to top
Get to Know Us
Make Money with Us
Let Us Help You
And don't forget:
© 1996-2021, Amazon.com, Inc. or its affiliates