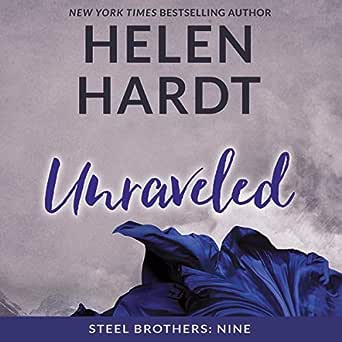 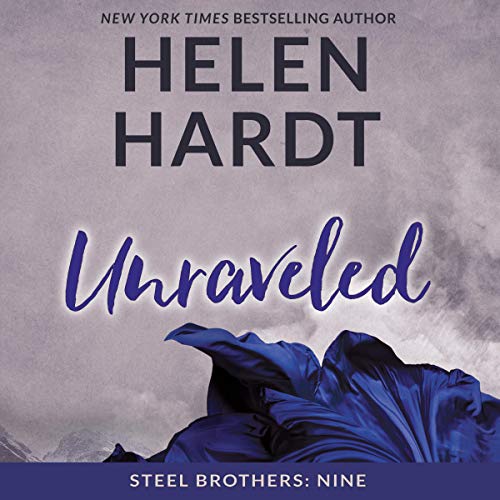 4.8 out of 5 stars
4.8 out of 5
2,971 global ratings
How are ratings calculated?
To calculate the overall star rating and percentage breakdown by star, we don’t use a simple average. Instead, our system considers things like how recent a review is and if the reviewer bought the item on Amazon. It also analyses reviews to verify trustworthiness.

Taddy76
4.0 out of 5 stars I absolutely loved this series
Reviewed in Australia on 6 April 2018
Verified Purchase
I absolutely loved this series. Eagerly been waiting to get this book to have the puzzle put together & get answers. Very disappointed paying full price for a book that was only half the length if the others. My kindle was saying “4 hours left in the book” but the Steel Series has ended & some other book has now appeared.
Read more
One person found this helpful
Helpful
Report abuse

Ruth
4.0 out of 5 stars Saddened
Reviewed in Australia on 14 February 2018
Verified Purchase
Captivated throughout the series I eagerly awaited this book. Now all too soon it’s come to an end. The depth of twists and plots in the plot is captivating and keeps you guessing about what’s coming next.
The finishing touch would be Marjorie and her happy ever after story... she’s story is unfinished and unfortunately it’s like she was a sideline add in... perhaps a future book.
Well worth the read though and happy to read again

Amazon Customer
5.0 out of 5 stars Loved it!!!
Reviewed in Australia on 14 February 2018
Verified Purchase
Wow wow wow!!! Absolutely blown away at this final instalment, Helen wrapped things up beautifully in unravelled, never in my life have I ever been so captivated and on the edge of my seat whilst reading a series, I love to get lost in my books- and the steel brothers saga did just that!!
Read more
Helpful
Report abuse

Cas
TOP 1000 REVIEWER
5.0 out of 5 stars Wow.
Reviewed in Australia on 24 February 2018
Verified Purchase
what an ending. This was so fast paced with so much information to take in. The ending was so just in what happened. To finally finish this series and have every question answered . Super.
Read more
Helpful
Report abuse

Kindle Lover
5.0 out of 5 stars Addictively yours to read
Reviewed in Australia on 14 February 2018
What a Read! This book is the last in the series, the wait was killing me; alas worth it.
As potential spoilers arise in reviews, I will go this way- there was lots of twists and turns in the last book of the Steel Brothers. Just when I thought I knew the story line and what was going to happen; Helen changed direction and kept me intrigued, on the seat of my pants and the characters in control.
I loved the book. I would recommend the whole series, and that you should read in order- you will not be disappointed!
I fell in love with Ruby and her commitment to the Steel family. She has guys, determination and stamina. Her love story with Ryan continues and it is consuming
I hope you enjoy the book as much as I did.

Mayx
2.0 out of 5 stars Hmm
Reviewed in the United Kingdom on 16 February 2018
Verified Purchase
Hmm where do I start. I was looking for a brilliant finale but was disappointed. I got to the end of the book with 50% and was like.....what. misleading to say the least. We didn't learn anything new from Brad that the previous books didn't tell us.

Overall I felt ripped off by the cost of these books. Especially this one but for those who are going to ask why I brought it well once I read a few I just wanted to know what happened at the end. I think it would have all been over and done with in 6 books rather than 9!.

Ymonz
1.0 out of 5 stars A Series Not to Start
Reviewed in the United Kingdom on 26 November 2018
Verified Purchase
Where do I start? There was just so many things wrong with this book, the whole series as a matter of fact. It started well, it really did and went horribly wrong from the 2nd book.

This series shouldn’t have been a series, the story should have just started and ended with Talon. The whole thing was dragged out for so long that instead of being riveted, you become exasperated. I tried so hard to see and understand what other reviews are waxing poetic about and I just couldn’t.

Unravelled was so totally unnecessary that you could painfully feel how dragged out it was in order to justify its existence. There are so many repetitions and that, I suppose, was to fill the pages. Ruby and Mathias went on and on and on arguing back and forth about the same topic, over several pages and scenarios. Bradley Steel was going to tell the whole story and then had to wait for his sons. Sons are there and then had to deal with wife, then story starts and then had to be stopped to be continued later. All in all, the whole big reveal turned out not to be such a big reveal. You could already guess where the story was going to end if you had been reading the book and you knew what the story was going to be.

It was a whole excuses excuses and excuses situation. The worst ending I’ve ever had in a series that took so much money from readers it was totally inexcusable.

The sex was another issue. Did anyone else find it disturbing that the sexual scenes was a mirror image of what was supposed to have transpired with the villains? Don’t get me wrong, I am adventurous and all, but if a writer is going to be detailed about the villains’ actions, it becomes quite disturbing to see some of those actions being repeated by the heroes of the series.

If you haven’t started, please don’t start this series. It’s not worth it.
Read more
3 people found this helpful
Report abuse

mandy allan
1.0 out of 5 stars Very disapointed
Reviewed in the United Kingdom on 24 February 2018
Verified Purchase
Where do I start? Very disappointed with this book, could have been much better, it could have had more depth with the xaracters but i don't know what the author was thinking about, it seems this book was very rushed. You get 48% of a book and pay £4.99 for the privalage is not on!!!! Then to give you twenty one chapters of another book to read i feel I've been well and truly ripped off!!!
Don't get me wrong it is a very good read until the last book, there are nine books in this series but if you took out all the sex and smut i recon there would be only three books in this series, im no prude but reading sex scenes once is enough i need to read it twice over getting the view of both parties involved, we got it the first time, some times it dedicated three chapters getting both sides of the sex scene.
Cant believe j payed nearly £40 for this series, if i were you i would look for something else there is a lot better out there for a fraction of the price.
Shame on you Helen harry!!!
Read more
5 people found this helpful
Report abuse

Jenny White
2.0 out of 5 stars Unravelled
Reviewed in the United Kingdom on 1 April 2018
Verified Purchase
Whilst I did enjoy the story of the Steel brothers I have to say I do feel cheated. I wouldn't normally pay so much for kindle books but was intrigued by the first one and wanted to know more. To have the last one or two chapters of a book be the first one or two chapters of the next book which then goes on to be only 50 or 60% of the actual book is a total RIP off . Not impressed.
Read more
5 people found this helpful
Report abuse

Steph Gabriel
3.0 out of 5 stars Hmmmmm
Reviewed in the United Kingdom on 25 April 2018
Verified Purchase
The over series is good but to be honest I was NOT happy with the last two books being half stories. In both cases they finished at 50% and other books were inserted! I paid for the Steel series not some other story! Also the finish was rushed and boring to be honest! The story had so much more to give but cut short in every way. I won't buy another Helen Hardt until I know I get a full book all the way through! One chapter from another book is fine but half a book NO THANK YOU
Read more
5 people found this helpful
Report abuse
See all reviews
Get FREE delivery with Amazon Prime
Prime members enjoy FREE Delivery and exclusive access to movies, TV shows, music, Kindle e-books, Twitch Prime, and more.
> Get Started
Back to top
Get to Know Us
Make Money with Us
Let Us Help You
And don't forget:
© 1996-2020, Amazon.com, Inc. or its affiliates