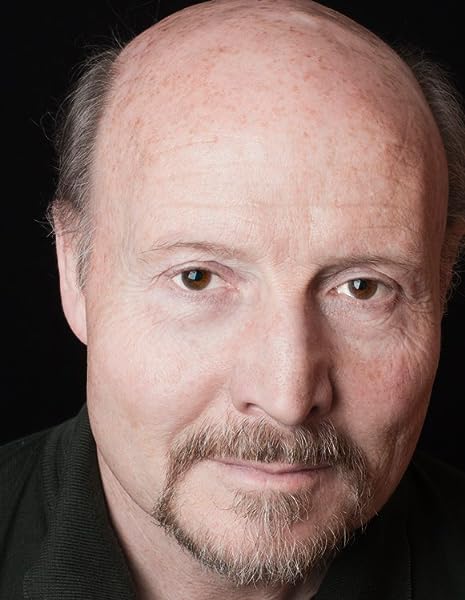 Start reading The Unquiet Heart (Danny McRae Series Book 2) on your Kindle in under a minute.

4.5 out of 5 stars
4.5 out of 5
121 global ratings
How are ratings calculated?
To calculate the overall star rating and percentage breakdown by star, we don’t use a simple average. Instead, our system considers things like how recent a review is and if the reviewer bought the item on Amazon. It also analyses reviews to verify trustworthiness.

Barbara Sth Aust
TOP 500 REVIEWER
4.0 out of 5 stars A story that history may have hidden away. We forget how hard it was after the war.
Reviewed in Australia on 31 August 2016
Verified Purchase
This book brings back to life all the dreadful happenings of war and hate. After the war it was so hard to even be alive. People had to endure the hardships. The poverty. The dreadful years ahead that promised them nothing. They had to keep telling themselves that England had won the war, even though the coming years would question this fact. This book shows us the people's struggle, and their strengths.
Read more
Helpful
Comment Report abuse

PeterF
4.0 out of 5 stars Four Stars
Reviewed in Australia on 5 June 2015
Verified Purchase
Enjoyed the book but need to have read the other books in series to fully appreciate
Read more
Helpful
Comment Report abuse
See all reviews

NV
5.0 out of 5 stars Gordon Ferris strikes again
Reviewed in the United Kingdom on 26 May 2011
Verified Purchase
Whilst not a prerequisite, I would highly recommend reading "Truth Dare Kill" prior to this sequel . Although the two books are not as intertwined as some multi part series, part one does lay some useful foundations about the main character Danny McRae. In particular how he turned from nation's finest to private detective and how he sustained, and the implications of, the oft mentioned "scar" that runs down his temple. Every hero has a weakness that endears him to us and what makes this tale so realistic is his weakness is simply his love for Eva, a journalist turned client who wants to follow Danny out on some of his "private detective work". This book should come with a health warning, you will suffer from lack of sleep as this is where it starts to get very interesting and it is difficult to adjourn. Why is she so interested in his line of work? After all he has detached himself from any public involvement, nowadays his line of work is following a few people around and roughing a few up here and there at most. I would highly recommend reading the short 300 odd pages to find out, it is certainly worth it as Gordon Ferris takes you through European borders and nationalities post war.

Danny McRae, the protagonist, is no typical superhero as you will no doubt be aware from part one. He is just a normal guy like you and I, savagely damaged by the effects of the war but with a steely determination like no other. Gordon Ferris repeats the trick again in this fantastic sequel, succinctly taking you on a tale spanning three separate war savaged areas but also covering factions between at least four or five groups. I gave Truth Dare Kill 5 stars and to be frank this betters it. A lot of the focus was on London in the first book, the focus cleverly shifts towards Germany this time to create a fine balance between the two parts and actually brought home the reality of what it must have been like in Iraq after the most recent war, namely a picture of looting and more crudely, chaos.

Whilst part two is not as bloody and gruesome as the first the plot is certainly more drawn out and has more twists and turns to it. You feel as if you know Danny by now and I must admit it is pleasing that Gordon has finally given him a real woman to contend for, as oppose to a figment of his imagination, although this brings its own problems with it!

Finally, without giving anything away, I am glad the author has left it open for another sequel Danny McRae's days are certainly not numbered yet - a fitting end.

Kindlelover
3.0 out of 5 stars Some of the strands failed to connect.
Reviewed in the United Kingdom on 9 May 2016
Verified Purchase
A little disappointed with this book. I enjoyed the earlier part of the story set in post war London, some of which I remember! The author caught the atmosphere of that time. But as the story progressed to Berlin somehow the strands failed to connect. The storyline dipped from time to time to the final section which dragged for me. I have read some of the author's work, eg The hanging shed, and Truth, Dare, Kill which I thought were far better. I am sorry to write negative comments, but many people enjoyed the book and gave it 4 or 5 stars so why not read it yourself and make up your own mind.
Read more
One person found this helpful
Report abuse

Richard Latham
4.0 out of 5 stars Thrilling ride
Reviewed in the United Kingdom on 31 March 2014
Verified Purchase
Second in this series about a wartime spy turned private detective after the second world war. Here he plays "Cherchez la femme" when the new woman in his life goes missing and the trail leads him to Berlin and the politics of post-war Europe. He at times is a poor secret agent but in exercising his previous trade craft he unravels a deeper mystery and a finds out more than he wanted to find out.
How he overcomes these problems is a thrilling ride but is he just a pawn in the wider stage manipulated by bigger powers.
I really enjoyed the telling of this story against real events set in an historical and changing time in our country. His writing is sharp, his observations descriptive and atmospheric and the subject matter always interesting. This is a cracking thriller and has lots of clever use of facts in this fiction.
I like a book that is a good read and this book gives that with bonuses in mystery and entertainment. The historical setting makes it an excellent story that carries information about an otherwise little written about period in crime fiction.
This book stands alone but along with his other excellent series, these books are best read in sequence in my opinion.
Read more
Report abuse

D. Thomson
5.0 out of 5 stars Not to be missed
Reviewed in the United Kingdom on 3 February 2011
Verified Purchase
The second Danny Macrae novel is another fast paced, gripping and well crafted story, set in immediate post-war London and Berlin. The character of Macrae continues to develop..he's certainly not the typical action hero but every bit as engrossing in a sort of anti-hero way. But like all good heroes, he inevitably wins through in the end, with lots of twists and turns along the way.
This is a great read, but make sure you read Truth Dare Kill first, as characters from that book recurr in this one.
Danny Macrae is certainly worthy of more outings and hopefully Mr Ferris will oblige. In the meantime, I'm now eagerly awaiting the release of the second Brodie story (the first being The Hanging Shed)which I know the author is currently working on.
For lovers of exciting crime fiction, I urge you to buy and enjoy the three novels of Gordon Ferris. Ignore the odd ridiculous and pretentious negative review you might see on Amazon. These are great books, fully up there with Lee Child, Vince Flynn and Robert Crais.
And at the very low price at which they are offered on Kindle, they're an absolute steal. Not to be missed.
Read more
3 people found this helpful
Report abuse

Wigan Bookworm
4.0 out of 5 stars Fast moving thriller
Reviewed in the United Kingdom on 8 January 2014
Verified Purchase
The second book in the Danny McRae series sees the returning hero back on the desecrated destitute and divided streets of post war Berlin.

As one war has ended, the Cold War is just beginning. As if this wasn't enough for a weary world, tensions are beginning in the Middle East as the newly formed United Nations seeks an acceptable solution for the disenfranchised Jewish people wanting a return to their homeland.

Sandwiched at either side of this story of spies and terrorists is Danny's business in London where he has to face corrupt policemen and a ruthless gangster.

Perhaps not quite as compelling as the first book, there are certainly enough twists and dramatic turns to keep the reader glued to the plot through to the final page.
Read more
Report abuse
See all reviews
Get FREE delivery with Amazon Prime
Prime members enjoy FREE Delivery and exclusive access to movies, TV shows, music, Kindle e-books, Twitch Prime, and more.
> Get Started
Back to top
Get to Know Us
Make Money with Us
Let Us Help You
And don't forget:
© 1996-2020, Amazon.com, Inc. or its affiliates