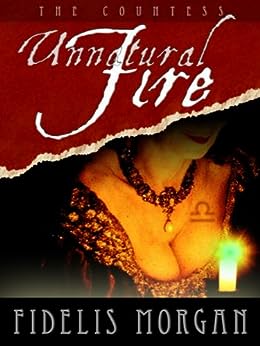 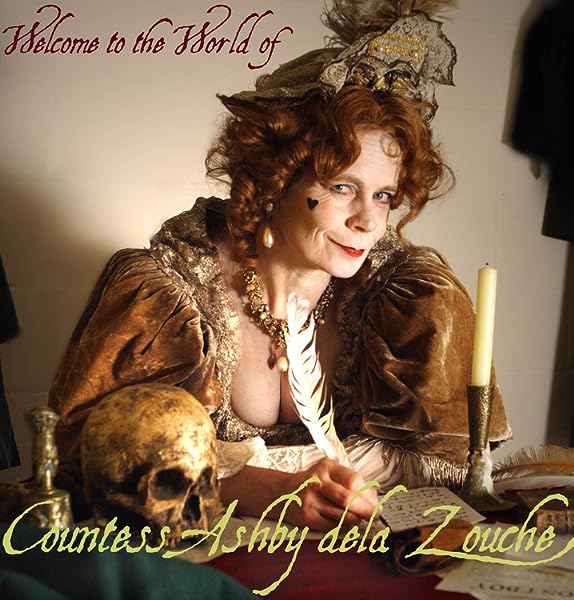 ‘Fidelis Morgan’s tale of love and greed and alchemy in 1699 is a heady compound of wit, wisdom and wildness. It’s an unsentimental warts-and-all portrait that reeks of authenticity, written with a brio that reflects the age’
Val McDermid

‘Morgan’s hilarious 17th century romp combines an authentic slice of history with a tantalising storyline… Colourful turns of phrase and witty descriptions – like a bawdy P.G. Wodehouse – leave you with a keen sense of the period. This is a frolicking good read’ Daily Mail

London 1699. The Countess Ashby de la Zouche, former mistress to Charles II, has fallen on hard times – in fact she has fallen into the notorious debtors' prison, the Fleet. In order to scrape a living, she embarks on a career gathering salacious information for one of London's scandal sheets, assisted by her ex-maidservant Alphiew. A welcome additional source of income opens when they are approached by a stranger who wants them to follow her husband for proof of adultery. But the uncomfortable job of trailing after the handsome merchant in the depths of winter, whether to the half-constructed St Paul's Cathedral or through the notorious dives south of Fleet Street, ends abruptly in a Covent Garden Churchyard.

The Countess and Alpiew, now implicated in the murder, get sucked into a complex labyrinth of deceit and violence, the key to which might lie in the abstruse science of alchemy. The more they investigate, the more involved the picture become, involving everyone form the lowest of the low backstreet criminals to some of the most influential people in the land.

'Unnatural Fire' is a wonderfully, lively, audacious novel with a cast of characters that leap off the page. But underlying the vivacity and humour is a riveting mystery which perfectly captures the darker side of London at the turn of the 18th Century.

Fidelis Morgan is an actress and an expert in Restoration comedy. Acclaimed for her stage plays, ‘Pamela’ and ‘Hangover Square’, she also collaborated with Lynda la Plante on Channel 4's tense, psychological thriller ‘Killer Net’. She has written non-fiction studies of charismatic female figures form the 17th and 18th centuries and edited the bestselling Virago anthology ‘Wicked’. In her first novel ‘Unnatural Fire, she combines historical interest with her lifelong passion for crime fiction.

3.5 out of 5 stars
3.5 out of 5
26 global ratings
How are ratings calculated?
To calculate the overall star rating and percentage breakdown by star, we don’t use a simple average. Instead, our system considers things like how recent a review is and if the reviewer bought the item on Amazon. It also analyses reviews to verify trustworthiness.

Amazon Customer
5.0 out of 5 stars Great
Reviewed in the United Kingdom on 24 June 2018
Verified Purchase
Funny, well researched, humorous, what more could a reader desire? i love the ancient countess and overly well endowed maid. And the general philosophy.
Read more
Report abuse

kris
4.0 out of 5 stars Amusing and clever writing. Also very informative about that period of London history
Reviewed in the United Kingdom on 12 June 2021
Verified Purchase
Read this series years ago and thought it was worth another visit. Clever writing, shame there’s only four in the series
Read more
Report abuse

Junipergirl
5.0 out of 5 stars Thank you, Paul O'Grady!
Reviewed in the United Kingdom on 8 January 2013
Verified Purchase
Discovered Ashby thanks to having read Paul O'Grady's autobiography, in which he mentions how good the Fidelis Morgan books are. I love the mixture of murder mystery and comedy, which mixed with well researched historical facts and brilliant characters make these novels a real delight.
Read more
Report abuse

Rosemary
1.0 out of 5 stars FROM ONE GIRL WHO HAILS FROM ASHBY DE LA ZOUCH TO ANOTHER WHO WRITES ABOUT SOMEONE WITH A TITLE USING NAME
Reviewed in the United Kingdom on 23 April 2018
Verified Purchase
Extremely disappointing - not at all a good read on any occasion.
Read more
Report abuse
See all reviews
Back to top
Get to Know Us
Make Money with Us
Let Us Help You
And don't forget:
© 1996-2021, Amazon.com, Inc. or its affiliates