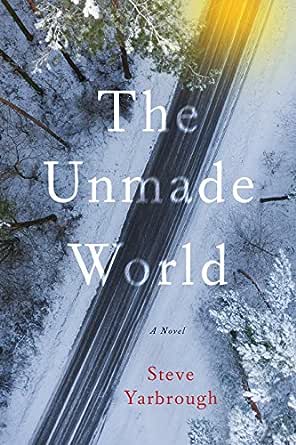 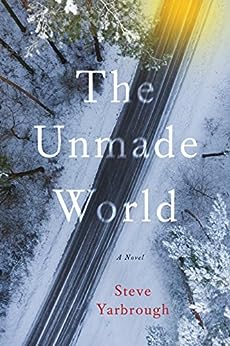 "Just a dynamite novel, one I admire and frankly had trouble putting down." -Richard Howorth, Oxford Books, MS

"With the flavor of an international thriller and deep explorations of grieving and healing, The Unmade World is a novel with heart." -Aimee Jodoin, Foreword Magazine

"Both meditative and engaging, this novel of changed times and changed lives hangs on the vagaries of fate, touching on issues from the refugee crisis to corruption in college sports while rolling out the quiet suspense of whether justice will be served. Rich with issues of guilt, grief, and cultural dislocation; an accomplished work that's good for book groups." -Library Journal

"Despite graphic deaths and a variety of police cases, Yarbrough's 11th work of fiction (The Realm of Last Chances, 2013, etc.) is less a murder mystery than an exploration of how abruptly lives can go off the rails. Actually, readers will root for all the novel's tenderly drawn, flawed characters. Despite his book's depiction of dark realities--the guilt and despair of the characters' interior lives is matched by political turmoil in both the U.S. and Eastern Europe--Yarbrough's pensively hopeful view of people' capacity to endure, even prosper, shines through." -Kirkus, starred

"Heartbreaking and redemptive, The Unmade World . . . is a beautiful novel, thought provoking and moving and, for added pleasure, embedded with a murder mystery. Deeply satisfying, it stayed with me long after I read the last word, leaving me to muse about what the hapless Bogdan would so eloquently call the imponderables." --Kathy Langer, Tattered Cover, Denver, CO

"In Yarbrough's intricate and satisfying novel (after The Realm of Last Chances), the lives of two ordinary men intersect during one winter night in Poland. . . The story tracks Bogdan and Richard through the following years, revealing how both come to grips with that night, grapple with their senses of self, and cope with the repercussions of long-held guilt. Yarbrough crafts intriguing subplots involving a murder investigation and property crime, set against a backdrop of 2016 politics. Though the prose is straightforward, the characters are compelling and the narrative steers clear of easy moralizing or predictable endings." Publishers Weekly

"In The Unmade World, Steve Yarbrough seamlessly blends a moving story of love, loss and recovery with a page-turning mystery that keeps the reader on the edge of her seat." --Emily Russo, A Bookstore, Maine

"The Unmade World by Steve Yarbrough is an atmospheric novel of the first degree. Spanning the world from Poland to California to New York, Yarbrough writes of two men, Richard and Bogdan, who glimpse each other at the height of a tragedy. Both hope for and dread the day when they might meet again. A study of the human condition, this redemptive novel is timely and riveting. In 2016 Chicago Now said of author Steve Yarbrough, 'He's a contemporary, damn good author whose books need to be read.' Here's your chance!" --Nancy Simpson-Brice, Book Vault, Iowa

"Oh my what a wonderful novel that grows and grows in power as one goes along. Fueled by beautiful writing The Unmade World swirls in a mixture of suspense, pathos and heartbreaking love where characters suffer losses, make mistakes, live misfortunes and take a stab at choices seemingly to reverse their fortunes but with decidedly mixed results. Ultimately characters find themselves faced with trying to figure out what is the right thing to do and then how to do it each knowing that humans have some broken parts and repairing what is possible to repair takes using a form of courage thought out of reach. This is the kind of novel that treats is inhabitants with tenderness and its readers with grace. It will not easily be forgotten." -Sheryl Cotleur, Copperfields Books, California

"Steve Yarbrough is a master novelist, and this may be his finest work. Every word of The Unmade World rings true. Its settings are indelible. Its characters live and breathe. For a long time to come, I'll be pondering what this book has taught me about the human heart." -Amy Greene --This text refers to the paperback edition.

Steve Yarbrough is the author of ten books. He has won numerous awards, including the Richard Wright Award, the Robert Penn Warren Award, the California Book Award, the Mississippi Institute of Arts and Letters Award for Fiction, the Mississippi Authors Award, etc. He has also been a finalist for the PEN/Faulkner Award. His work has appeared in Best American Short Stories, Best American Mystery Stories, and the Pushcart Prize Anthology, and has also been published in Ireland, the UK, the Netherlands, Japan and Poland. He currently teaches at Emerson College and lives in Stoneham, MA with his wife Ewa. --This text refers to the paperback edition.