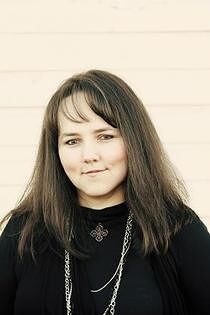 by Cherrie Lynn (Author)
4.4 out of 5 stars 454 ratings
See all formats and editions
Sorry, there was a problem loading this page. Try again.

It's not enough that Kelsey's husband left her for another woman. Oh, no. The "other woman" had to be her best friend Evan's fiancée. Not only has she lost her marriage, she fears losing Evan to the lingering awkwardness and humiliation that hangs between them.

Evan has no intention of letting that happen. He's got plans...namely, an extra plane ticket to Hawaii now his future wife is out of the picture. There's only one person he wants on the trip with him, the one who's always been there for him. The one he should never have let slip away into the arms of a traitorous friend who shattered her heart.

Kelsey is anticipating a week of fun in the sun with the man who's always treated her like a little sister. No one's more surprised when she discovers that Evan has seduction on his mind-and that she's more than ready for it.

Love is the most powerful healing force of all. But past demons have a way of ripping open old wounds, and threatening the survival of even the strongest friendship...

Each story in the Ross Siblings Series is standalone story that can be enjoyed in any order.

Page 1 of 1 Start overPage 1 of 1
Previous page
Next page
Start reading Unleashed (Ross Siblings Book 1) on your Kindle in under a minute.

New York Times and USA TODAY bestselling author Cherrie Lynn has been a CPS caseworker and a juvenile probation officer, but now that she has come to her senses, she writes contemporary and paranormal romance on the steamy side. It's *much* more fun. She's also an unabashed rock music enthusiast, and loves letting her passion for romance and metal collide on the page.

When she's not writing, you can find her reading, listening to music or playing with her favorite gadget of the moment. She's also fond of hitting the road with her husband to catch their favorite bands live.

Cherrie lives in East Texas with said husband and their two kids, all of whom are the source of much merriment, mischief and mayhem. You can visit her at http://www.cherrielynn.com or at the various social networking sites. She loves hearing from readers!

4.4 out of 5 stars
4.4 out of 5
454 global ratings
How are ratings calculated?
To calculate the overall star rating and percentage breakdown by star, we don’t use a simple average. Instead, our system considers things like how recent a review is and if the reviewer bought the item on Amazon. It also analyses reviews to verify trustworthiness.

Jamoz23
TOP 100 REVIEWER
4.0 out of 5 stars New author to me and a free read so thought I would give it a try.
Reviewed in Australia on 17 August 2017
Verified Purchase
An enjoyable read that is sort of second chance based.
Kelsey really was in a confused place but I was glad she sorted herself out.
Evan was an idiot for not telling Kelsey years ago how he felt. I think immaturity played a large part and they will be much better for being older and more mature.
But he did get his act together at the end after a bit of martyrdom thinking.
Loved the sweet ending.
Read more
Helpful
Report abuse

Liash
TOP 50 REVIEWER
5.0 out of 5 stars History rather than Insta-Love
Reviewed in Australia on 18 September 2017
Loved this book! Yet another great one from Cherrie Lynn. I loved Evan and Kelsey's story and once again delight in the fact that this isn't a 'meet and fall instantly in love' story. They have a long history and that just adds to the story.
Read more
One person found this helpful
Helpful
Report abuse
See all reviews

Katie
2.0 out of 5 stars okay
Reviewed in the United Kingdom on 25 August 2017
Verified Purchase
This was an okay friends to lovers romance book. To me though, it felt like something was missing. Nothing much really happened in the story for it to be that interesting. I would have liked for the characters to have done more than really just having sex for the majority of the book. I actually liked the secondary characters (heroine's best friend and hero's brother) much more than I liked the main characters this book was about. Even though I didn't like this as much as I was hoping, I would still give other books from this series a go.
Read more
One person found this helpful
Report abuse

L.J.
2.0 out of 5 stars Forgettable
Reviewed in the United Kingdom on 20 October 2017
Verified Purchase
DNF @ 50%
Not quite sure what happened, I was reading through them I just lost interest, put it down to go deal with something RL related and wasn't bothered about getting back to it.
For me the entire friends to lovers journey felt rushed and forced, I just couldn't gel with either of the main characters and honestly the story was just forgettable.
I've been told the other books in the series are better so may give them a chance in the future but I'm not in any hurry to do so.
Read more
2 people found this helpful
Report abuse

GemmaxM
5.0 out of 5 stars Amazing. 5Stars
Reviewed in the United Kingdom on 13 January 2018
Verified Purchase
This book rocked from start to finish, it had me within its claws from the First few paragraphs. It was hot, sexy, flirty, emotional, heartbreaking and so much more. I absolutely loved it and will eagerly be moving onto the next. It was well written and the scandalous parts were the best. Much love to Cherrie Lynn, she's definitely a new favourite.
Read more
Report abuse

Andrea
5.0 out of 5 stars Hot read!
Reviewed in the United Kingdom on 11 November 2012
Verified Purchase
This is the first novel from Cherrie Lynn I've read and it certainly won't be the last! I was hooked from the beginning. Kelsey & Evan should have got together in college but didn't. She got married, he got engaged, then their respective partners cheated on them with each other and Evan is left with a honeymoon and no bride. This is where the story starts when Evan asks his best friend, Kelsey to share his honeymoon with him and what a honeymoon it is!! The hot tub scene is hot!!! Well worth a read, I'm now off to meet Evan's brother in Rock Me :-)
Read more
Report abuse

Rosie
3.0 out of 5 stars Why is the prequel after the book?
Reviewed in the United Kingdom on 23 October 2018
Verified Purchase
Feel pretty average about this book. Found it difficult to understand why the story comes before the prequel but as I am not enamoured of the story it doesn’t really matter.
Read more
Report abuse
See all reviews
Back to top
Get to Know Us
Make Money with Us
Let Us Help You
And don't forget:
© 1996-2021, Amazon.com, Inc. or its affiliates