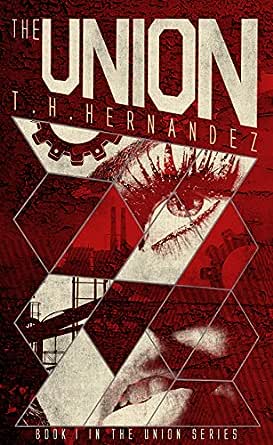 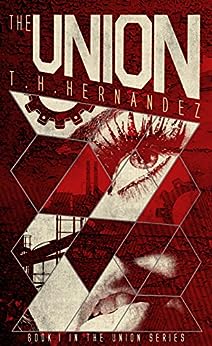 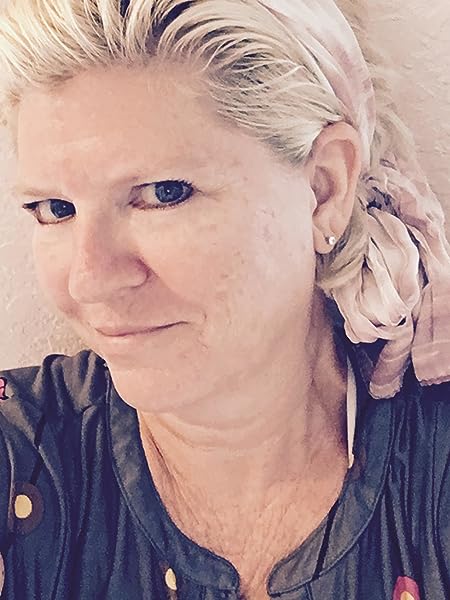 After global warming and a second civil war devastated the former United States, two different societies rose from the ashes – the Union, a towering high-tech utopia, hugging the perimeter of the continent, and the devastated, untamed midsection known as the Ruins.

Seventeen-year-old Evan Taylor has an easy, privileged life in the Union. What she doesn’t have is any idea what to do with the rest of her life. She only knows she wants to do something meaningful, to make a difference in the lives of others.

When she’s kidnapped and taken into the Ruins as a pawn in a dispute involving her boyfriend, Bryce, her ideal world is turned upside down. What she learns while in the Ruins shakes her faith in everything she’s ever known, from Bryce, to her family, and even the Union itself.

Now Evan must choose whether to stay with Cyrus, the sexy, resourceful survivor who believes she’s in the Ruins for a reason, or return to the only life she’s ever known. But when she stumbles upon a dangerous plot that threatens both worlds, her decision could tear her apart.

The Union is a futuristic young adult romantic adventure.
click to open popover

Jen Oddo
4.0 out of 5 stars A unique, captivating story!
23 November 2014 - Published on Amazon.com
Verified Purchase
***4.5/5 Stars***
Hernandez's debut novel was truly compelling. The story that unfolded in front of me was unique, captivating and had me glued to the pages. I came to care for many of the characters, but two completely stole the show and my heart. The setting was fascinating, and it left me longing to learn more about the world that they live in. But after that ending, I desperately need the second book in this series!

What if everything you ever thought about your world was a lie? After global warming and a second civil war wreaked havoc on the U.S., the citizens flocked to the coast. A lifestyle and cities were built called The Union. Evan lives there and while her life is no walk in the park, it is structured and safe from the harms of the Ruins outside of The Unions walled off perimeter. She has just graduated from school, and is trying to find her place in society. To find out who she is and what she truly wants, Evan embarks on a trip with her two best friends. She is even lucky enough to find out that the boy she is crushing on is traveling on the same train as her. But her life gets flipped upside down when she is kidnapped. She is being used as a pawn in a game that she can't even start to comprehend, and the first move in that game is taking her into the Ruins.

Evan is the type of heroine that you will love. She is spunky, honest, intriguing and has so much fire inside of her. I loved the emotions that erupted from her. It was so palpable. But oh man, did she make mistakes. Mistakes that weren't dumb, but were caused because of how she reacted to situations she had no experience with. And those are the easiest mistakes to forgive and move on from. Especially since Evan tries her hardest to do right by others. This is one of the top reasons why I love her so much! She has such a huge heart and a strong head on her shoulders. Thank goodness, because she's about to be thrown into a situation where she'll need both to figure out how to proceed.

I was going to talk about Bryce, the boy she has a crush on and who ends up on the same train as her. But he started to feel too perfect, or maybe it was something else I couldn’t place my finger on. Whatever it was, Bryce's ship has sailed for me and a truly beautiful man took the lead front and center. Cyrus. He was sweet, patient, kind and ruggedly handsome. He was someone that was discreetly captivating and pulled you in. There was no way I couldn't love him. For Evan, he was hope, love and family all rolled into one. He honestly took my breath away. Whether it was the words that he would use or the little actions he would display, he emitted so much emotion. You could become lost in it all, and I loved every single moment of it!

After reading The Union two times (6 months apart), I know that one of my favorite aspects of this book is that I got to watch so many different relationships unfold. Family, friends, and enemies. And you know what? It all felt real. Of course there were moments of worry and heartache, but for the most part, this book felt as though the relationships and characters were the driving force. That’s probably why this dystopian felt so unique to me. Thank goodness the second book, The Ruins, is already on my device because I'd be dying not knowing what was going to happen next. I was more than pleasantly surprised with The Union, and I believe you will too!

Amazonwoman
4.0 out of 5 stars Good Start
16 January 2019 - Published on Amazon.com
Verified Purchase
I think this is a great start to a good series. There is great world building and character development. The story moves right along and gives you enough information to like the story but not too much where you roll your eyes because it’s repetitive.

I love the main characters and there are some I’m not so sure about. She leaves you hanging a little there, but I a good I wanna know more so I’m gonna keep on going to next book.

Can’t wait to see where this story goes.
Read more

O
5.0 out of 5 stars YA Dystopia with Romance that delivers!
26 April 2015 - Published on Amazon.com
Verified Purchase
It's rare when I rush to bed to curl up with a book I love, and The Union had me fluffing up my pillows and even staying late in bed in the morning to read. The story is about a girl finding her place in this world and ends up outside the Union and her comfort zone and in the Ruins, think rural America in the 1800s with just a few more comforts but not many. The Union is a socialistic society while the Ruins are the old West.

When Ev is kidnapped and thrown into the wilds, she escapes and a family of orphans nurse her back to health. She falls in love with the simple life and a boy, loved Cyrus. A wonderful romance in a dystopian world with memorable characters. I recommend this book to any fan of YA.

The story has Romeo and Juliet overtones without author intrusion. Where's the next book in the series TH? Thank you for the wonderful read.
Read more
One person found this helpful

jennykelliott
5.0 out of 5 stars Evan encounters equal amounts of love and danger
6 December 2014 - Published on Amazon.com
Verified Purchase
The first installment of THE UNION, by T.H. Hernandez, is a unique, dystopian, coming-of-age story that follows Evan, a privileged, yet lost young adult who sets out on a quest to find herself and her purpose. Throughout the story, Evan encounters equal amounts of love and danger, and finds herself emerging as an unlikely hero, committed to saving her communities and those she loves, and ultimately, to saving the world.

Hernandez is a deft writer and her skills particularly shine when it comes to conveying romance. While two love interests are portrayed in this story, I swooned most strongly for sweet, serious Cyrus, who arguably owned the lion's share of story time. But the love between Evan and Cyrus seems that of soul mates--not love-at-first-sight, but one that begins with friendship and develops slowly, strengthening even as the two face difficult obstacles.

The second love interest, Bryce, is introduced at the beginning of the story, and reappears at the end. Questions have been raised as to Bryce's honesty and intentions, though he comes across as genuinely affectionate towards Evan and I could see him causing his own share of swooning if, as I suspect, he will get more story time in the next installment.

VitaLuna63
4.0 out of 5 stars Perfect for 13-17 year old girls
19 July 2015 - Published on Amazon.com
Verified Purchase
If I had a daughter, this a book I would give her. It has a heroine that ends up stronger than she ever realized, characters you invest in (broke my heart when one died), a setting that's fully believable and a plot that can go on for sequels. It's would make an amazing movie. The tie ins at the end of each chapter to title the next one were a great idea.

Only criticism was there are a lot of characters in it and I got lost in who was who twice.

This book is not in my genre or demographic and I liked it.

Have a daughter who liked Hunger Games? Get this.
Read more
Go to Amazon.com to see all 38 reviews 4.3 out of 5 stars
Get FREE delivery with Amazon Prime
Prime members enjoy FREE Delivery and exclusive access to movies, TV shows, music, Kindle e-books, Twitch Prime, and more.
> Get Started
Back to top
Get to Know Us
Make Money with Us
Let Us Help You
And don't forget:
© 1996-2020, Amazon.com, Inc. or its affiliates