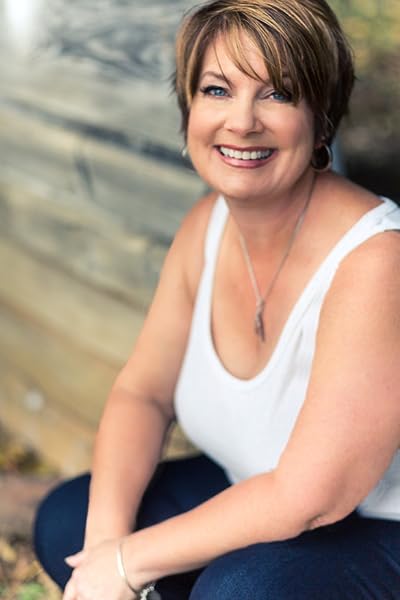 Start reading Unholy Pleasures (Half-breed Series Book 4) on your Kindle in under a minute.

BDC
5.0 out of 5 stars Amazing
Reviewed in Australia on 28 June 2017
Verified Purchase
Whats not to love in the wonderful imp world universe. Good guys, bad (well sort of) guys hot chicks and smokin dudes. A bit of detective action and a splash of magic makes for an entertaining lightish story. Great stuff, keep it coming.
Read more
Helpful
Report abuse
See all reviews

SavvyKazzy
5.0 out of 5 stars I hope this series never ends!
Reviewed in the United Kingdom on 20 February 2021
Verified Purchase
I hope I can carry on reading about the wild adventures (and the red hot sex and intimacy!) Of my friends. Irix and Amber. I hope their story will never end
Read more
Report abuse

carona1961
5.0 out of 5 stars Delightfully Pleased...
Reviewed in the United Kingdom on 4 May 2018
Verified Purchase
This series just gets steamier & steamier!..
Looking forward to reading the next addition to this collection..
Debra Dunbar is definitely on my list of favourite authors <3
Read more
Report abuse

E. Nolan
4.0 out of 5 stars Grapes of Wrath
Reviewed in the United States on 29 July 2017
Verified Purchase
Half Elf / Half Succubus Amber Lowry has just completed her botany
degree and is interning at a Napa Valley vineyard. Unfortunately,
shortly before her arrival, everything that can go wrong with grape
vines has started to happen -- even contradictory things like
multiple vine diseases that thrive in completely different conditions.
Amber can't help herself from healing some of the vines, but that's
not why she is there, and besides the vineyard has hired an Elf (the
ongoing Elf invasion has basically failed at this point in the Imp
timeline) to deal with the problems, and Amber has bigger concerns
like one of her dearest lovers growing distant, an unexpected
Breeding Contract offer from a powerful warmonger demon she met on
her recent trip to Hel, worries about her longterm prospects with
her soulmate Irix and two plague demons who seem to have it in for
her. Of course Amber has never been able to let go of a problem,
even if it's not hers, and this time won't be any different.

So far the Halfbreed books are my second favorites in the Imp
universe, and I have to say this was a good bit more entertaining
that the last book about her sorta-sister Nyalla, perhaps because
it wasn't trying to set up a pairing too quickly.

Be aware: Amber has fully embraced her succubus half now, so there is
a good bit of sex.
Read more
One person found this helpful
Report abuse
See all reviews
Back to top
Get to Know Us
Make Money with Us
Let Us Help You
And don't forget:
© 1996-2021, Amazon.com, Inc. or its affiliates