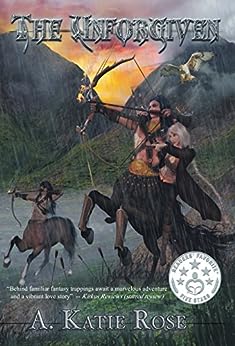 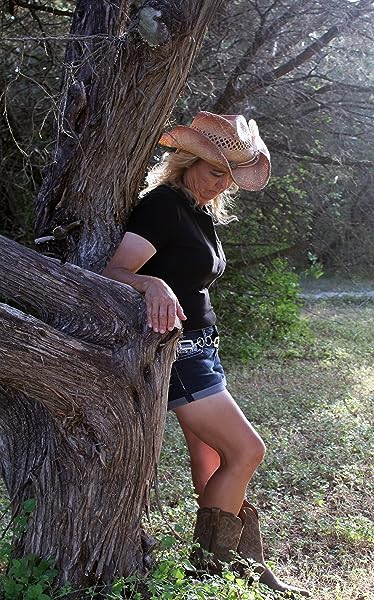 by A. Katie Rose (Author) Format: Kindle Edition
See all formats and editions
Sorry, there was a problem loading this page. Try again.
When the moon and the sun
Are joined as one,
From tears of strife, from the bitter ashes,
From sorrow and from rage
That what was once parted
Shall again be one.

First Captain Vanyar: Disgraced. Outlawed. Haunted by the chilling murder of his own men, he is consumed by guilt and knows he can never find redemption for his crimes. The most talented Shape-Shifter ever born, only he can save Princess Iyumi from a Witch’s evil, and help her find the child of prophecy. But his Atani brothers, seeking justice for the slaying of Vanyar’s unit, plan his private execution against the King’s orders.
Princess Iyumi: She is the legendary “She Who Hears”, the voice of the gods, and the gods’ chosen tool. Only she knows where to find the child spoken of in the ancient prophecy, the child who will unite two warring countries and protect the world of magic from obliteration. Caught between two warring men, only her love is hers to give, to offer to the only man she ever wanted.
Prince Flynn: Despised by his own people, cruelly abused by his father, he fights to hide his magical gifts from those who would slay him for possessing them. By blood and by fire, he gains a terrible power, and condemns his own soul. He must find Princess Iyumi and the child, and bring them to his father’s mistress, the Red Witch. Or the only people who ever mattered to him, his mother and his sister, will die.
Read more
Previous page
Next page

By ALY on May 17, 2015 Format: Kindle Edition I enjoyed this book very much. I have not read anything from this author before and I was very impressed. I loved it! You should check this book out it was a great book and I was on the edge of my seat the whole time. * I received this book from the author in exchange for an honest review* --This text refers to an alternate kindle_edition edition.

A. Katie Rose is a workaholic living in San Antonio, Texas. With her day job as a photographer, she writes in what little remains of her spare time. She enjoys long walks, reading (when possible), watching movies, red wine, and drinking beer around a fire with friends. Among her extracurricular activities, she rides her horses and rescues cats.

4.1 out of 5 stars
4.1 out of 5
7 global ratings
How are ratings calculated?
To calculate the overall star rating and percentage breakdown by star, we don’t use a simple average. Instead, our system considers things like how recent a review is and if the reviewer bought the item on Amazon. It also analyses reviews to verify trustworthiness.

There are two kingdoms who fear and hate each other. The humans fear magic and teach their kids to fear and hate it. While the other kingdom is all magical, shape shifters, griffins, centaurs, and other mythical creatures. Both have heard of the prophecy of the child that will forever unite their kingdoms. And both are fighting to find the child first. Vanyar, a shapeshifter, goes with his commander Malick the centaur, to protect princess Iyumi on their journey to find the prophesied child. Meanwhile, Flynn, the prince of the human kingdom is commanded by his father to go kidnap the princess, find the child and bring them both back home.

There was a lot of action, humor, and emotion throughout the whole book which really helps you connect with the characters and really like you're seeing them as your reading. This was a great book that I would definitely recommend.

Stephanie
3.0 out of 5 stars Different, but still a good read.
Reviewed in the United States on 14 February 2017
Verified Purchase
I actually loved this book because it wasn’t only long, but it was something that grabbed my attention. If you like sci-fi or shifter novels this is for you. It’s a little slow in the beginning, but it picks up towards the middle and holds steady throughout the rest of the book. It will take you a while to read a bone which is why I loved it so much. There was so much detail that the book had to be long enough to cover it all. There was so much going on in the book that it was sometimes hard to follow it for a brief second and then it was easy to pick back up and realize where everything was going. There is a battle in the book that made the story what it is. You don’t even realize what's happening has an impact on the ending, but it does. You might think you have an idea of where the story might go, but I can promise you that you'd be completely wrong.
Read more
Report abuse

Gali
5.0 out of 5 stars A book worth reading!
Reviewed in the United States on 18 January 2017
Verified Purchase
I loved the book very much! This was one of the best fantasy books I've read in recent times, and I read a lot! The story was filled with constant action and I could not stop turning the pages to see what would happen next. If you are looking for a great fantasy that will have you scrambling for more, "The Unforgiven" fits the bill perfectly. The characters are impressive (I loved them), the plot is exciting and the writing is superb! I highly recommend it!
Read more
Report abuse

jim p
4.0 out of 5 stars Good story. Ending not so much.
Reviewed in the United States on 29 May 2016
Verified Purchase
The story keeps you involved to the end. Some of the plot lines seem forced especially at the end. Worth the read.
Read more
Report abuse

Kindle Customer
4.0 out of 5 stars The truth comes to light.
Reviewed in the United States on 27 May 2016
Verified Purchase
I gave this book a four star rating because it is a very good book that kept me interested from start to finish. Van is blamed for the deaths of shoulders under his command. He gets a chance to make amends which might cost him his life but things are not always as they seem.
Read more
Report abuse
See all reviews
Report an issue
Does this item contain inappropriate content?
Report
Do you believe that this item violates a copyright?
Report
Does this item contain quality or formatting issues?
Report