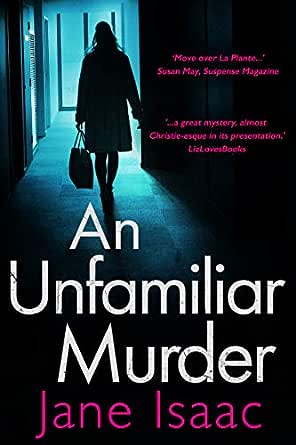 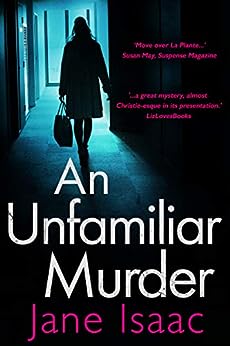 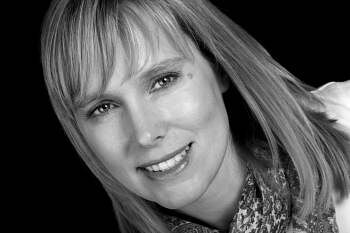 Jane Isaac lives with her husband, daughter and dog, Bollo, in Northants, UK. Two of her murder mystery short stories will appear in crime anthologies by Rainstorm Press and Bridge House Publishing, due for release in 2012. An Unfamiliar Murder is her first novel. --This text refers to an out of print or unavailable edition of this title.

4.2 out of 5 stars
4.2 out of 5
228 global ratings
How are ratings calculated?
To calculate the overall star rating and percentage breakdown by star, we don’t use a simple average. Instead, our system considers things like how recent a review is and if the reviewer bought the item on Amazon. It also analyses reviews to verify trustworthiness.

Kayle
3.0 out of 5 stars Beautifully written, but.....
Reviewed in Australia on 13 January 2019
Well-written in a literary sense but the plot is a bit unbelievable. While I like strong characters, and DCI Helen Lavery is certainly that, I get irritated when characters do stupid things like put themselves in danger, like Anna does in this story. Also, too much character introspection for my liking.
Also, the author needs to rethink phrases suggesting a character would have been attractive but age had sagged her/his face. Please, spare a though for your older readers - and remember it when you have aged. And don’t use it in every novel you write.

Joy Kluver
5.0 out of 5 stars A magical mystery crime tour
Reviewed in the United Kingdom on 19 April 2016
Verified Purchase
Imagine coming home after a long day at work. You have an evening event on for your parents’ wedding anniversary but you have a bit of time to relax and get changed. You even have time to pop to the shops to get something your parents asked for. Everything is going fine until you get home and find that your flat has been broken in to. However, there’s more than just the mess, there’s a strange metallic smell and it’s coming from the lounge… but that’s just the beginning of the nightmare for Anna Cotrell.

DCI Helen Lavery, recently promoted, is in charge of the case. It’s her first homicide and she has her father’s police reputation to live up to. If that wasn’t enough pressure, Helen is also a young widow with two teenage sons. She can only do her job with the help of her mother. Although Anna starts off as prime suspect, it quickly becomes clear to Helen that the case isn’t that simple.

Although it’s set in a fictional county with fictional towns and villages, you quickly get a good sense of place as well as characters. I particularly liked Helen. Police officers are often portrayed with major flaws and problems but in this instance, it’s the battle between work and motherhood that causes Helen’s difficulties. And as she moves up the promotion ladder, the sacrifices become bigger.

At the heart of it is a mystery. Who is the dead man that is found by Anna, a complete stranger to her? And why is he in her flat? Isaac takes you on a magical mystery tour as she weaves in and out of storylines through Helen and Anna’s eyes mostly but also the killer’s.

If you like your crime on the slightly more gentle side but without being totally cosy, then An Unfamiliar Murder is a great book to read. I really enjoyed it and look forward to reading more of Jane Isaac's books.
Read more
7 people found this helpful
Report abuse

Robert Crouch
4.0 out of 5 stars Intriguing plot and story
Reviewed in the United Kingdom on 12 January 2021
Verified Purchase
Imagine coming home after a hard day at work and finding the body of a stranger, murdered in your home. You wouldn’t think it could get much worse – until the police take you in for questioning as a suspect.

At the same time, DI Helen Lavery, in charge of her first murder enquiry, has to make sense of the murder. A second death increases the pressure and the pace picks up, focusing on the investigation more as the detectives make a breakthrough.

But will they be in time?

I enjoy trying new authors and series, getting to know new characters and settings. You can never be sure what you’re going to get and the first quarter of this story took its time to get going with a lot of focus on the emotional state of Anna and Helen Lavery. But once the investigation kicked into gear, the story picked up and became an exciting and intriguing hunt for the killer. The characters revealed themselves through their actions and relationships and the secrets were peeled away, layer by layer.

This is a good first novel to a series with an intriguing plot, plenty of drama and tension, and some engaging characters that lay a sound foundation for future novels.
Read more
Report abuse

David Hardy
5.0 out of 5 stars Excellent police procedural
Reviewed in the United Kingdom on 17 April 2016
Verified Purchase
Arriving home from a routine day at work, Anna Cottrell has no idea that her life is about to change forever. But discovering the stabbed body of a stranger in her flat, then becoming a prime suspect in a murder inquiry is only the beginning. Her persistent claims of innocence start to crumble when new evidence links her irrevocably with the victim… Leading her first murder investigation, DCI Helen Lavery unravels a trail of deception, family secrets, and betrayal. When people close to the Cottrell family start to disappear, Lavery is forced into a race against time. Can she catch the killer before he executes his ultimate victim?

This is a very well-crafted police procedural. A stunning plot that keeps you guessing right until the end. With strong and very believable characters, this book craves your attention.

Suspenseful, eery and quite scary. This book has all the qualities of a classic who's done it!!

PWilliams
5.0 out of 5 stars Hooked right from the start!
Reviewed in the United Kingdom on 28 January 2021
Verified Purchase
Opening chapters are so important and the way I came across this book is a perfect example of this. I read a review of it, liked the sound of it but thought it sounded familiar. A woman comes home to find a complete stranger, murdered, in her flat. So I downloaded a sample. I hadn't read it but by the time I finished the sample I was completely hooked and immediately downloaded the book.

And I'm so glad I did. I loved the main character, DCI Helen Lavery and really warmed to her as she is so totally believable. A single mum, trying to juggle a career and a family. Unfamiliar Murder is the first in the series and I have since downloaded the second, which I am looking forward to.
Read more
Report abuse

bucksranger
5.0 out of 5 stars Page Turning Debut
Reviewed in the United Kingdom on 18 April 2016
Verified Purchase
Jane Isaac’s first DCI Helen Lavery novel is as confident a debut as you could ask for and breaks away from many of the stereotypes of the police procedural. For a start, her protagonist is an ordinary, hard-working woman, juggling a demanding job with a family whilst coping with widowhood who has us rooting for her from the moment she steps onto the page.

But Isaac’s other great strength is creating three-dimensional victims whom we can care about, and putting them centre stage for a fair bit of the time.

Here we have Anna Cottrell, who arrives home to find the body of a stranger in her flat, stabbed to death. It’s only the start of a nightmare for Anna, who quickly becomes the prime suspect. Things become worse for her as evidence emerges that connects her to the victim.

The tension inevitably ratchets up as Lavery digs for the truth, and it all makes for a great page turner that holds you right to the end.
Read more
3 people found this helpful
Report abuse
See all reviews
Back to top
Get to Know Us
Make Money with Us
Let Us Help You
And don't forget:
© 1996-2021, Amazon.com, Inc. or its affiliates