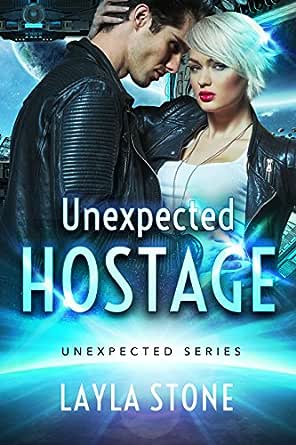 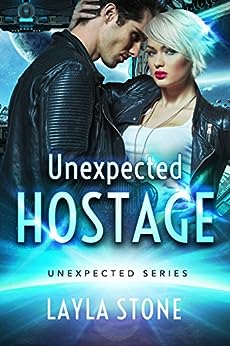 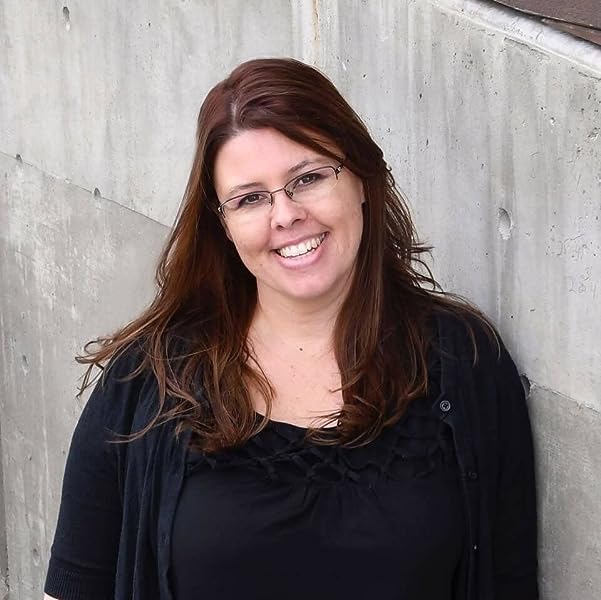 Tessa
TOP 100 REVIEWER
4.0 out of 5 stars Different.
Reviewed in Australia on 31 October 2018
Sasha was born to a Terran mother on a slave planet.
Sci is a Cerebral who was found floating in a life pod by a Federation ship. The ship is manned by a mixture of Federation spacers who have escaped another slave planet where they were forced to fight in the arena. Most of the crew didn't survive and their pilot was critically injured. At first they didn't believe that Sasha could be a pilot but changed their minds after she successfully navigated her way through an asteroid belt.
Sasha now has the opportunity to become a Federation pilot thanks to her .mother's sacrifice.
Then she meets Sci who fascinates her from the beginning.
This is a fast paced story that gives a very different view of the future in space. Sasha is naive but determined to succeed as a pilot and to rescue her mother and her friend from slavery. Sci is from a Cerebral planet where people are born by artificial means and have no human contact with each other. Sasha overwhelms him and he fascinates her.
I would describe this as a gritty tale but well worth reading.
Read more
Helpful
Report abuse
See all reviews

DarcLibrarian
5.0 out of 5 stars Slow burn Alien Romance
Reviewed in the United Kingdom on 15 January 2020
Verified Purchase
He was locked in a cage, after being kidnapped, beaten and sold and medically altered. Now he has a cabin mate, a female mate who should be terrified of him, only she isnt. Everyone in charge says the telepath is dangerous and cant be trusted but she knows thats just wrong. Even as she tries to keep away from him and not talk to him, every cell in her body craves his words, his touch, his very essence but can she be with him and still rescue her mother or will she find that Her Alien has some impressive skills that may just keep everyone alive. I really enjoyed this action packed science fiction romance where being different could cost you your life.
Read more
Report abuse

Tanyawriter
5.0 out of 5 stars In a cage
Reviewed in the United Kingdom on 12 September 2018
Verified Purchase
He was locked in a cage, after being kidnapped, beaten and sold. Now he has a cabin mate. She thinks he is not dangerous but she does not know him. The ship is attacked and he wants to escape. He finds he wants to take her with him. What will happen between them? Can they escape? See how they will get on

S. Smalley
3.0 out of 5 stars A Re-imagining of Two People From Different Worlds Finding Their Happy Ever After...
Reviewed in Canada on 18 September 2018
Verified Purchase
This is a solid escapism romance. Two people from very different worlds are changed when they get to know each other's point of view. There was enough prejudice, pride and stupidity to be creating a realism for the world in which we live today. If there wasn't so much justification of outright murder, because those murdered were murderers themselves, then I would be giving this a better rating. I just don't personally like outright justifying of vigilante justice, because it lends itself to misuse and abuse. It is a really decent, imaginative, sci-fi romance.
Read more
Report abuse

Katydid
5.0 out of 5 stars Great Sci Fi Romance
Reviewed in the United States on 25 October 2018
Verified Purchase
I sat down and read Unexpected Prize and immediately after bought and read Unexpected Hostage. Layla Stone is a great storyteller and has brought me into 2 new connected worlds in these 2 books. I will be posting this same review under Unexpected Prize so forgive me for doing some cross referencing here.

Unexpected Prize is set on a world of fighters and pleasure houses. The hero is a fighter who is ready to retire and become a trainer of arena fighters. His last fight ended up with him being offered an Earth slave as his prize because his prize money was stolen. He didn't want a slave but if he left her behind she would be sold to someone else and he would be given her sale price.

The natives of the planet solved most things by fighting and you will see much of that here but it lends to the authenticity of another culture. The author gives us plenty of side story involving the arena owner where Jarr-o fought, his dastardly father and a sister he presumed kidnapped and killed.

Carra, the heroine, has a great backstory of her own and lots of spunk and speaking her own mind no matter the consequences. Both the hero and heroine are well written characters who get confused and make mistakes in learning each other. It was a joy to read and follow their progress while building a relationship.

At the end of the story is a set up of the next story, Unexpected Hostage, when we see rescued prisoners introduced who will travel together on an automated federation ship from this planet. The heroine, Sasha, basically escapes the planet so she won't have to work in one of its pleasure houses with the help of her mother and a friend. The hero is from the Cerebral race whose telepathic and telekinetic abilities prohibit their presence in federation space. He is one of those being taken on the rescue vehicle but kept in a cage and for a time unconscious because they consider him dangerous and possibly a criminal if he knowingly entered federation space.

In this story we learn more about all of the rescuees which include the rescued captain, a demon-like species, a medical officer from a species with questionable morality when it comes to experimentation and a cyborg. Do I need to say more?

The rescue vehicle is damaged and the group need a pilot to assist with making the trip back to one of their facilities. Even though Sasha has great piloting abilities she will need to prove herself since she has no training. The crew isn't really welcoming on the small ship and she ends up sharing space with Sci the hero who they set up in a cage in one of the crew rooms. Sci's abilities have been temporarily blocked, they all assume, and all crew members wear blockers for their protection. Sasha unknowingly breaks hers so Sci can read her emotions and thoughts. Even though the federation is afraid of Cerebral abilities, their culture is very rigid on what and how they can use their abilities on others.

Between Sasha's natural vibrancy and lack of prejudice Sci is able to experience emotions such as affection and desire which he has never experienced before. Cerebrals do not have families and are not used to physical touch so he has a lot to learn and not sure at first if he wants it since it is considered tribal and below Cerebral standards.

Sci is already an unusual Cerebral since he has a connection with his brother which is not heard of on Cerebral. Much happens during the story and I will warn you that the heroine is captured and tortured by her madame from her home planet at one point. After that the group moves to a star cruiser the captain now commands and we learn more about how Sci was removed from his home planet and the fate of Sci's brother and Sasha's friend which is just a lead off into the next 2 stories I believe.

The next story, Unexpected Demon, is about crew member Pax and it sounds like the star cruiser's supply officer. It is coming out in December 10th and I can hardly wait for it.

I was looking for more books to read and checked out the author's website. She has interesting blog entries with background information on character and story development which you may also enjoy.

I own close to 10,000 books on my Kindle and no I am not kidding. You should see how long it takes my cloud reader to populate. While some are work or hobby related, most are romance. When I say these are great books and a great new author to check out, I can honestly say I have been around the block more than once and have something for comparison.

These are keepers which I know I will revisit time and time again because of their freshness.
Read more
6 people found this helpful
Report abuse

cantara
5.0 out of 5 stars a mindreader could be the best lover!
Reviewed in the United States on 30 April 2019
Verified Purchase
escaping the pleasure planet lotus nexus is sasha's dream and her mother helps it come true. sci is a cerebral who should not be on this side of the galaxy and a doctor whose race has a bad reputation inhibits his telikensis and puts cerebral blockers on everyone. sasha doesn't realize it, but hers broke shortly after she put it on. the only bed available on the ship is in the same room with sci, who is in a cage (to protect the crew of course). he realizes how much he needs her thoughts in her mind but doesn't understand her need for physical contact. he finds out later just how good physical contact is! if you're looking for a dominant alien character this book isn't for you. if you want some romance with a few good orgasms, enjoy!

it turns out sasha isn't just a terran (human) but half kooyon. the question is will this help or hurt her chances to train to be a pilot? she's already proven herself to one captain, but is it enough?

there are some serious rescues all through the book, the story kept me riveted the whole way through.

a couple of triggers, none sexual.
Read more
One person found this helpful
Report abuse
See all reviews
Get FREE delivery with Amazon Prime
Prime members enjoy FREE Delivery and exclusive access to movies, TV shows, music, Kindle e-books, Twitch Prime, and more.
> Get Started
Back to top
Get to Know Us
Make Money with Us
Let Us Help You
And don't forget:
© 1996-2020, Amazon.com, Inc. or its affiliates