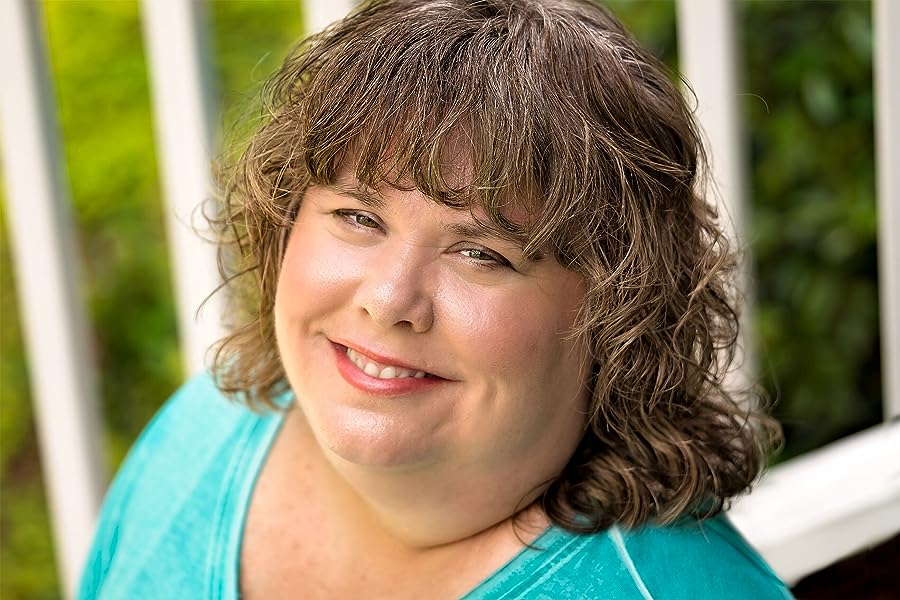 Noise: The new book from the authors of ‘Thinking, Fast and Slow’ releases on May 19.
If the Amazon.com.au price decreases between your order time and the end of the day of the release date, you'll receive the lowest price. Pre-order now.
Start reading An Unexpected Encounter (Half Moon House Novella 1) on your Kindle in under a minute.

Deb Marlowe adores History, England and Men in Boots. Clearly she was destined to write Regency Historical Romance. A Golden Heart Award winner and Rita nominee, Deb grew up in Pennsylvania with her nose in a book. Luckily, she'd read enough romances to recognize the true modern hero she met at a college Halloween party--even though he wore a tuxedo t-shirt instead of breeches and boots. They married, settled in North Carolina and produced two handsome, intelligent and genuinely amusing boys. Though she spends much of her time with her nose in her laptop, for the sake of her family she does occasionally abandon her inner world for the domestic adventure of laundry, dinner and carpool. Despite her sacrifice, not one of the men in her family is yet willing to don breeches or tall boots. She's working on it. Deb is a Director of the Raleigh/Durham satellite of Lady Jane's Salon. She blogs at The Lady Scribes You can talk books, movies, TV, recipes, kids and more with her on Facebook or Twitter

DONNA J WILTSHIRE
5.0 out of 5 stars fantastic read
Reviewed in Australia on 6 March 2014
Verified Purchase
Subtle interference! I enjoyed reading this short story and feeling for the characters involved. Will there be a tale about Vickers and his history with his father revealed?
Read more
Helpful
Report abuse
See all reviews

I am impressed with Deb Marlowe's astute grasp of the subtleties of human nature and interactions. The tenderness between the young lady Lizbeth and 8-year-old Aurelia is really touching. Aurelia is such a lovely child dealing with the grief of her parents' deaths. Lord Cotsworth is an idiosyncratic, reclusive man who has been hiding from society in a way, but this young girl becomes his ward. The hero and heroine were both likable and admirable. Excellent and must-read example of governess-themed romance. FYI, there is only one somewhat steamy love scene.
The subtle strategizing by characters reminds me of Courtney Milan's Brothers Sinister series. Courtney Milan fans should try this Half Moon series by Deb Marlowe, especially this one. I also really love that this novella is bookended with scenes showcasing how the smart and bold Hestia Wright, an illustrious former courtesan, is finding someone to help. I do not know of any other historical romance series doing anything quite like it. Furthermore, we see a fascinatingly intimate moment of Hestia's letting us know a secret from her past.
Read more
2 people found this helpful
Report abuse

MunchKin
5.0 out of 5 stars Good, Sweet Read
Reviewed in the United States on 21 May 2018
Verified Purchase
Lisbeth has run away from home - her stepfather wants her to marry a local squire in exchange for a prize bull. Her friend was supposed to meet her at the museum and take her to stay with his mother, but he does not show. Aurelia is a little girl who has lost her parents. Her guardian is too busy with his work (and secluding himself from society) to pay attention to her, so she frequently escapes to the museum, where she feels close to her father. Hestia brings Lisbeth and Aurelia together, and a bond is instantly formed. Enter the guardian, Lord Cotwell, and things start to get complicated.
Read more
One person found this helpful
Report abuse

Ernie
5.0 out of 5 stars Short, sweet and satisfying
Reviewed in the United States on 3 December 2013
Verified Purchase
What a delightful read. The writing drew me in and I was so involved with Lisbeth, Lord Cotwell and Aurelia I had finished the story with a satisfied sigh and smile within a few hours. I hadn't meant to read it in one go, but there you have it. Deb Marlowe frames the story of two hurting people (who are tailor made for each other - this is a romance) with Hestia Wright, an intriguing character herself. I'm sure she turns up in other books and more of her situation is disclosed. I would like to learn more of her. She also plays a small part in terms of page time, not importance, to the storyline of this book.

Lisbeth is a young woman of strength and character who has been belittled and made to feel inferior by her stepfather. She has run off to avoid being traded in marriage for a bull to build his herd. Hestia sees her waiting in the British Museum for a friend who has agreed to help her - but fails to show. Hestia brings about the meeting of Lisbeth and Aurelia, a little girl who has been in the museum unattended for hours. Lisbeth and Aurelia take to each other and Lisbeth ends up staying as nurse/governess - on a temporary basis - with Aurelia and Lord Cotwell, Aurelia's bear of a guardian.

The different threads of the story, Lisbeth's story, Lord Cotwell's past, even the friend who stood her up, are all woven together seamlessly and believably. I found the book well-written in style, development of characters and plot. There were a few typos, but no misuses of the English language such as I have found in other books where people use words that they obviously don't know the meaning of. And the typos were so few that they weren't distracting.

Amazon Customer
5.0 out of 5 stars STARDUST !!!
Reviewed in the United States on 4 December 2015
Verified Purchase
The Characters emotions are very realistic. The Hero is a good guy that has been hurt and disillusioned by unkind ribbing and therefore isolates himself . The Heroine ha s been used as a workhorse and was to be bartered off for a cow. These two souls meet and warm your heart with their come back t o life, all the while both are being watched over by Hestia, without them knowing it. At the end you will so glad you read this book, your heart will be warm. This author has a special gift above most author's, her characters are alive for you!
Read more
2 people found this helpful
Report abuse

Mommagabs
5.0 out of 5 stars Perfectly sweet!
Reviewed in the United States on 28 April 2018
Verified Purchase
Short, sweet, and perfect! Being a tall girl myself, Lisbeth struck a chord in me. Attempting to escape a loveless match, she runs off to London and a meeting at the Museum of Natural History. But she doesn't meet the man she was expecting...and that is the best thing that could happen to her!
Read more
One person found this helpful
Report abuse
See all reviews
Back to top
Get to Know Us
Make Money with Us
Let Us Help You
And don't forget:
© 1996-2021, Amazon.com, Inc. or its affiliates