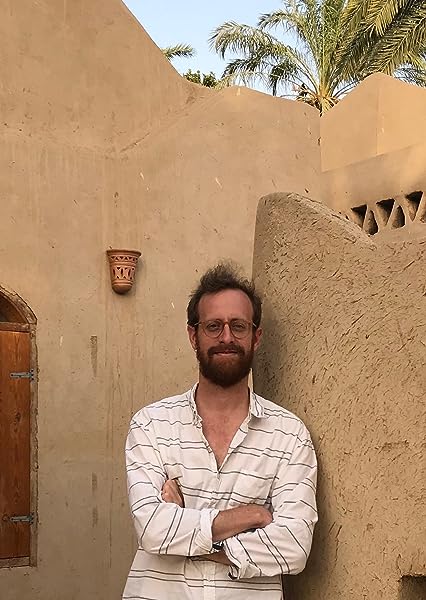 by Will Hunt (Author)
4.6 out of 5 stars 17 ratings
See all formats and editions
Sorry, there was a problem loading this page. Try again.

'A mesmerizingly fascinating tale, one astonishing adventure after another. I could not stop reading this beautifully written book.' Michael Finkel, author of The Stranger in the Woods
'A unique history of a culturally and scientifically important netherworld most people barely know exists.' Booklist
'An unusual and intriguing travel book ... A vivid illumination of the dark and an effective evocation of its profound mystery.'Kirkus (starred review)

When Will Hunt was sixteen years old, he discovered an abandoned tunnel that ran beneath his house in Providence, Rhode Island. His first tunnel trips inspired a lifelong fascination with exploring underground worlds, from the derelict subway stations and sewers of New York City to sacred caves, catacombs, tombs, bunkers and ancient underground cities in more than twenty countries around the world. Underground is both a personal exploration of Hunt’s obsession and a panoramic study of how we are all connected to the underground, how caves and other dark hollows have frightened and enchanted us through the ages.

In a narrative spanning continents and epochs, Hunt follows a cast of subterraneaphiles who have dedicated themselves to investigating underground worlds. He tracks the origins of life with a team of NASA microbiologists a mile beneath the Black Hills, camps out for three days with urban explorers in the catacombs and sewers of Paris, descends with an Aboriginal family into a 35,000-year-old mine in the Australian outback, and glimpses a sacred sculpture moulded by Paleolithic artists in the depths of a cave in the Pyrenees.

Each adventure is woven with findings in mythology and anthropology, natural history and neuroscience, literature and philosophy – this is a graceful meditation on the allure of darkness, the power of mystery, and our eternal desire to connect with what we cannot see.

'A thrilling journey ... Underground will change the way you see the ground beneath your feet.' ― The Herald

'Throughout this fascinating book he ties together the ancient and the modern, the familiar and the distant with remarkable deftness and sympathy.' ― Literary Review

'Beautifully written. Hunt has attuned to the smells and textures of subterranean places (in the dark, visual comparisons don't get you very far) ... winningly obsessive history of our relationship with underground places.' ― The Guardian

'Anthropology goes underground in Will Hunt's unclassifiably brilliant foray into human cultures beneath the skin of city streets and rural scapes ... Hunt leads us into illuminating depths and darkness.' ― Nature

'Few books have blown my mind so totally, and so often. In Will Hunt's nimble hands, excursion becomes inversion, and the darkness turns luminous. There are echoes of Sebald, Calvino, and Herzog in his elegant and enigmatic voice, but also real warmth and humor. An intrepid—but far from fearless—journey, both theoretically and terrestrially.' -- Robert Moor, New York Times best-selling author of On Trails

'Underground is, literally, a revelation. Hunt, a fearless, eloquent and truly insightful guide, takes us underground, around the world, from guerrilla art galleries, to ancient sacred chambers, to lost worlds inhabited by lost souls. In so doing, Hunt initiates us into a suite of subterranean mysteries that span geography, culture and time, awakening the dormant, but profound allure the underworld holds for us and, as he so persuasively demonstrates, for all of humankind.' -- John Vaillant, author of international bestseller The Tiger

'Will Hunt has pulled off a stunning feat of reportorial magic with this book. He has taken what may be our worst fear—being underground, where many of us will spend eternity—and transformed it into a mesmerizingly fascinating tale, one astonishing adventure after another. I could not stop reading this beautifully written book.' -- Michael Finkel, author of The Stranger in the Woods

'As a sunlight-craving claustrophobe, I’m not normally drawn to sewers or mine shafts plunged a mile into the earth, but Will Hunt is an irresistible guide. I followed Underground’s global tour of subterranean cultures with astonishment and joy, happy to meet a cast of cataphiles, compulsive diggers, ochre priests, spelunkers, and various seekers of the dark. I will never look at a hole in the ground in quite the same way again.' -- Justin Davidson, author of Magnetic City and architecture critic of NYMag

'Will Hunt’s Underground left me, for days, wanting to go there—down, down, down, into the moisture and the mystery. It succeeds as reportage, as memoir, as historical survey and philosophical reflection. Hunt is a generous and literate moleman, beckoning us always to look lower.' -- Ted Conover, author of Newjack

'Underground is for anyone who's ever peered into a crack in the earth and felt that peculiar blend of unease and curiosity. Read this and you will never look at the ground beneath you in the same way again.' -- Steve Rinella, author of Meat Eater

'An unusual and intriguing travel book, into the world beneath the world we know ... As Hunt reveals the scientific, historic, literary, psychological, spiritual, and metaphorical qualities of his exploration, it begins to seem less idiosyncratic than universal, a pull that has persisted throughout civilization and a mystery that has yet to be solved. The underground may represent hell to some, but it has also provided spiritual solace for centuries ... A vivid illumination of the dark and an effective evocation of its profound mystery.' ― Kirkus (Starred Review)

'Urban explorer Hunt serves as a genial guide to the clandestine communities, unexpected lives, and hidden histories  existing in subterranean realms. … [Hunt] is always entertaining, and this brisk work, rife with intriguing characters and little-known traditions and communities, will leave many readers wanting to dig deeper into the worlds hiding beneath their feet.' ― Publishers Weekly

'What is it about that unseen world beneath our feet that both calls to us and repels us at the same time? Are there secrets just beyond a rusted No Trespassing sign? Why do some of us seek to unseal the catacombs of the dead?  In Underground Will Hunt explores the subterranean world in all of its historic and psychological grandeur. This tour de force just might make you want to pull on a pair of rubber boots and strap on a headlamp to get a peek at the places we've forgotten.' -- Scott Carney, author of New York Times bestseller What Doesn't Kill Us

Will Hunt's writing, photography and audio storytelling have appeared in The Economist, The Paris Review, Discover, Audible Originals,and Outside, among other places. A recipient of grants and fellowships from the Thomas J. Watson Foundation, the New York Foundation for the Arts, the Bread Loaf Writer's Conference, and The Macdowell Colony, he is currently a visiting scholar at the NYU Institute for Public Knowledge. Underground is his first book.
Start reading Underground on your Kindle in under a minute.

Pankaj Varma
5.0 out of 5 stars An excellent book
Reviewed in India on 14 December 2021
Verified Purchase
I started reading the book on someone’s recommendation but a little hesitatingly- it’s a way out topic from what I usually read. Soon I was glued and could not put down the book till I finished it. An unputdownable book.
Read more
Report abuse

NC teacher
4.0 out of 5 stars Fascinating Arm Chair Exploration
Reviewed in the United States on 22 March 2019
Verified Purchase
Fascinating look from a wide variety of perspectives: scientific, philosophical and psychological, among others.
Read more
One person found this helpful
Report abuse

Sarah Gross
5.0 out of 5 stars Fantastic Read!
Reviewed in the United States on 1 December 2020
Verified Purchase
I bought this book for a class and it came in good quality, and the book was wonderful! Definitely a good read if you like investigative journalism or anthropology. Even though its just a book about underground places, it goes to some really interesting places and asks wonderful questions. Honestly couldn't put it down.
Read more
Report abuse

lisbeth
4.0 out of 5 stars "Think about what's under your feet...
Reviewed in the United States on 7 October 2019
Verified Purchase
The book arrived in a timely fashion, and of course, is fascinating to read.
Read more
One person found this helpful
Report abuse
See all reviews
Back to top
Get to Know Us
Make Money with Us
Let Us Help You
And don't forget:
© 1996-2022, Amazon.com, Inc. or its affiliates