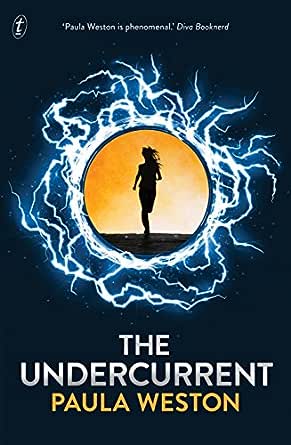 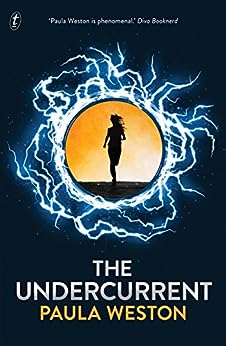 Paula Weston is a Brisbane-based author. She has more than twenty years? experience as a professional writer - first as a print journalist and then as a government communication and media specialist. She co-owns a writing/design consultancy. --This text refers to the paperback edition.

'In near-future Australia, a girl with unusual powers is caught up in a battle for the soul of her country.'--Kirkus on The Undercurrent; 'This fast-paced first novel, with its mix of realism and the paranormal, is a gripping read.' School Library Journal on Shadows; 'This atmospheric and romantic sequel will be embraced by fans of the first book.'--School Library Journal on Haze; 'Filled with heart-racing action, enthralling plot lines and some very kick-ass characters.'--YA Midnight Reads on Haze; 'The Rephaim is one of the most original and intriguing new young adult series available right now.'--Alpha Reader 'The Undercurrent has everything you could possibly ask for in a YA novel--illegal human experimentation, military groups for hire, companies with hidden agendas, government mismanagement of environmental threats, romance, X-Men-style abilities, a nuanced mother-daughter relationship and non-stop action and intrigue. The characters are endearing and believable, the romance meaningful without being saccharine and the plot races along with impeccable timing.' Books + Publishing; 'A real rollercoaster of a read, packed full of thrills and tension and non-stop action. The characters are captivating and nuanced. The plot is fast-paced and high-powered. Most importantly, it is a tightly written and eminently satisfying standalone book.'--Booktopia; 'Superbly written, action-packed fiction with interesting, brilliantly flawed characters.'--Fictional Thoughts --This text refers to the paperback edition.

An action-packed page-turner The Undercurrent is a stand-alone near future thriller from Paula Weston, author of the much-admired Rephaim series (Shadows, Haze, Shimmer and Burn). --This text refers to the paperback edition.
Read more