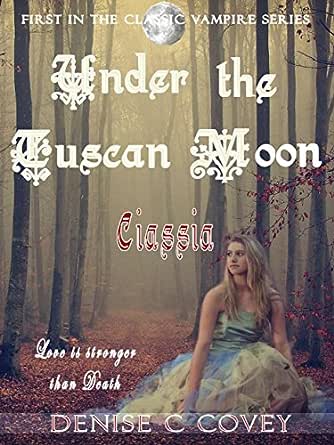 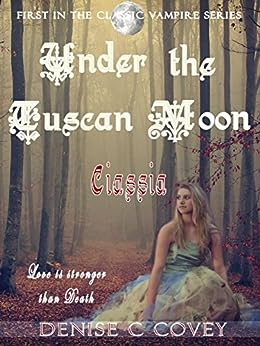 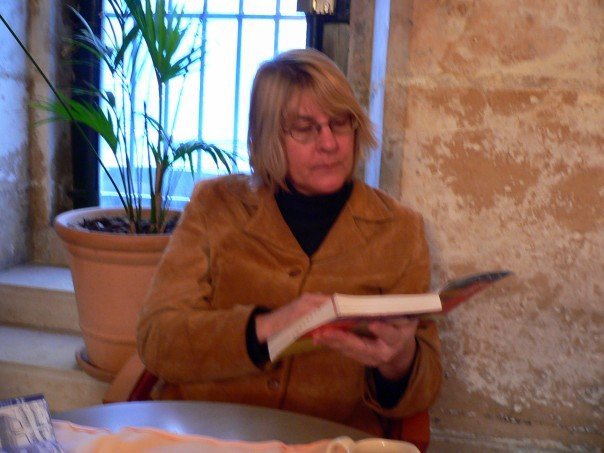 Kalpana Misra
5.0 out of 5 stars waiting with excruciating suspense for the perfect moment to strike
Reviewed in India on 13 March 2016
Verified Purchase
Vampires with emotions other than blood lust? An interesting twist in the tale and superb descriptions of the slow unfolding of events. I felt as though I sat with the vampires Vipunin and Cuchulain as they watch the young newly weds, waiting with excruciating suspense for the perfect moment to strike. The haunting beauty of the countryside is in stark contrast to the other wordly drama being played out. Denise Covey’s skill as a writer is on display here as she draws us into her story, creating an aura of lush pastoral luxury, of happiness and plenty cut short by dark forces. She left me thirsting for more. Can’t wait for the sequels promised.
Read more
Report abuse

Ann Carbine Best
5.0 out of 5 stars A Wonderful Story, Beautifully Written
Reviewed in the United States on 1 March 2016
Verified Purchase
Vampires have never been on my list of favorite characters to read about - until I read Under the Tuscan Moon. The writing is incredibly lyrical, mirroring the landscape of the late 16th century. What a luscious setting for this tale of a tormented soul, a monster who is also hauntingly human in his longings, his desires, and the choices he made in his mortal life. Now as a vampire he's tormented by what he lost and desires.

Reading about the eternal torment Vipunin suffers, I'm reminded of something I once read: Hell is coming face to face with the person we might have become. In Vipunin's case it's also what he might have had: the enchanting Ciassia.

Adjectives can be a problem if not used skillfully, and Denise Covey knows how to use them to pull the reader deeper and deeper into the characters and the setting, as in this example at the beginning of this tantalizing novella: ""The female enchanted him with her long golden tresses glinting in the starlight, a shimmering curtain of silk he longed to knot in his hand until her white neck was revealed to him in all its milky glory." Her face as sweet as a heavenly angel's, her lips luscious and red, her cloaked form hinting at a voluptuous body." This is brilliantly sensual. The author does indeed know how to use all the senses: taste, touch, hear, see, feel. She's also skilled with dialogue that helps draw me deeper and deeper into a world of shadow and darkness.

The vampires are more than traditional vampires. I saw them as representing the evil that's in mortal men and women - and the goodness that is often corrupted. I also found many connections to the "real" world in this tale of lost love, albeit through the eyes of a vampire. As with characters of science fiction, so in tales of vampires can we find the struggles between light and darkness, good and evil. Metaphorically speaking, there are "vampires" in the 21st century who torture, maim, and kill physically and verbally; who figuratively speaking drink the blood from their fellow human beings.

This is a most suspenseful story that builds and builds to an unexpected ending. A cliffhanger, as intended. I'm anxious to read the next novella that will be published in about two months. IMO, the novella is the perfect vehicle for a generation that thrives on speed, and believe me, this one is a page-turner. And even if you don't care much for vampires but, like me, are open to any well-written story filled with intrigue and romance, I don't think this one will disappoint you. NOTE: I guess you could say there is some sexual content. Depends on how you define sexual. I'm rather puritanical but didn't find anything uncomfortable or offensive.

Robyn Campbell
5.0 out of 5 stars Five Stars for Ms. Covey
Reviewed in the United States on 3 January 2016
Verified Purchase
Ms. Denise Covey has written an excellent vampire story. The first story in the series tells tales of Vipunin and Cuchulain as they walk the earth. I don't know where to begin in explaining the awesomeness that is this story. Characters are so well developed that at times, I thought I was personally acquainted with them. That is the TRUTH. People KNOW I do not lie. The setting (Tuscany) is so real in this story that it is a character unto itself. Beautiful description. Ciassia holds the key to this powerful read. Here is one of my favorite descriptions in the book. And it's the very beginning of this magnificent tale.

THE MYSTIC MOON hovered in the inky sky, inviting the stars to dance. Ethereal light spread over the gentle Tuscan hills, illuminating the path for two cloud-shadows. Hand in hand ran Sibon and Ciassia, two small smudges on the landscape. On feet made swift by love, they entered the leafy forest where the trees were so marvelously tall, all light was extinguished.

You just think you've read vampire tales before. You haven't. Not until your eyes feast of Under The Tuscon Moon. I know you want to read this luscious story of intrigue and vampires. Buy it. I give it five stars. Cheers to Ms. Covey for this most original, beautiful story of love and vampires.
Read more
2 people found this helpful
Report abuse

If you read the introduction, you get a sense for what the author is trying to accomplish, along with a fun history lesson. This story isn’t meant to outdo the tales of new, but pay homage to the tales of old. In that way, the story itself is written in a kind of, old-world style. Everything is very flowery and beautiful, in some ways detaching the reader from the action, but in other ways pulling them in on an emotional level. This story presented more a psychological struggle than a physical one, those there was some mild action involved.

This is not a style you see a lot of these days and I found it refreshing. It was nice to feel like I was in another time reading of dark things long gone. My only complaint is that for as short as the story is, not a lot happens. It’s not dull in any way, I just thought more would have transpired considering how it started off. While the ending didn’t come as a shot to me, I did find it satisfying.

Recommended to fans of the classic horror tales that lean toward the paranormal. Could be read by teens (with parental approval), but appeals to an adult crowd.
Read more
One person found this helpful
Report abuse

Sharif
5.0 out of 5 stars an amazing vampire novella
Reviewed in the United States on 6 February 2016
Verified Purchase
Two vampires, Vipunin and his servant Cuchulain, hide in the forest watching a loving couple and waiting for the perfect time to feed. When Vipunin, a duke from his previous life a century ago, realizes that the couple bears a striking resemblance to those in his past, he has to know about these two. As Vipunin holds off on his thirst for blood, the truth about Ciassia and Sibon is revealed and will surprise the reader when all the pieces about love, romance, family, and business come together. The author wrote in a descriptive, lush style that brought out the 16th century Tuscan setting. I look forward to the next installment.
Read more
One person found this helpful
Report abuse
See all reviews
Get FREE delivery with Amazon Prime
Prime members enjoy FREE Delivery and exclusive access to movies, TV shows, music, Kindle e-books, Twitch Prime, and more.
> Get Started
Back to top
Get to Know Us
Make Money with Us
Let Us Help You
And don't forget:
© 1996-2020, Amazon.com, Inc. or its affiliates