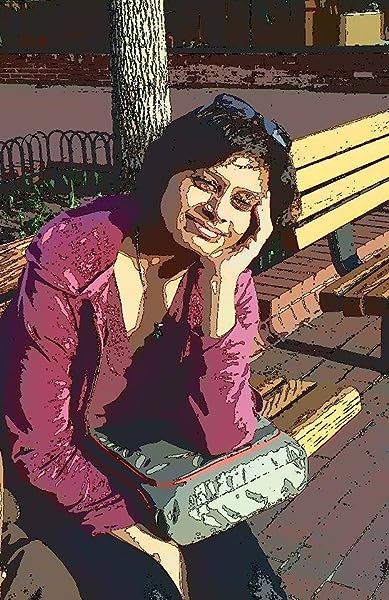 Under the Shade of the Banyan Tree: Poems, Rants, and Short Stories Paperback – 30 September 2019

by Simi K. Rao (Author)
5.0 out of 5 stars 3 ratings
See all formats and editions
Sorry, there was a problem loading this page. Try again.

"Simi K. Rao's Under the Shade of the Banyan Tree is a compelling collection of poems and short stories. Her spare and deceptively simple poetry leaves the reader with a new appreciation of our universal humanity, and her short stories will leave you wanting more."

"Rao amazes yet again with a true sense of what the modern woman goes through every day. We must battle cultural norms yet rebel in a way to gain our wings to do what we yearn to accomplish. She describes the dual roles of women, no matter where one comes from."

"I read Simi K Rao's Under the Shade of the Banyan Tree in two sittings. I simply couldn't put it down. The short stories were penned with an appreciation for the important placement of imagery, detail, and dialogue. This skill combined with likeable and formidable characters makes for an impressive read. But it is the poetry that grabbed me. Her innate propensity for unearthing our shared humanness, no matter our differences, strikes an emotional tone that allows her reader to not only relate, but to empathize. The poetry is straight up and to the point. It does not have to be interpreted or dissected to be understood. Simi is a straight shooter and certainly had an impact on this reader."

"Simi K. Rao's Under the Shade of the Banyan Tree is an engrossing read. Each poem tells a different story which strikes a chord with the readers instantly."

Simi K. Rao was born in India and has been living in the United States for several years. She is a practicing physician and a published author of fiction. This is her first collection of poems and short stories. She currently lives in Denver with her family. You can connect with the author and read more of her work on her website at www.simikrao.com. Follow her on twitter @simikrao and on Facebook: https: //www.facebook.com/simikrao.
Start reading Under the Shade of the Banyan Tree on your Kindle in under a minute.

AVIDReader worm
5.0 out of 5 stars A mixed bag- like a box of chocolate
Reviewed in India on 4 February 2020
Verified Purchase
First of all a huge thanks to the author and the team for allowing me to experience a beautiful and unique piece of work. Under the shade of the Banyan tree was a mixed bag for me. You can't exactly call it a work of poetry or a collection of Short stories because it is both. This fact actually surprised me, Intrigued me and at the same time kind of irritated me. So I am going to deal with the review in two halves as to what worked and what didn't in the book for me. Let's begin with the negative aspects as I really want to end the review on a positive note as overall the book is a surprise bag and nice too.

Under the shade of the banyan tree, as I said, is a mixed bag. It is like what Tom Hank's mother said to him in the Forrest Gump. Its a box of chocolate, where you never know what you will end up with. I kept bombarded with a poem then abruptly a short incident, and then out of nowhere a short story and almost half of what could have been a full-fledged novel in its own, if treated that way, hitting you when you least expected it. So perhaps I have given you somewhat an idea as to what happened, while I read the book. So this up and down, left and right, kind of jostled me a bit to keep track and understand how to take this book on.

What I wished was, for the book, that to have some kind of tangible or subtle pattern. If the book had it already, then it clearly missed its mark. In reality, you could see this book as somebody's travel notes. A literary and beautiful collection of words and emotions on everything the poetess/authoress saw in her journey, which in this case could very well be a journey of life. So like anybody's personal diary, it is spread all over yet has the finest and sharpest picture to what is being said and shown.

Ok now that I have ruined everybody's mood, let's perk up a bit. So while reading the book, I may have looked like somebody caught in a hurricane, Hair standing and pointing in all four directions, clothes strewn and screaming for rescue, the book is a gem in an individual capacity.

I would recommend this book for the sheer weave of words by the authoress/poetess. Out of her collection, Loneliness, Tyrant, woman, Red are some of the poems that were a lightning bolt for me. It zapped me and left me trembling because of its intensity. This intensity is two-fold. One for the theme and second for the words and how they were so powerfully put together. There was a couple of line like
<i> "We must repent for the sins of our master"</i> that was simply outstanding when you match it with the context in which it was said. The poem Loneliness scared me for being how true and apt it was. It was like a mirror for me (<i> shudder </i> )

In conclusion, I would say that I have no idea how to conclude on how exactly the book was. On one end, I tried making sense of the pattern of the book, so that it could ease me in. So everything was coming at me like an express train and with powerful blows. Some of the poems, especially the tyrant, could not have been apter for our current times.

So many beautiful lines and words, that no doubt the authoress/poetess is a connoisseur with her words but at the same time, it definitely made me feel that something was lacking. Like eating french fries without sauce. Though you might love and enjoy french fries individually, with the sauce it would have been something else. So that is kind of how I am feeling about the book..... confused? well me too

But don't miss the book at all... Some of the poems are worth engraving and there was a story towards the end that I had wished would have been a full-fledged novel.
Read more
Report abuse

Lisa Zales
5.0 out of 5 stars Delightful poetry and short stories by a talented writer
Reviewed in the United States on 29 May 2020
Verified Purchase
As with all of Simi Rao's written work, I enjoyed this book of poems and short stories immensely. The richness of the fabric of her words takes you on an emotional journey with each piece. Ms. Rao transports her readers to a depth of feeling and experience in her written artistry, a connection that seems even more essential now during these times of social distancing. Enjoy this treasure of a beautifully expressed window into the heart and soul of a gifted writer!
Read more
Report abuse
See all reviews
Back to top
Get to Know Us
Make Money with Us
Let Us Help You
And don't forget:
© 1996-2021, Amazon.com, Inc. or its affiliates