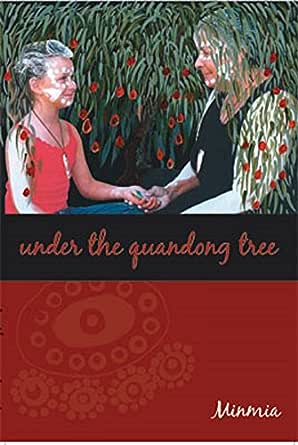 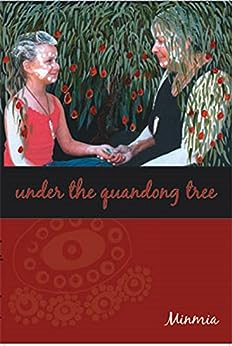 My name is Minmia, which is ‘the messenger of birds’. If I want to contact anybody or say hello you’ll find yourself being stalked by magpies. Don’t be afraid because that’s my totem.

I am a Wirradjirri woman.Wirradjirri country runs from Dunedoo in New South Wales right down into Victoria, and from the Blue
Mountains to Lake Cargelligo bordering onto Parkingee country. It’s country for the biggest tribe in New South Wales. This is the riverland of the Murrumbidgee, Killara (Lachlan) and Macquarie rivers.

I want to take you on a walk with me, a walk I hope will change the way you see the world and your place in it. My wish is that, in the difficult times in which we live, reading this book will give you a greater understanding of yourself and tolerance of others.

I’m Murdoo’s great-grand-daughter and I was born down a line of women to carry Wirradjirri women’s lore/law. My great-greatgrandmother comes from the Gurindji line and my great-greatgrandfather from Pitjantjatjara so I have connections there.

I’ve been one of the very fortunate people who have been able to learn some of the lore/law. Some years ago now, one of my old aunties, my great-aunty, was caught doing a ceremony and taken to a mental institution and locked up there for thirty-eight years, where she died. So, the fear of not offending the Christian God has had dreadful consequences for my people. For a long time our teachings went underground and some were lost entirely, breaking the teaching lines. I wasn’t allowed to teach any of this until 1990. For many Indigenous communities this was the time the old people called back the lore/law because so many bad things were happening. This was done through ceremony; one of these ceremonies was the breaking of the sacred stones Biami left behind for the purpose of restoring what is right.

I was born to a Koori mother and a white father. This antagonised some of my old aunties when they were told I would carry the
Wirrloo line. But the tradition is the line is carried through the under the quandong tree women; even my cousin Ivan inherited his lore/law line through the same great-grandmother.

Our teachings became almost extinct under a tsunami of Christianity. Many of the remaining stories, songs and teachings were
passed on through the paddocks when Kooris were doing all the seasonal fruit picking etc. In many cases this was where the Aboriginal Protection Board and Christian ‘thought police’ never bothered to go. Too hot or too wet and too many flies and kids with snotty noses, I guess. However, it served its purpose in keeping and passing on what little lore/law remained. This is why some of the words I use are not Wirradjirri, but I have tried to maintain the integrity of what I heard many years ago.
I was taught in secret, from the time I was about six years old by my great-grandmother. I was thirteen, just a wanai, when she died. And I was nineteen when Subbina died. Subbina was a wirrloo (powerful healer/teacher) and she was older than the Lachlan River. She had been here many times and Subbina is still around me. Since Subbina I have had many teachers — not only from many places in my country, but also from around the world. I am also guided and rescued by the Tall Ones; these are great beings that have never been born.