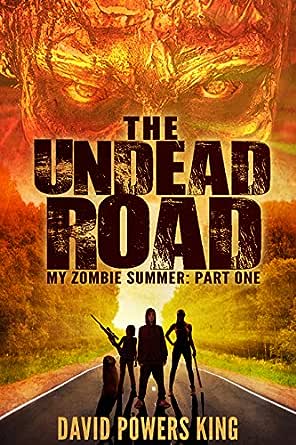 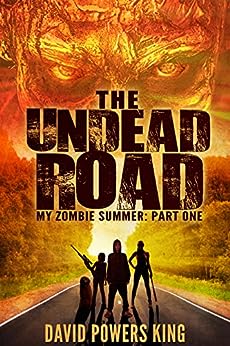 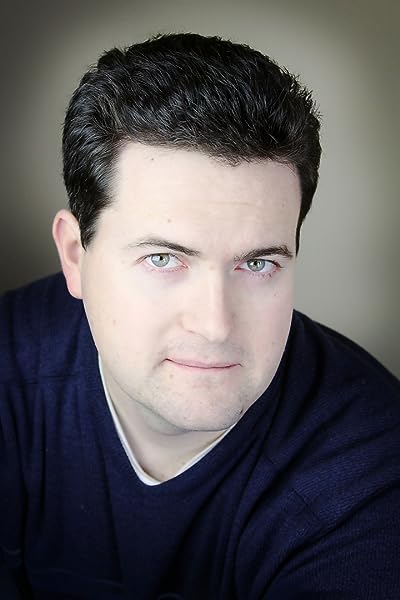 Elana Johnson
5.0 out of 5 stars Couldn't put it down!
Reviewed in the United States on 3 January 2016
Verified Purchase
I love a good zombie story and this one is FANTASTIC! Jeremy is a fun and likeable character living in an un-fun and unlikeable world. His devotion to his family is admirable, and his quick thinking saves the day quite often. Just as often, he finds himself in difficult predicaments -- you would too if you lived in a world completely infected with Vectors (zombies).

When Jeremy meets Kaylynn, he knows she's different. But it's about more than her intoxicating eyes. She's been infected, but she can control it. She's not one of the thousands of Undead walking around looking for their next snack. And both Jeremy and Kaylynn want to know why.

When Jeremy and his little sister, Jewel, get separated from their parents, they're hoping to stay safe in David City. No such luck. A Vector horde converges, forcing the kids to take the family Explorer and follow the map left by Jeremy's dad. Jeremy's parents went to get the cure that had been radioed in, and Jeremy wants it for Kaylynn. At the very least they'll get some answers.

There are tons of problems between David City and Kansas City, however, and none of them are the kind you write home about. The pacing of the novel is swift, causing readers to flip pages as fast as they can devour them. I couldn't wait to see what Kaylynn could do, and why. I wanted Jeremy and Jewel to be reunited with their parents. And most of all, I can't wait to read the next installment in the Zombie Summer series! This is a great first book of a great new series.
Read more
One person found this helpful
Report abuse

H. Bala
4.0 out of 5 stars a new twist on the zompoc - and, afterwards, you may be craving beef jerky
Reviewed in the United States on 27 July 2016
Verified Purchase
First the carrot, then the stick. Voracious enthusiasts of zombie lit that we are, you and I crave original material. David Powers King, mighty smug after having co-penned the YA fantasy read, Woven, has risen to the challenge. The Undead Road (My Zombie Summer: Part One) is a cumbersome title, but it treats us to a fresh zombie origin. I can say with concrete certainty that I'd never before read of an inception of zombie infestation as having these same roots.

The tale's presented in first person narration, courtesy of Jeremy Barnes, a 15-year-old who's got a head on his shoulders, that is, when it's not getting scrambled by notions of the fairer sex. It's been about a week since the zompoc dropped - here referred to as the Vector Pandemic - and the Barnes fam has decided to amscray for the Colorado Rockies where awaits Jeremy's grandfather's secluded cabin. There, the Barnes plan to wait out what they hope is a temporary global crisis. The Barnes are my favorite bits of the story. I love how tight-knit and supportive they are, and how resourceful and, yes, badass. Jeremy's dad is a gun dealer, his mom is a registered nurse, both vocations maximizing anyone's chances of surviving an extinction-level catastrophe. Even Jeremy's 12-year-old sister, Jewel, is a deadeye pistolera when she's not jamming to her iPod. Jeremy, he fancies his .45 Beretta. He also fancies beef jerky. But who doesn't?

As someone quotable once quoted, "Man plans, God laughs." Enroute to the Rockies, while driving thru Nebraska, Jeremy sights an RV by the roadside with an abandoned golden retriever trapped inside, and there's nothing for it but to see to the dog. And that's how Jeremy meets Kaylynn, a strange 16-year-old girl whose bloody baseball bat, in her hands, makes an epic zombie skull-crusher, good for bashing in zombies of varying dispositions ranging from crawlers to shamblers to oh-crap-it's-runners!

The Barnes, now accompanied by Kaylynn and her dog, Chloe, arrive at David City where they think they've found safe haven, never mind that Jeremy vibes something off about the community. Jeremy's anxiety is boosted even more when a radio receives a broadcast from Kansas City regarding a potential cure, and off his parents go with a team to look into the thing. And, naturally, while the 'rents are gone, Jeremy, Jewel, and Kaylynn have a boring stay of it, right? Wrong, so wrong.

So there you have it. The story really takes off once the parental units get gone and the kids are left to fend for themselves. It's when the shady characters come out of the woodwork. Gratifyingly, these kids are the sort who don't collapse in quivering heaps when the sh-- goes down. I can't say that King is able to get into a kid's head, because I'm so far removed from childhood now, I can't even tell how kids behave or think nowadays. But King writes the kids as likable - and Jewel as really likable - and Mr. And Mrs. Barnes as the type of awesome parents you'd want by your side, no matter what. For those with no stomach for graphic zombie kills, those are pretty toned down here. Having said that, it's still a zompoc read, so there are gruesome moments. They just won't curdle your stomach. The plot moves along at a nice clip. The third act's action sequences and shocking reveals are smartly orchestrated, and maybe you noticed the author's tricky device of making each successive chapter shorter and shorter, this serving to amp up the tension. Obviously, King plans on writing a sequel, so I don't mind that we don't get the what's what on the mystery behind Kaylynn.

So that was the carrot, now the stick. I guess I'm too old and can't relate anymore with a 15-year-old kid. As much as I liked Jeremy's perspective, I was put off with several over-the-top moments that find him distracted by the pretty Kaylynn. Reading stuff like "Kaylynn glared at him. I liked it when she glared at someone else." just made me impatient. Not to mention, the writing, besides in that area, would occasionally hit an off-note with me ("These monsters would never give up, and neither would we."). But, listen, these are my minor snits. This is a good zombie read with a different sort of zombie and a different zombie origin, and there's a clever dog. I read one post where one reviewer said he wouldn't be surprised if there's a superhero-ish flavor introduced into the sequel. That's awesome sauce.
Read more
Report abuse

Becca
4.0 out of 5 stars Masterful weaving of characters and interesting situations
Reviewed in the United States on 19 March 2016
Verified Purchase
I don't read zombie books, but for some reason I really enjoyed this one. I think it was the character's voice. It's pure teen boy and hilarious to see the world through his eyes. The plot is such that I shouldn't have been as entertained as I was. A roadtrip across America while escaping zombies seems like it would be cliche, but the author masterfully weaved interesting characters and situations in there together and then stamped it with an awesome ending. I would definitely read a book two if it existed. Here's hoping.
Read more
One person found this helpful
Report abuse

Peggy Eddleman
5.0 out of 5 stars Excellent!
Reviewed in the United States on 24 January 2016
Verified Purchase
This book had it all! Plenty of action (just when you thought things might be okay for a moment, the conflict was ratcheted up), tons of humor (kept me laughing from the very first page), some surprisingly sweet romance (yet not mushy at all-- very world appropriate), some wonderful family moments (loved that they were dealing with this zombie-apocalypic world as a family, and looked out for each other so much), and fantastic character development with characters that I was rooting for every second of the way. Would recommend to anyone who loves a good action adventure story, and especially to all those who are a fan of zombies. Very well done.
Read more
One person found this helpful
Report abuse

David is the co-author of a nationally-published book called "Woven", which I recently reviewed. If you've read "Woven", you'll see that while his works are generally geared toward older YA audiences, the writing is smooth and easy to read. I found myself reading a page and a half or two pages per minute. Granted, I read pretty fast anyway, but I digress.

"The Undead Road" had a neat take on zombies that I hadn't ever seen people in any type of medium that features zombies. DISCLAIMER: My zombie experience is limited to having read World War Z and watching The Walking Dead and Night of the Living Dead. Still, the elements introduced in "The Undead Road" are new to me.

First off, the word "zombie" is only used a handful of times. Rather, they're called "Vectors", and there are three categories of them: Runners (Stage 1), Stalkers (Stage 2), and Crawlers (Stage 3). Also, in most zombie stories we are pulled into an alternate world that has never seen or heard of zombies (i.e. The Walking Dead). That's not the case with "The Undead Road". Instead, the main character, Jeremy Barnes, is trapped in a world where the nightmare comes to life around him.

This book also had a ton of foreshadowing that leads to a really momentous twist.

Needless to say, I thoroughly enjoyed "The Undead Road" and will definitely be reading the next installment.
Read more
Report abuse
See all reviews
Back to top
Get to Know Us
Make Money with Us
Let Us Help You
And don't forget:
© 1996-2021, Amazon.com, Inc. or its affiliates