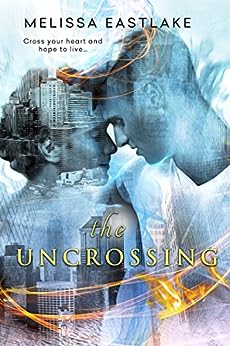 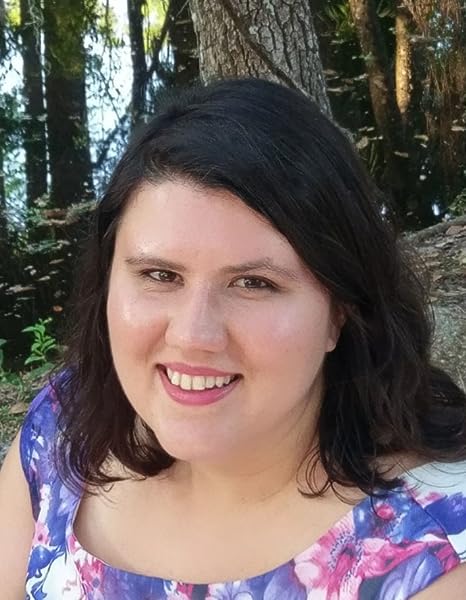 by Melissa Eastlake (Author) Format: Kindle Edition
See all formats and editions
Sorry, there was a problem loading this page. Try again.

Luke can uncross almost any curse—they unravel themselves for him like no one else. So working for the Kovrovs, one of the families controlling all the magic in New York, is exciting and dangerous, especially when he encounters the first curse he can't break. And it involves Jeremy, the beloved, sheltered prince of the Kovrov family—the one boy he absolutely shouldn't be falling for.

Jeremy's been in love with cocky, talented Luke since they were kids. But from their first kiss, something's missing. Jeremy's family keeps generations of deadly secrets, forcing him to choose between love and loyalty. As Luke fights to break the curse, a magical, citywide war starts crackling, and it's tied to Jeremy.

This might be the one curse Luke can't uncross. If true love's kiss fails, what's left for him and Jeremy?

Melissa Eastlake’s debut novel, The Uncrossing, is coming in 2017 from Entangled Teen. She's a 2017 Lambda Literary Fellow and studied creative writing at Hollins University. She lives in Athens, Georgia with her partner and their dogs.

Laura
5.0 out of 5 stars Amazing, LGBT-positive YA book
Reviewed in Australia on 7 December 2017
The Uncrossing was genuinely one of the cutest novels I have read in a long time. Melissa Eastlake’s debut hit every single one of my favourite themes and tropes that I adore as a reader. Diversity? Check. Fairytales? Check. Consent? Check. Positive family relations? Check. The Uncrossing was a literal dream come true for me, and I basically had a huge smile on my face from beginning to end.

The Uncrossing is an urban fantasy and that is obvious from the very first page. Although I read almost exclusively from this genre from 2008-2011, I haven’t read much during the last few years, aside from Cassandra Clare’s books. To say I was intrigued by Eastlake’s world building, and the chance to immerse myself in this genre from a different perspective again, would be an understatement. And Eastlake delivered. Eastlake has interwoven a fascinating, complex magical system into a contemporary New York setting, and with each description and explanation of mojo and hoodoo, I wanted to know more and more. We have curses, magical mafia, powerful witch families, true love’s kiss … what more could you possibly want?

The inclusion of magic also felt realistic and the little bursts of exposition explaining the history or how to use it, were expertly placed in the text. Oftentimes with any fantasy story, I find the text is bogged down with info-dumping to ensure the reader understands what’s happening, but Eastlake reveals background information only when necessary. That meant I wasn’t constantly rereading paragraphs to make sure I didn’t miss any vital information, because oftentimes, Eastlake allows the reader to get there themselves, too.

The fairytale elements were by far my favourite parts of The Uncrossing. Eastlake has taken an old and tired fairytale trope and given it a fun and imaginative twist. Mix that in with a modern setting, organised crime, and forbidden love, and Eastlake has created something truly captivating.

So the characters … oh boy, oh boy the characters. I adored them so much and shipped them from their very first interaction. Jeremy is the sweetest – he’s painfully shy, friendly, loveable and tender. He has had a massive crush on Luke since he was six years old. I just wanted to give him a big hug each time he second-guessed himself or didn’t think he was good enough. He’s a little cinnamon role that needs to be protected – but jokes aside, many readers will be able to relate to him. He is so precious and I consider him to be my favourite male character I have read so far this year.

Luke was so genuinely likeable: he cared deeply for his family, and went out of his way to help people, even to his own detriment. He was also hilarious, and I loved how cared for Jeremy, not only physically, but mentally too. With Jeremy’s curse putting a strain on his life, Luke is there to help him in any way possible, from trying to uncross him to texting him silly jokes to remind Jeremy to laugh and that he’s not alone.

I was also highly impressed by the fact that the teenage characters act like teens: they use apps like Instagram and Snapchat, they sleep around, they talk about weird and random things that teens talk about – basically, they’re flawed, modern teenagers and it makes me so happy to see that in a fantasy. I’ve talked about this before, but it’s quite rare to find a book where teenagers behave like teenagers; there’s all this pressure on authors to make their characters “mature”, and I’m glad that in The Uncrossing, they were able to just be teens so teen readers will be able to see a reflection of themselves in Luke, Jeremy and all of the secondary characters too.

I will make a brief mention about something that I absolutely loved and really respect Eastlake for: how bi-postive the novel was. This might not mean a lot to some readers, but as someone who is bi, I really appreciated seeing my sexuality spoken about in such positive ways.

I was shocked when I discovered this is a debut novel, because Eastlake’s writing was absolute perfection. It sounds a little rude to say, but I think it obvious when you’re reading a debut novel: the writing can be a little clunky, the pacing is off – small things like that. That was not the case here. Eastlake’s writing flowed naturally and I was so impressed by her writing style. Some of the sentences and metaphors made my little editor heart swoon.

The Uncrossing is an impressive, outstanding debut and I am *this close* to emailing the author and asking her to write a sequel, because I want more from this world and these beautiful characters. I am definitely going to be reading anything else Eastlake published. Please do yourselves a favour and get your hands on a copy of The Uncrossing today.

Megan Anderson
5.0 out of 5 stars Modern day fairy tale with a modern day twist
Reviewed in the United States on 21 October 2017
Verified Purchase
I loved every page of The Uncrossing. This story is rich with culture, intrigue, magic, and that particular brand of awkward yet satisfying sexual tension you can only get with teenage love stories. I was immediately hooked within the first few chapters thanks to the characters - they felt real and nuanced right away, with clever little "isms" and personality quirks that are apparent early on. They guided me into their world and into their stories, got me invested in their fates and eager to know where they would take me.

It's clear from the beginning that the universe where this story takes place is a complex one, with many interwoven strands - the different brands of magic, the mafia-like families that control it, the curses and obligations and histories that tie all the characters together. The author does an excellent job of slowly unraveling it all, giving the reader just enough of a hint about what's going on to satisfy the need for information but also keep the mystery alive for much of the novel. There is a reveal about 1/5th of the way through that had me jumping and shouting about how cool this book is; I was so delighted to have what felt like a major question answered but also very aware that I was only 70 pages in and that there would be much more to come.

This is a fairy tale set in the modern-day, giving a refreshing and timely twist to some of those traditional fairy tale elements (what does "true love's first kiss" really mean?) and allowing for an examination of topics that are very relevant in society today - LGBTQ relationships, gender identity, and racial and ethnic diversity. I was pleased with how organically these elements were woven into the story; it's not at all heavy-handed, but the conversation is there, giving some respectful representation to this genre and medium.

The ending was masterfully constructed. The last line in particular had me grinning with an intense feeling of satisfaction. I also immediately wanted to go back and re-read the story. Having devoured the book in one weekend, I was sure I missed little details here and there, foreshadowing pieces of information that will be exciting to pick up on now that I know how it all works out. I'm still looking forward to my re-read, and can't wait for Melissa Eastlake's next book!
Read more
2 people found this helpful
Report abuse

Becky KT
5.0 out of 5 stars Magic mafia romance perfection!
Reviewed in the United States on 24 October 2017
Verified Purchase
This was one of those books that I couldn't put down and yet tried to space out the ending so I wouldn't have to stop reading its deliciousness. Every character is distinct and fascinating and complex, and I could feel every drop of the angsty romance in a visceral way. Loved it.
Read more
One person found this helpful
Report abuse

MrsBates
5.0 out of 5 stars Aww, young gay love at its sweetest - and most magical
Reviewed in the United States on 8 January 2018
Verified Purchase
I loved stepping into this world and the interplay of race and class amid magic and young gay love. Made me rethink my prejudices against romance books. Thank you for this book! We need more like them
Read more
2 people found this helpful
Report abuse
See all reviews
Report an issue
Does this item contain inappropriate content?
Report
Do you believe that this item violates a copyright?
Report
Does this item contain quality or formatting issues?
Report