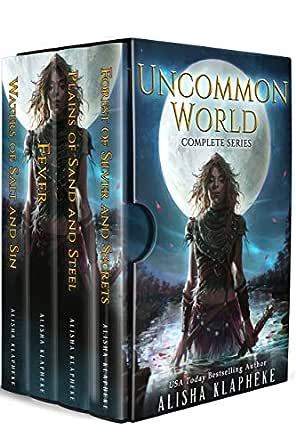 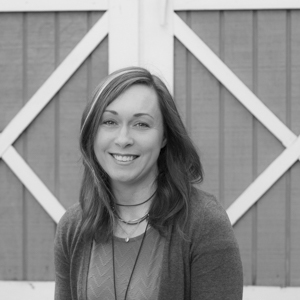 Will Kinneret's wild magic and wilder attitude save the ones she loves or throw them into even more danger?

In an empire of cutthroat deals and forbidden magic, low-caste sailor Kinneret Raza is determined to find a legendary island of silver and pull her younger sister, Avi, out of poverty.

Ancient map in hand, Kinneret, her small crew, and a high-caste heir—who she isn’t allowed to love—sail into the cursed waters. Using her salt magic to influence the currents and avoid the soul-sucking power of salt wraiths, Kinneret thinks they might just accomplish the impossible.

Until a mad captain kidnaps Avi.

The Uncommon World series draws you into an epic fantasy that follows Kinneret and her cohorts throughout the empire and beyond.

"Packed with humor, action, and the epitome of strong female characters. I was left reeling and can't wait for more from this author!"

"I came to adore the characters, as they were developed carefully with intent. The culture was a character in and of itself, widely varied."

"A must buy for epic fantasy readers!"

Scroll up now and begin the adventure today.

Kindle Customer Margaret
5.0 out of 5 stars Uncommon World.The complete epic quartet
22 August 2019
Format: Kindle EditionVerified Purchase
I found the books all good to read. And loved the story funny and lovable and I enjoyed it a lot
Read more
Helpful
Comment Report abuse

Gordon
3.0 out of 5 stars Not worth the time to read.
29 September 2018
Format: Kindle EditionVerified Purchase
Not your average read. For me there was way too much angst. Stories bogged in minor details and unnecessary dialogue.
Read more
Helpful
Comment Report abuse

Charles Hirst
5.0 out of 5 stars multiple overlapping quests
27 December 2018
Format: Kindle EditionVerified Purchase
Kept me ondering what will happen next - and how ill they get out of that!
Read more
Helpful
Comment Report abuse

Khiadra
5.0 out of 5 stars Utterly charming
21 September 2018
Format: Kindle Edition
A thoroughly unusual series that leads the reader down unexpected paths. It deserves better editing - and I hope that the author makes enough money to afford to give it that attention some day, because this series is a genuine gem.
Read more
Helpful
Comment Report abuse
See all 6 customer reviews
Write a customer review

Go to Amazon.com to see all 60 reviews 4.4 out of 5 stars
Get FREE delivery with Amazon Prime
Prime members enjoy FREE Delivery and exclusive access to movies, TV shows, music, Kindle e-books, Twitch Prime, and more.
> Get Started
Back to top
Get to Know Us
Make Money with Us
Let Us Help You
And don't forget:
© 1996-2020, Amazon.com, Inc. or its affiliates