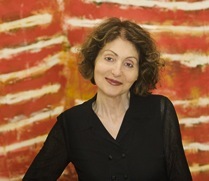 by Lily Brett (Author)
4.7 out of 5 stars 4 ratings
See all formats and editions
Sorry, there was a problem loading this page. Try again.

Originally from Australia, Lily Brett is the critically acclaimed, internationally bestselling author of four previous novels, three collections of essays, and seven collections of poetry. She is married to the Australian painter David Rankin. They have three children and live in New York City.

When Lily Brett was 18, she was hired as a writer for a rock music magazine in Australia, where she grew up. They hadn’t asked her about her skill level or interest in writing at the interview. By contrast, they asked her if she had a car. She did, and she started the next day. Lily interviewed scores of musicians, including musicians who became legends, such as Janis Joplin, Jimi Hendrix, and Mick Jagger.

Today, Lily Brett lives and writes in New York City. She is a prolific novelist, essayist, and poet. She has written seven novels, four collections of essays, and eight volumes of poetry. Her work frequently explores the lives of Holocaust survivors and their children, the experiences of modern women, women’s relationship with food, and life in New York City. Her 2001 novel, Too Many Men, was an international bestseller. Her 2014 novel, Lola Bensky, won France's Prix Médicis Etranger.

Lily Brett has lived in New York City with her husband and three children since 1989.

Merry Widow
5.0 out of 5 stars I love this book
Reviewed in the United Kingdom on 20 March 2014
Verified Purchase
I have bought this book 3 times ...keep giving it to friends. It will make you laugh out loud. A lovely heart warming story.
Read more
Report abuse

JS
5.0 out of 5 stars A pretty good read
Reviewed in Germany on 23 October 2013
Verified Purchase
I really enjoyed reading the book. It was fun to read, intelligent and quite humorous. I had to laugh at several times, loved the characters and it made me feel good!
Read more
One person found this helpful
Report abuse

sumars
5.0 out of 5 stars You Gotta Have Balls
Reviewed in the United States on 18 February 2010
Verified Purchase
This is an excellent read, but you need to know that the original title of this book is "You Gotta Have Balls", so don't do what I did. I had already read the original book and wasn't aware that it had been released with a new title!
Read more
One person found this helpful
Report abuse

Veronica Kingston
4.0 out of 5 stars great sequel
Reviewed in the United States on 3 January 2013
Verified Purchase
This book is a great sequel to Too Many Men. Good characters. Funny. Disfuncional gone mad. Oh to be jewish.
Read more
Report abuse
See all reviews
Back to top
Get to Know Us
Make Money with Us
Let Us Help You
And don't forget:
© 1996-2021, Amazon.com, Inc. or its affiliates