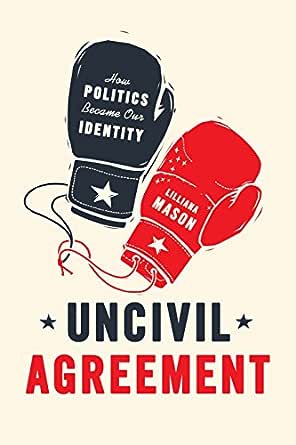 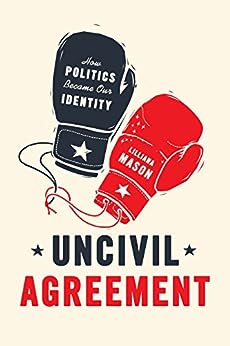 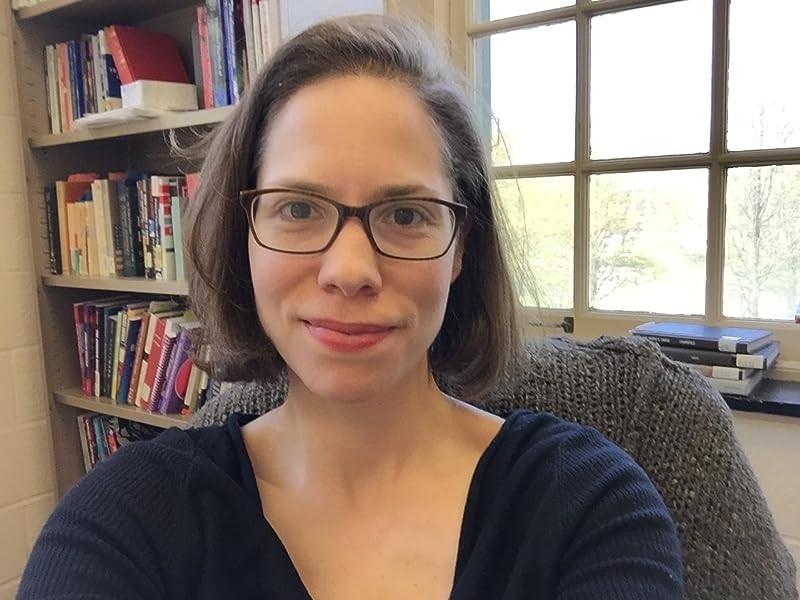 David P. Redlawsk, University of Delaware
“Uncivil Agreement opens a window to a better understanding of the 'why' behind the polarization of contemporary American politics. This is a groundbreaking book, combining an interesting and important theoretical approach with strong empirical data, and it will have real impact.­

Political polarization in America is at an all-time high, and the conflict has moved beyond disagreements about matters of policy. For the first time in more than twenty years, research has shown that members of both parties hold strongly unfavorable views of their opponents. This is polarization rooted in social identity, and it is growing. The campaign and election of Donald Trump laid bare this fact of the American electorate, its successful rhetoric of “us versus them” tapping into a powerful current of anger and resentment.

With Uncivil Agreement, Lilliana Mason looks at the growing social gulf across racial, religious, and cultural lines, which have recently come to divide neatly between the two major political parties. She argues that group identifications have changed the way we think and feel about ourselves and our opponents. Even when Democrats and Republicans can agree on policy outcomes, they tend to view one other with distrust and to work for party victory over all else. Although the polarizing effects of social divisions have simplified our electoral choices and increased political engagement, they have not been a force that is, on balance, helpful for American democracy. Bringing together theory from political science and social psychology, Uncivil Agreement clearly describes this increasingly “social” type of polarization in American politics and will add much to our understanding of contemporary politics.

M. JEFFREY MCMAHON
4.0 out of 5 stars Causes of Partisan Politics Needs to Say Full Story
17 September 2018 - Published on Amazon.com
Verified Purchase
Lillian Mason has done a rigorous job of taking us into the weeds of partisan politics in America, which is dividing our country, making us toxic toward one another, and making us fight for our tribe rather than fight for our common goal of American health and strength. Her scholarship, statistical data, and data interpretation are topnotch. She shows the widening gap between Republicans and Democrats. Today, Republicans are more white, more wealthy, and more religious than Democrats. Both parties are guilty of partisan politics, excesses, and indulgences that speak more to their tribalism than fair-mindedness.

However, Mason tries too hard to be non-partisan in her account because by showing the sins of both the Republicans and Democrats, she implies a moral equivalency that cannot stand. Specifically, as I write we have a president who lies everyday on Twitter and elsewhere, takes babies away from their mothers, pens them in internment camps, and at Helsinki dismissed US Intelligence and sided with Russia. In spite of this president's egregious behavior, he enjoys 90% approval from Republicans and 80% approval from white Evangelicals. Such moral bankruptcy is even called out by conservative operatives like David Frum, Steve Schmidt, and Rick Wilson. Therefore, the sins of Democrats, whether they be economic spending excesses, identity politics, and whatever else, are not a moral equivalence of support for a sociopath president.
Mason should have made this non equivalence clear in her book. Secondly, she should have pointed out that Republicans have been dog whistling racism for decades and this culminated into the president we have now. Thirdly, Mason should have made it clear that not all party opposition is unreasonable. It is very reasonable for people on both parties to oppose a liar and a criminal. My guess is that Mason was trying too hard to be non partisan to make this point clear. Perhaps she wrote this book before the criminality unfolded from the White House. I just want to add the full story. I am writing as no Kool-Aid drinker for liberalism. In fact, I find the criticism of the current White House more cogent and convincing from the aforementioned David Frum, Steve Schmidt, and Rick Wilson.

Jack Lechelt
5.0 out of 5 stars Excellent and important
18 May 2018 - Published on Amazon.com
Verified Purchase
This is one of those very important books. It’s also thankfully readable and short. America’s increasingly sorted partisanship is bad for our country. We are increasingly likely to hang out with people who are like us in politics, race, religion, income, etc., and all of this sorting empowers a team-like mindset, that puts us increasingly at odds with those we disagree with. It would be better if we all committed to being a part of crowds we’re not normally inclined to hang out with, so that we could humanize our “other” fellow Americans, but that is a tough sell. Mason does not offer a lot of recommendations for fixing the problem, which is fair if the fixes are unrealistic. Things might just have to get worse before they can get better. Anyway, social psychology offers a powerful explanation for our partisanship. It’s not about the issues; it’s about the feeling of teams, and us-vs-them.
Read more
9 people found this helpful

Arnold Kling
5.0 out of 5 stars Timely and Convincing
20 May 2018 - Published on Amazon.com
Verified Purchase
Uncivil Agreement addresses the topic of polarization from the perspective of political psychology. The author advances the view that social identity is more important than opinions on issues as a driver of political behavior in general and polarization in particular.

The book is timely because it can help to explain the high levels of political anger that we see around us. The book is convincing in part because it makes intuitive sense (at least to me) but mostly because of the author's clever and careful empirical research. Even a skeptic should find her studies persuasive.

From this alternative perspective, the increase in polarization arises from the fact that people are becoming more certain of where they belong in the social sphere. Our social class structure has become more segregated. Fewer people cross the bridges between status groups defined by location, education level, wealth, race, religiosity, etc.

As the social structure solidifies, political antagonism increases. People who are locked into their identity as Democrats only care about seeing Democrats win and Republicans lose. Republicans, too, have come to care more about winning than about issues. I would note that Democrats loved Barack Obama's victories, even though at the state level the party hollowed out while he was President. By the same token, Republicans love Donald Trump's victory, even though it seems to be devastating the party's future.

Another trend is an increase in what Mason calls "blind" activism. That is, political activism driven by anger and enthusiasm, rather than by reason and practical considerations.

I think that the publisher is wrong to position this as a purely academic book or textbook. It should be of value to the many people who have a general interest in the nature of political behavior. I read the Kindle version of the book, and I found that I had to squint to read the graphs. But it was still very much worth it.

Finally, I cannot resist saying that if you like this book, you may also like my own more amateurish effort, The Three Languages of Politics. Although my book is very different in style from Uncivil Agreement, I think that the two books share some of the same underlying psychological outlook.
Read more
22 people found this helpful
Go to Amazon.com to see all 25 reviews 4.1 out of 5 stars
Get FREE delivery with Amazon Prime
Prime members enjoy FREE Delivery and exclusive access to movies, TV shows, music, Kindle e-books, Twitch Prime, and more.
> Get Started
Back to top
Get to Know Us
Make Money with Us
Let Us Help You
And don't forget:
© 1996-2020, Amazon.com, Inc. or its affiliates