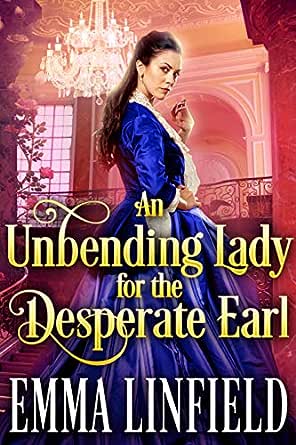 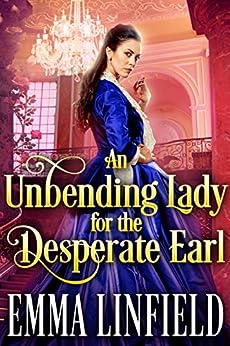 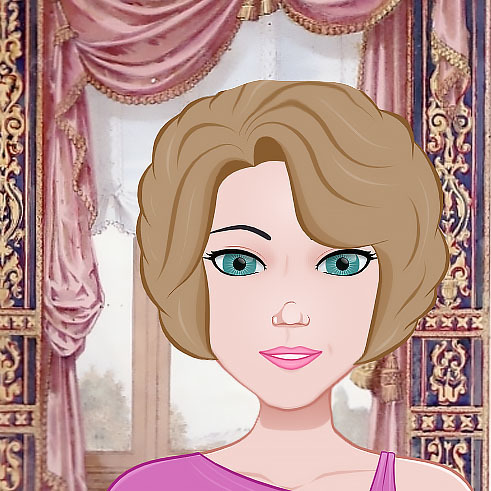 Their love was a storm. Not the kind you run from, but the one you chase...

In a world ruled by men, ingenious detective Victoria McCarthy has to fight tooth and nail in order to be accepted. Titled “the Vixen” by her colleagues, she strives to walk in her late father’s footsteps.

And London has just declared a state of emergency.

With his fiancée the latest victim of a series of kidnappings, Christian Turner, Earl of Galbury, is willing to do anything to get her back. He never expected that joining forces with one Victoria McCarthy would leave him so conflicted: for the closer they get to their target, the nearer he gets to having to say goodbye.

With their trails going cold, and the clock ticking against them, Victoria comes up with a dangerous plan: she is to pose as a Lady and invite the kidnappers to come and get her, even if it means never seeing Christian again.

For there's one thing she knows for certain: she's about to walk into the lion's den and there is no escape plan...

*If you like powerful Dukes, loving Duchesses and a marvelous depiction of the majestic Regency and Victorian era, then An Unbending Lady for the Desperate Earl is the novel for you.

Emma Linfield's 21st book is a historical Regency romance novel of 80,000 words (around 400 pages). No cheating, no cliffhangers, and a sweet happily ever after.

Pick up "An Unbending Lady for the Desperate Earl" today to discover Emma's amazing new story!

madtrekkie
TOP 500 REVIEWER
5.0 out of 5 stars Victoria and Christian
1 December 2019
Format: Kindle EditionVerified Purchase
In a world ruled by men, ingenious detective Victoria McCarthy has to fight tooth and nail in order to be accepted. Titled “the Vixen” by her colleagues, she strives to walk in her late father’s footsteps. Her father was a PI and taught her everything he knew and now she works with her father's best friend, retired Admiral Benedict. When young ladies of the ton begin to be kidnapped, she steps in and leads the investigations, as she can go where men cannot. Victoria meets Christian the Earl of Galbury at the home of the latest victim and when he asks to be involved in helping to investigate his fianće's abduction she wants nothing to do with any help from him. After another kidnapping Victoria and Miss Longacre set themselves up as bait at Christian's townhouse. Victoria shoves Miss Longacre into a closet and allows herself to be taken while Christian and Admiral Benedict Thomson, a fellow inspector, follow her trail. This is an suspenseful mystery/romance, filled with twists, intrigue, action and an twist i didn't see coming! If you love the challenge of figuring out a mystery and enjoy a romance, then this excellent, well-written novel is for you. I thoroughly enjoy stories that have realistic intelligent women challenging stereotypes and overcome them. I find these stories inspiring and believeable! There is a HEA and an extended epilogue. Outstanding story from Emma Linfield, an author i always enjoy reading and she never disappoints with the stories she produces. I look forward to the next story!!
Read more
Helpful
Comment Report abuse

Tanya
5.0 out of 5 stars A great read
25 November 2019
Format: Kindle Edition
Wow. I could not put it down! Fantastic characters and really interesting. Kept me reading late into the night wanting to see what happened. Highly recommend this book as it full of twists and turns, romance and really well written.
Read more
Helpful
Comment Report abuse
See all 2 customer reviews
Write a customer review

Shar
5.0 out of 5 stars Truly enjoyable!!
27 November 2019 - Published on Amazon.com
Format: Kindle EditionVerified Purchase
Victoria McCarthy is a PI. The only female PI in all of regency England as that is a man's world. Her father was a PI and taught her everything he knew and now she works with her father's best friend, retired Admiral Benedict. Ladies of the ton are being kidnapped from their beds or their carriages on the way home from events. But why? There is never a ransom note. What is happening to these women? Victoria does have the advantage of being able to go where men can't. Christian's betrothed has been kidnapped. He wants to work with Victoria to find her. There is intrigue, suspense, surprises, turmoil, danger, adventure, drama, and romance. Twists and turns that will make you want to keep reading until you've finished the book. This is truly a story you don't want to miss. Told only as Emma can tell it. Very well written.
I voluntarily received a copy of this book from the author and I'm voluntarily posting a review. My opinion is entirely my own.

Alfawolf1
5.0 out of 5 stars Twists and turns, surprises, romance and adventure!
27 November 2019 - Published on Amazon.com
Format: Kindle EditionVerified Purchase
Victoria McCarthy is a female investigator in a world full of men. She is called the "Vixen" because she is wily, tenacious and brilliant! When young ladies of the ton begin to be kidnapped, she steps in and leads the investigations, as she can go where men cannot. When the fiancee of Christian Turner (Earl Galbury) is kidnapped, he meets Victoria as she searches for answers. They decide to team up to find the villain behind the kidnappings.

There are twists and turns, surprises, romance and adventure! The characters are engaging and the plot is intriguing. This is another wonderful 5-star story by Emma Linfield!

Kindle Customer
5.0 out of 5 stars An Honorable Investigator
29 November 2019 - Published on Amazon.com
Format: Kindle EditionVerified Purchase
Victoria has followed in her father's footsteps 👣and become an investigator alongside his old friend Benjamin. When young ladies from wealthy families are being abducted from their coaches and even their beds in the night, she decides to investigate and help find them.
Victoria meets Christian the Earl of Galbury at the home of the latest victim and when he asks to be involved in helping to investigate his fianće's abduction she wants nothing to do with any help from him as she believes that the only reason he asked was because he doesn't believe that she is a capable investigator. When she and Benjamin run out of ideas, they end up at Christian's home to ask him for for his aid and the start of a friendship develops between them during the investigation of the missing young ladies and the attempts they take to prevent more abductions.

D M
5.0 out of 5 stars Christian Turner, Earl of Galbury is desperate to find his betrothed who is the sixth victim of kidnappers. The elite of London are in fear ,but not enough to allow the Bow Street detectives to enter their homes, that's where Miss Victoria McCarthy comes in.
30 November 2019 - Published on Amazon.com
Format: Kindle EditionVerified Purchase
The society of the day has little regard for females other than an interest as the producers of needed heirs. However Victoria is not interested in the usual role of ladies, she's a detective in her own right and more clever than most of her male counterparts. She is willing to help, not only the Earl but also the families of all the victims, recover their loved ones., no matter the cost. This is a riveting story with just the right amount of intrigue and a twist thrown in for good measure. People's opinions will be tested and changed. I thoroughly enjoyed the wonderful tale, I'm sure you will too.
Read more

wavilocks
5.0 out of 5 stars A Woman Detective!
27 November 2019 - Published on Amazon.com
Format: Kindle EditionVerified Purchase
Another wonderful read from Emma! Victoria carries on her father's legacy as a detective, which is unheard of in her time. Too many women have gone missing, including Christian's fiance'. Can he put aside his disdain of a woman detective and help her find his fiance' or will her brash, vixen image keep them apart? You must read to the end!
Read more
One person found this helpful
Go to Amazon.com to see all 95 reviews 4.8 out of 5 stars
Get FREE delivery with Amazon Prime
Prime members enjoy FREE Delivery and exclusive access to movies, TV shows, music, Kindle e-books, Twitch Prime, and more.
> Get Started
Back to top
Get to Know Us
Make Money with Us
Let Us Help You
And don't forget:
© 1996-2020, Amazon.com, Inc. or its affiliates