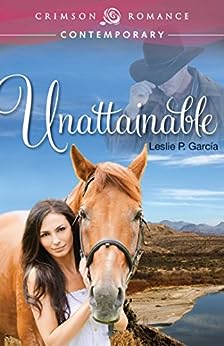 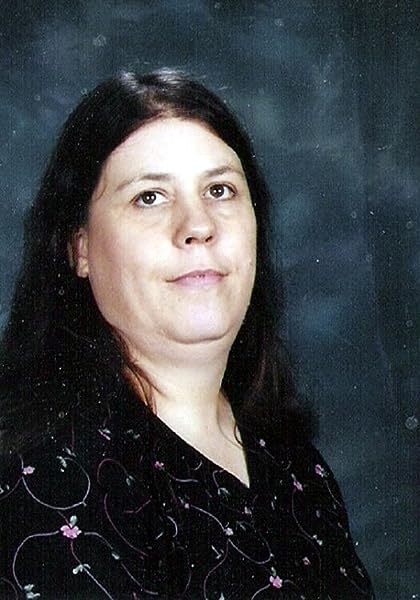 Kudos Leslie P. Garcia on writing an excellent and emotional debut. I would recommend this book to everyone who loves a strong heroine that will keep you cheering for her throughout the entire book. --Harlequin Junkie" --This text refers to an out of print or unavailable edition of this title.

4.2 out of 5 stars
4.2 out of 5
24 global ratings
How are ratings calculated?
To calculate the overall star rating and percentage breakdown by star, we don’t use a simple average. Instead, our system considers things like how recent a review is and if the reviewer bought the item on Amazon. It also analyses reviews to verify trustworthiness.

Stephanie Parker McKean
5.0 out of 5 stars No One's Beyond Love
Reviewed in the United Kingdom on 4 April 2013
Verified Purchase
No one's beyond love...or are they? That's a question that Leslie P. Garcia's `Unattainable' asks and answers. But before it answers that question, it takes the reader on a thrilling, suspenseful ride of twists, turns, and drug-running dangers along the Rio Grande.

Dell Rosales moves back to Laredo, Texas, to take over her father's horse ranch after his death, and becomes saddled with troubled, homeless teen girls who have no families to love and support them. Dell provides everything she can for the girls, including an exemplar example. Her strong character and willingness to help - not judge - is wasted on the most recent arrival. Street prostitute Maribelle is ungrateful for the court proceedings that took her off the streets. She reacts with anger and vows revenge. Meanwhile, Dell's biggest fear is that toddler Becky's drug-addicted birth mother will demand her return.

Threatening to throw Dell totally off balance, Jovani Trevino arrives to manage the horses. Working with the devastatingly attractive and personable Jovi, Dell finds that she is not nearly as "la inalcanzable" and "untouchable" as her reputation. But romance between them appears as unattainable as Dell's nickname. To provide a home for the throw-away teens and maintain the chance of adopting Becky, Dell must keep her reputation spotless.

Delightfully romantic, `Unattainable' showcases south Texas Hispanic culture and grips the reader from beginning to end. What is most unattainable in `Unattainable' is the willpower to put it down before reaching the last page!

Timeless Romantic
5.0 out of 5 stars Loved this book!
Reviewed in the United States on 4 March 2014
Verified Purchase
In Unattainable, Ms. Garcia writes of true, selfless love, not the "fairy tale" type of love. The heroine, Dell Rosales, returns home to take over her deceased father's horse ranch in Laredo, Texas on the border between Texas and Mexico. She is estranged from her wealthy mother and her mother's family who are trying to control her and the ranch. Dell has a heart as big as Texas and opens her ranch to several troubled teenage girls who have been in and out of trouble of all kinds, hoping she can help them to turn their lives around. She also is a foster parent to Becky, a precious toddler taken away from her drug addicted mother. Dell loves Becky and hopes to be able to adopt her.

Since the only thing separating the ranch from Mexico, is the Rio Grande River which drug smugglers and coyotes bringing illegal immigrants across use for their own dark purposes. This brings in the hero, Jovani Trevino. Jovani, or Jovi as he is called, is a former Drug Enforcement Agent. Dell hires him to take care of the horses not knowing he is there undercover to prove whether or not she is involved in drug smuggling.

Dell and Jovi's mutual admiration for each other becomes friendship which turns to deeper feelings. But because Jovi must prove she is not involved with drug smuggling, he holds back the truth about himself and his true feelings. Dell has been crushed in the past by people who claimed to love her so she tries to hold back her growing affection for Jovi. When Dell is attacked and injured, Jovi can no longer hide his purpose for being there or his feelings. In time, he and Dell get their "happily ever after" and Dell is able to adopt Becky.

Ms. Garcia did a fantastic job of bringing out deep emotions of all kinds through the book. Another thing that makes this book stand out above the rest is her use of Spanish words interspersed throughout the book. She does it in a way that adds realism and added interest but is totally understandable to a non-Spanish speaking person. Well done, Ms. Garcia!
Read more
One person found this helpful
Report abuse

Ladyleo
5.0 out of 5 stars Romance and Intrigue along the Rio Grande
Reviewed in the United States on 27 March 2013
Verified Purchase
Beautiful rancher Dell Rosales has no time to worry about men and romance - and even less to worry about the nickname her friends long ago tagged her with - "unattainable." She's too busy trying to save her late father's horse ranch and provide some sort of stable home for a group of troubled teens and one adorable toddler. But even Dell can't help noticing how sexy and handsome Jovi Treviño is, and believes her newly hired foreman falls in the category of too good to be true. Could Jovi be working with her rich and powerful estranged grandfather, helping him wrest control of the ranch from her?
For his part, ex-DEA agent Jovi has reluctantly accepted one more assignment as a favor to his old co-workers. Surely Dell, hard working and deeply involved in helping troubled children, can't be involved with drug running! But something - nearly everything - seems off about Dell's ranch, from the finances to her insistence on riding alone down to the river, where "coyotes," the illegal human-transporting kind, are known to be a real danger.
As danger builds for everyone on the ranch, from severe flooding to shadowy intruders, Dell and Jovi are immersed in distrust and suspicion. Will Jovi be able to clear Dell's name? And will Dell always remain the unattainable one? In this beautifully written romance, Ms. Garcia offers strong and realistic characters, an exciting plot, and a book that's hard to put down until you've reached the final page!
Read more
2 people found this helpful
Report abuse

S Stein
5.0 out of 5 stars Amazing Read
Reviewed in the United States on 13 April 2015
Verified Purchase
I loved this book. Leslie Garcia is one amazing author. Her potrayal of Dell Rosales is amazing. I grew up in South Texas so I could really relate to the characters and the different places she describes in this story . Leslie Garcia is able to take you on a journey and I loved reading this book so much. I could definitely identify with the characters. I was born and raised in the city of Brownsville, Texas and I grew up in a hispanic home and could so envision this story. Loved it.

E.P. Salinas
5.0 out of 5 stars Beautiful Love Story
Reviewed in the United States on 13 June 2013
Verified Purchase
Unattainable, a romance novel that kept me glued to my i-device! Besides being a love story, Unattainable depicts the Hispanic culture in South Texas and clearly emphasizes our language variations. Being a graduate student in a Bilingual Education program, I could not miss the opportunity to present Mrs. Garcia's work to my Linguistics Professor and classmates. The love story of Dell Rosales and Jovanni Trevino captivates readers as the story unveils the mystery surrounding their relationship.
Read more
6 people found this helpful
Report abuse
See all reviews
Back to top
Get to Know Us
Make Money with Us
Let Us Help You
And don't forget:
© 1996-2021, Amazon.com, Inc. or its affiliates