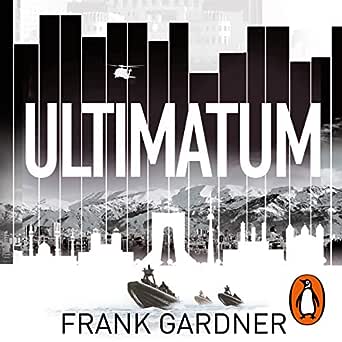 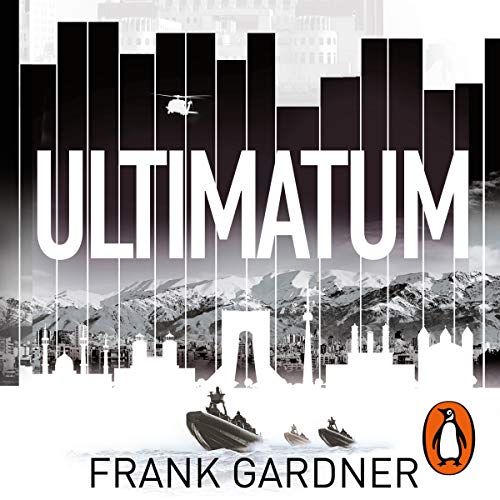 4.4 out of 5 stars
4.4 out of 5
791 global ratings
How are ratings calculated?
To calculate the overall star rating and percentage breakdown by star, we don’t use a simple average. Instead, our system considers things like how recent a review is and if the reviewer bought the item on Amazon. It also analyses reviews to verify trustworthiness.

MaryS
2.0 out of 5 stars This one's a dud
Reviewed in the United Kingdom on 25 July 2018
Verified Purchase
I'm a Frank Gardner fan. I've enjoyed all his previous books, especially Blood and Sand and Crisis, but this book was a disappointment. It felt hurried and thrown together. It started out well but soon started to go bad. The Luke Carlton character was particularly disastrous. For a start, he was barely present and when he was he seemed to spend most of his time worrying about his tedious, needy girlfriend, who kept demanding that he hurry back to London to hold her hand. Either he's in the wrong job or he needs a girlfriend better able to stand on her own two feet. Then he jumped into bed with a vulnerable twenty-two-year-old who happened to be useful to him, lying about who he was and eventually leading her to her death. This was his attitude to everyone who helped him, risking their lives in the process. All he cared about was what use they could be. As the story progressed, I found myself heartily disliking him.
It was also hard to care about any of the other characters. The story was told from so many random viewpoints that kept shifting that it was hard to stay involved. I frankly couldn't have cared less whether the kidnapped Foreign Secretary was saved or not and found myself skipping large chunks in the last quarter of the book.
If you like set piece adventure stories with lots of chases and the like, you'll probably quite enjoy it, but if you're looking for more – like plot and characters – you'll find this sadly lacking.
Sorry, Frank, I love you, but this one's a dud.
Read more
25 people found this helpful
Report abuse

Clive
3.0 out of 5 stars GOOD READ BUT FLAWED
Reviewed in the United Kingdom on 8 August 2018
Verified Purchase
Frank Gardner's previous life as a journalist, reporting on some of the world's most important stories is his real 'USP' in writing fictional novels, and that in-depth knowledge shines through in both of the Luke Carlton books. This, the second outing for our hero, is neither better nor worse than the previous novel, 'Crisis'; it's just different.

The plot line; a radical Iranian faction, seeking a return to traditional, Islamic, values, kidnaps the British Foreign Minister and makes an impossible demand for his release, hoping to spark war in the Middle East, is excellent and well portrayed. Yet the book is let down by two major flaws.

First is the hero, Luke Carlton, himself. He's supposed to be a tough ex-SBS action-man, dedicated and focused on his task. And here, that task is to avert another Middle Eastern, and possibly world, war. Yet Luke Carlton is plagued and beset by a high moral code that, in the middle of an action-packed operation, has him agonising about his failure to attend the funeral of his girlfriend's mother. At one point, while isolated on an Iranian island and with almost no battery life on his mobile, he agonsies about whether to use that battery life to call in a rescue team or to call his girl friend! This is all a bit unbelievable and I would have much preferred Luke Carlton to be less beset by moral angst and more mission focused.

Secondly, there is the matter of agent recruitment or 'turning'. Any reader will be of the view that the process of recruiting a new agent in a foreign land is lengthy; a gentle 'wooing' that, after many months, leads, very subtly to asking the new agent to do something against their mother country. Indeed, in his early training session at the beginning of the book, Carlton is 'failed' because he has rushed a contact. Yet, when charged with finding a specific 'target', to provide access to a specific individual, Carlton not only finds the 'target' (she comes to him), but he 'turns' her in less than 24 hours. All of this is utterly unbelievable and the only excuse is that Mr Gardner needs such implausible plot devices to keep the story, and his hero, moving along.

All of the secondary characters here are good; well drawn and described with strong clarity. It's the main characters with whom I have a problem. That includes the female 'interest' of a Muslim girl who, upon meeting Carlton for the first time, and after just a few minutes, kisses him, openly in a public place, apparently just because she fancies him.

The technical stuff described by Mr Gardner always tends to be good although, here, he does seem to make one error in having his special forces assault team use a sniper rifle that, in real life, has to be linked up to a hand-held computer and have lots of local information entered before it can be fired. The speed of action required by an assault team would never allow them to choose such a weapon. It's as though Mr Gardner has Googled 'best sniper rifle' and just used whatever came top without understanding how it works.

So, for me, although I enjoyed this book, the flaws caused sufficient irritation to make me think that I won't buy the next in this series. But who knows?
Read more
11 people found this helpful
Report abuse

dfwp
2.0 out of 5 stars Poor 2nd book in Luke Carlton series
Reviewed in the United Kingdom on 29 July 2018
Verified Purchase
I really enjoyed the first Luke Carlton novel. But this is a real disappointment. Badly written , repetitive, the girlfriend who had been a good character in the first book , now just shallow and annoying. Worst of all, Luke just comes over as a rank amateur who as others have commented, is pretty hard to like. What a shame.
Read more
11 people found this helpful
Report abuse

Peter Smith-Cullen
1.0 out of 5 stars World War III diverted by British ‘teenage’ spy: ridiculous
Reviewed in the United Kingdom on 10 August 2018
Verified Purchase
Firstly, the scope of this book is over ambitious. It describes an Iranian cell of hard-liners breaking away from the mainline Iranian government to kidnap a high ranking British politician to bring about a conflict in the middle-east that would potentially be a nuclear war. It is full of factoids covering Iran, Bahrain and Oman obviously reflecting the author’s knowledge of the region but the characterisations throughout are cliched and simplistic. His coverage of COBRA meetings are sketches from the comic world. And finally, disaster is all diverted by the skill and daring of a trainee British spy with the maturity of a teenager or a member of Enid Blyton’s Famous Five.
Read more
8 people found this helpful
Report abuse

david lamb
2.0 out of 5 stars A disappointing book
Reviewed in the United Kingdom on 27 July 2018
Verified Purchase
I thought I was reading boy's own adventure were the hero escapes the deadly clutches of the villains in nick of time.
An adult thriller it was not and I became so bored and did not finish it.
Read more
7 people found this helpful
Report abuse
See all reviews
Back to top
Get to Know Us
Make Money with Us
Let Us Help You
And don't forget:
© 1996-2021, Amazon.com, Inc. or its affiliates