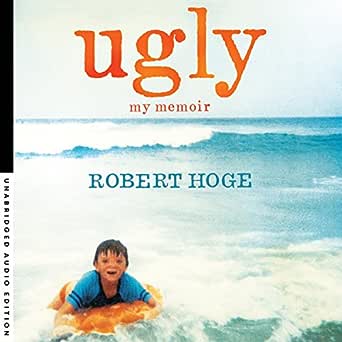 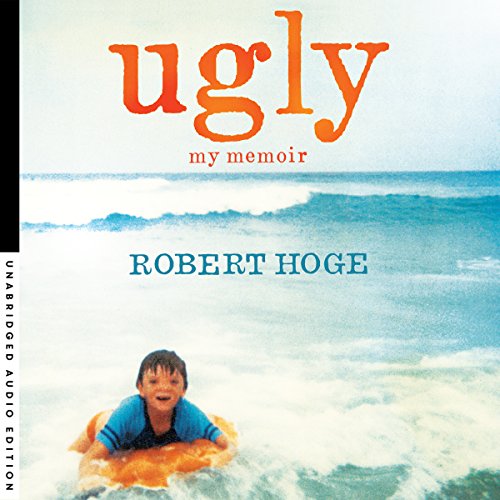 4.7 out of 5 stars
4.7 out of 5
213 global ratings
How are ratings calculated?
To calculate the overall star rating and percentage breakdown by star, we don’t use a simple average. Instead, our system considers things like how recent a review is and if the reviewer bought the item on Amazon. It also analyses reviews to verify trustworthiness.

A Customer
5.0 out of 5 stars Inspiring
Reviewed in Australia on 2 October 2019
Verified Purchase
Enjoyed reading this book so much, the author is very articulate and gives me faith in the goodness of humanity.
Read more
Helpful
Comment Report abuse

Aleata Forward
4.0 out of 5 stars A book to remind us all of how lucky we are
Reviewed in Australia on 15 July 2015
Verified Purchase
A wonderful human story, funny and moving. Thoroughly enjoyable
Read more
Helpful
Comment Report abuse

PattyMacDotComma
TOP 500 REVIEWER
4.0 out of 5 stars A moving, funny account of a deformed baby nearly “thrown out with the bathwater” but who instead grew up to public acclaim.
Reviewed in Australia on 21 October 2015
4.5 stars

“When I was twelve I went on holiday to Sydney. One night I was alone in an elevator heading to dinner in our hotel. Two middle-aged ladies got in. One of them looked me up and down, then stared at my face long enough to make me look away.

" ‘Terrible how they let kids so young play football these days, ‘ she said to her friend. ‘Look at the damage it does.’

"The other woman turned and stared at me too. ‘Yes, yes it is,’ she said.

"I stayed silent until the elevator reached the ground floor.

"I should have cringed or felt embarrassed or angry at those two women. I felt those things, at least in part. But I just wanted to laugh. Lady, if only you knew how much I wished I was this ugly because I was allowed to play football!”

Robert Hoge was born with such deformities that his mother, Mary, refused point-blank to see him and thought he should go into an institution as the doctors recommended. His father, Vince, wanted to bring him home but said it was up to Mary, since she’d do most of the work.

So Mary decided it was time to explain to the other 4 kids exactly what was wrong with their new little brother. Everybody cried, but they all said Robert should come home. However, they hadn’t seen him yet, just heard Mary’s and Vince’s descriptions of the horrific tumour in the middle of his face and the half-formed, shortened legs.

So off to hospital they went to see the new baby. Each child took a turn holding him, curious and interested, but they all seemed happy to accept him and wanted to take him home, so the decision was made. And they never looked back.

He has had corrective surgery, has 2 prosthetic legs, and is as bright and personable and public a fellow as any mother could have hoped for. Plenty of struggles growing up, pain, schoolyard taunts (regular schools), great mates, schoolboy pranks (lots), girlfriends, and a very loving, loyal family.

The first in his family to go to uni, he did his honours in English and Journalism but reckoned his real love was the newsroom. He jokes that he has a face for radio, but he loves writing and is quick and capable – perfect for journalism, where there’s little time to meet deadlines.

He became a journalist and writer and has been a political speech writer, so reading his book is an easy pleasure. He’s included some photographs of some special times at various ages, and he seems to have been a joyous, happy boy. He’s also got a photo of his beautiful little girl. His condition appears not to have been genetic, but probably due to the anti-depressants given to Mary before she knew she was pregnant.

I’ve seen him interviewed several times on television, and after a while, I seem to just accept his looks and don’t really think about it. I cannot imagine being one of those so-called ladies in the elevator. Un-bl**dy-believable!

I hope he has a long career in it and we hear more of him and those ‘ladies’ figure out who they are and are suitably mortified.

Mrs. B. C. Thatcher
5.0 out of 5 stars Definitely not a misery memoir
Reviewed in the United Kingdom on 11 November 2017
Verified Purchase
I read this book as our book club choice so I had no idea what to expect. I was delighted to find it was beautifully written - and definitely not a misery memoir as the title might imply. Robert does not have a trace of self pity and tells the story of a fairly normal childhood in a way that makes you want to keep on reading. Thoroughly recommended.
Read more
One person found this helpful
Report abuse

D CAMPBELL
5.0 out of 5 stars A real role model for everyone
Reviewed in the United Kingdom on 2 December 2017
Verified Purchase
Best book I have ever read in my life. It is so inspiring I am going to buy copies to give to my family.A true inspiration to everyone and I would urge everyone to read it. I have read loads of autobiographies and self help books but read this book it is all the inspiration anyone would ever need. Just bought 5 copies of paperback for xmas presents and pleased with my choice.
Read more
Report abuse

Amazon Customer
5.0 out of 5 stars Such a brave man
Reviewed in the United Kingdom on 30 December 2019
Verified Purchase
Sad but not self pitying. I am filled with admiration for robert and wish him every happiness in the future.
Read more
Report abuse

Daniel H. Osborne
5.0 out of 5 stars Frank, easy reading level, engaging for kids.
Reviewed in the United States on 8 September 2019
Verified Purchase
Insightful, great literary work. Gives an inside look at the mind and soul of an individual incredibly different and yet so very much like all of us.

The listing of the "Top Ten" nicknames, along with their ratings, pushes the reader to an understanding of humanity and the give and take of relationships.

I nearly died laughing at some of the stories related, and was sorrowful and angry in the moments of abuse relayed.

There was a curse word used, and while I understand the use of literary force, not neccessary to the overall scope of the book.

My son was given this book as a reading assignment as school. It was an honor to share this with him.

Whether the parent of a child with unique challenges, an individual with them, or the passive bystander of someone misunderstood, this is an excellent tool of insight and empathy.

Thank you for your courage.
Read more
Report abuse

Mike
5.0 out of 5 stars One of the best books ever
Reviewed in the United States on 9 November 2018
Verified Purchase
“Ugly” by: Robert Hodge is one of the best books I have ever read. The only thing I do not get is why it’s called ugly. I think Robert is beautiful and I don’t think he needed any of those operations. We all have our differences and some of us feel the need to change that. No should have to change the way they look because they think they are ugly. If Robert is reading this right now I would like him to know he is beautiful the way he was. No one should ever change!

(Submitted by my 11yo daughter). Proud she feels this way.
Read more
2 people found this helpful
Report abuse
See all reviews
Get FREE delivery with Amazon Prime
Prime members enjoy FREE Delivery and exclusive access to movies, TV shows, music, Kindle e-books, Twitch Prime, and more.
> Get Started
Back to top
Get to Know Us
Make Money with Us
Let Us Help You
And don't forget:
© 1996-2020, Amazon.com, Inc. or its affiliates