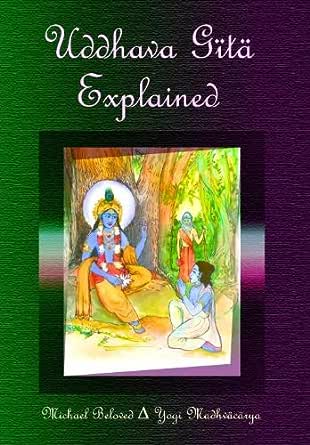 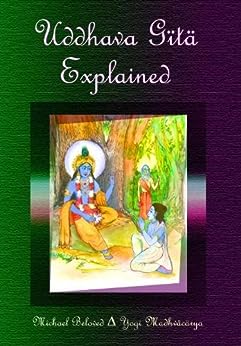 Michael Beloved (Madhvacharya das) took his current body in 1951 in Guyana. In 1965, while living in Trinidad, he instinctively began doing yoga postures and trying to make sense of the supernatural side of life. Later on, in 1970, in the Philippines, he approached a Martial Arts Master named Mr. Arthur Beverford, explaining to the teacher that he was seeking a yoga instructor; Mr. Beverford identified himself as an advanced disciple of Sri Rishi Singh Gherwal, an astanga yoga master. Mr. Beverford taught the traditional Astanga Yoga with stress on postures, attentive breathing and brow chakra centering meditation. In 1972, Madhvacharya entered the Denver Colorado Ashram of Kundalini Yoga Master Sri Harbhajan Singh. There he took instruction in Bhastrika Pranayama and its application to yoga postures. He was supervised mostly by Yogi Bhajan's disciple named Prem Kaur. In 1979 Madhvacharya formally entered the disciplic succession of the Brahma-Madhava-Gaudiya Sampradaya through Swami Kirtanananda, who was a prominent sannyasi disciple of the Great Vaishnava Authority Sri Swami Bhaktivedanta Prabhupada, the exponent of devotion to Sri Krishna. After carefully studying and practicing the devotional process introduced by Sri Swami Bhaktivedanta Prabhupada, Madhvacharya was inspired to do a translation and three commentaries to the Bhagavad Gita. This led to his completion of this translation of the instructions to Uddhava, advisories which complete the course given to Arjuna. An easy-read English translation is published as Uddhava Gita English. --This text refers to the paperback edition.
click to open popover

Alfredo Delregato
5.0 out of 5 stars One of the Greatest Books on Yoga Ever Written
Reviewed in the United States on 25 August 2012
Verified Purchase
The author is a Yogi of the highest order, but not from India, the traditional land of yogis, but from Guyana and now settled in the United States. Yogi Madhvacharya Das has plumbed the depths of yoga. Perhaps there are few like him among us today. His yogic inclinations are deep-rooted and come from long and strenuous practices.

This book is a titanic endeavor. Only the Sanskrit elucidations place this work at a scholarly level with any other translations of Uddhava Gita. It is not easy task to translate this ancient and many-meanings words language.

This is the last in a trilogy by the author regarding the three specific teachings of Lord Krishna. The first two, contained in the epic Mahabharata, were delivered to Arjuna; namely, the Bhagavad Gita and the Anu Gita. The last, and most complete, was given later to Uddhava, and became known as the Uddhava Gita from the Srimad Bhagavatam.

It is perhaps important to emphasize the relevance to humankind of these three discourses. There is here esoteric knowledge of the highest order. But it is as important to highlight the specific purpose of the not well-known Uddhava Gita.

The book is masterfully structured, for it guides the reader first through the translations from Sanskrit to English for each verse which are designed for those interested in the meanings of the words and their intricacies. It follows with a very detailed commentary. It is here, in these commentaries, where the essence of this work is encountered and where deep attention is needed. It is in these provocative, esoteric dictums where the knowledge attained by intuition and deep yoga meditational practice is discerned. This is not a one-dimensional book, not even a two, or three-dimensional one, but a work of the highest spiritual order, a distillation of much wisdom that dabbles into the 4ht-dimensional spiritual realm.

The book contains 25 chapters. Each one is a jewel of yogic knowledge. Not only the Uddhava Gita is entertained, but there are many inroads, some of them in such depth so as to constitute by themselves short, compressed, treatises, for example into the Yoga Sutras of Patanjali, as in Chapter 10 "Mystic Skills", or into Vedic Lore and the Manu Smritis, as in Chapter 12 "Righteous Lifestyle".

In summary, this is a yoga compendium of the highest quality and degree, and should a primer for all aspiring and practicing yogis, as well as a book of reference for those interested in the esoteric teachings of Lord Krishna.