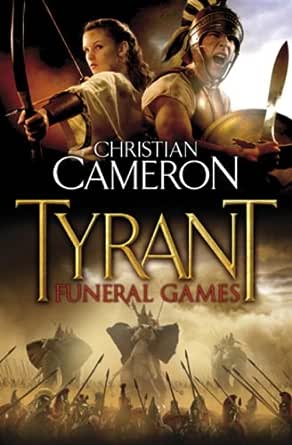 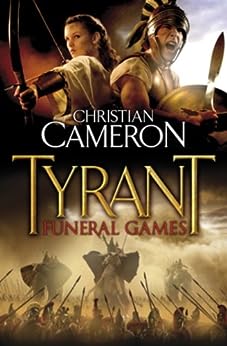 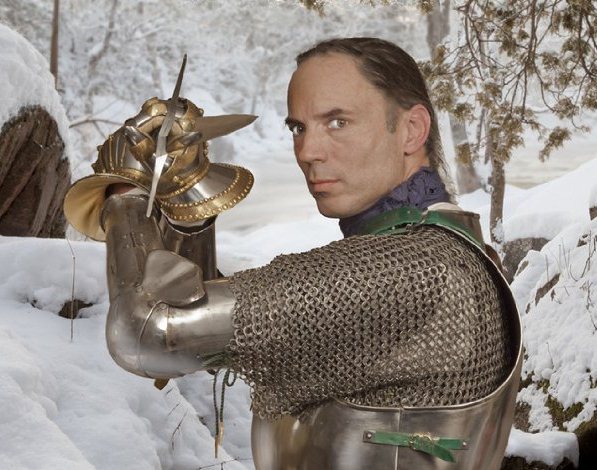 A sword and sandals epic that is entertaining. - The Weekend Gold Coast Bulletin

An action-packed tale of betrayal and revenge set amidst the war between Alexander the Great's generals, and climaxing in the most spectacular battle of the ancient world.
See all Product description

Clay Kallam
4.0 out of 5 stars A little dropoff, but still a great read
27 September 2018 - Published on Amazon.com
Verified Purchase
I stumbled into this six-book series by way of one of my favorite recent fantasy series, the Traitor Son Cycle by Miles Cameron. I noticed that, for some unknown reason, Cameron also wrote under the name of Christian Cameron, and had a series set in the time of Alexander the Great.

As one who knows way too much about that Hellenistic time period, and one who loved Cameron’s previous work, I was all in from the moment I started volume one, Tyrant. And as this is a connected series that really needs to be read in order to be appreciated, this review is of all six books considered as a whole, rather than a review of each book (though parenthetical notes will be appended for each).

The story covers about 30 years of ancient history, ending in 301 BCE at the Battle of Ipsos. Now if you already know who won the Battle of Ipsos, you will be a little too far ahead of the game, for much of the suspense of the series (which includes other historical events) will be lost – and you will also be surprised by some revisions Cameron makes in order to tell the story the way he wants to.

But the basic premise is this: Cameron inserts fictional, high-ranking characters into the complicated weave of Hellenistic history, and has them participate in events both major and minor. For the most part, this works extremely well, as Cameron’s grasp of the minutiae of Hellenistic life and his gritty sense of the bloody, painful and horrific cost of ancient warfare is superb. He is also an excellent writer, so the story moves along at a brisk pace, flagging only momentarily in the later volumes.

There are issues, of course. Like Star Trek, Kineas and Satyrus, the two main protagonists, are in the front lines way too often to be believed, especially in the later books, and their interactions with the major historical figures seem unnecessary, as if the editors insisted that somehow Kineas and Alexander are in contact, and so are Satyrus and various Hellenistic leaders.

Cameron, though, is perfectly willing to kill off major characters, and in sudden and unexpected ways, which adds a tremendous amount of tension to battle scenes and assassination attempts (unlike Star Trek). There’s also some magical realism thrown in, but any attempt to explain the plot would require much more patience than any reader of this review is likely to have.

But in short, Kineas, Satyrus and his woefully underutilized twin sister Melitta (why wasn’t she more prominent in the narrative?), all represent what we now consider Southern Russia, at the north of what we call the Black Sea. In those times, it was the place where the steppe nomads and expanding population of farmers and colonizers crossed paths, and it became a crucial part of the Hellenistic game of thrones given its ability to produce grain that the Mediterranean cities desperately needed to feed their people.

So Cameron tosses these characters, their soldiers and their grain into the Hellenistic mix, and in the end, comes up with a wonderful series that I enjoyed from start to finish. Then again, I love excellent historical fiction, and this is my favorite period, so I’m hardly unbiased. But I will say this: If you have even a passing interest in the world of Alexander the Great after his death, the Tyrant series is for you. I just wish there were more than six volumes.

* * * * *
This volume is a serious shift of gears, and as such, takes time to build momentum. And new characters come onto center stage, and the suspension of disbelief they bring with them asks a lot. But Cameron settles back into the flow by book's end.

Amazon Customer
5.0 out of 5 stars Good ride back to ancient Greek
29 August 2017 - Published on Amazon.com
Verified Purchase
I'm a bit of a historical fiction fan so yes, what I believe will be biased and unhistorical. So if you're interested in swashbuckler action with some ancient strategy and throw in a mix of well founded historical tie-ins, this is a good book. Of course, I'd greatly recommend you start reading from the first book, though if not, it's still alright, cause this book is sort of a start of a new chapter bit in the main line of events.
On the book itself, there was a good amount of action, heroism, stoicism but hey, it's ancient Greece, they invented those ideas. So it might come off as a bit cliche but like I said, back then, it was the trend to give rhetoric speeches. Also since the book focuses on a pair of teenage twins, it involves a lot of immature decisions and stuff like that, which may puzzle an adult's perception of things. But then, it only goes to say how nice of a job the author did on trying to portray the characters accurately. And again, since we can hardly find a good book on how ancient teenagers think nowadays, some of these ideas may come off as rather modern view thinking, furthermore, some words such as knights, hour, minutes may also trigger some ancient buffs on historical accuracy. Alas for me, I think it's just the suitable amount for me to read a historical fiction story with ease, yet not so much inaccuracies that I'll call BS on everything.
All in all, good way to spend some hours in escaping the reality and maybe tickling your interest for more ancient Greek history.
Read more
One person found this helpful

I would like to provide textual content on that Rating as part of this Review, however am unable to do so. The ACDLT has restricted ability to Comment or Reply (without any prior warning, any specific notification, any identification of specific alleged problems or appeal).

That being so, an inability to respond to Review comments by others (positive, negative, indifferent) would be unfair to myself and others.

But it is a solid 5-star book in this genre.
Read more
2 people found this helpful
Go to Amazon.com to see all 26 reviews 4.7 out of 5 stars
Get FREE delivery with Amazon Prime
Prime members enjoy FREE Delivery and exclusive access to movies, TV shows, music, Kindle e-books, Twitch Prime, and more.
> Get Started
Back to top
Get to Know Us
Make Money with Us
Let Us Help You
And don't forget:
© 1996-2020, Amazon.com, Inc. or its affiliates