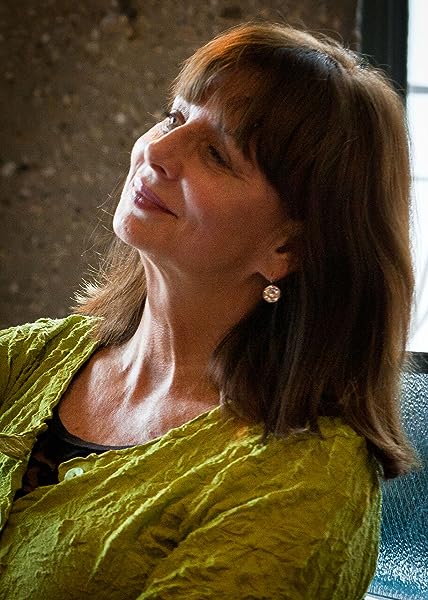 by Elizabeth Buchan (Author)
4.3 out of 5 stars 87 ratings
See all formats and editions
Sorry, there was a problem loading this page. Try again.

Page 1 of 1 Start overPage 1 of 1
Previous page
Next page
Start reading Two Women in Rome on your Kindle in under a minute.

Elizabeth Buchan began her career as a blurb writer at Penguin Books after graduating from the University of Kent with a double degree in English and History. She moved on to become a fiction editor at Random House before leaving to write full time. Her novels include the prizewinning Consider the Lily – reviewed in the Independent as ‘a gorgeously well written tale: funny, sad and sophisticated’. A subsequent novel, Revenge of the Middle-Aged Woman became an international bestseller and was made into a CBS Primetime Drama. She received letters from all over the world after it was published and people still come up at book events to say how much the novel affected them. Later novels included The Second Wife, Separate Beds, Daughters. After talking to some amazing women who had been employed by SOE, she wrote the Danish wartime resistance story, I Can’t Begin to Tell You, which was reviewed as 'nerve-jinglingly engrossing' by the Sunday Times. The New Mrs Clifton is based on a situation that happened in her own family after the war - only in reverse. Her latest novels are The Museum of Broken Promises which Marion Keyes has called 'a gem of a book' and Two Women in Rome.

Elizabeth Buchan’s short stories are broadcast on BBC Radio 4 and published in magazines. She is a past reviewer for the Sunday Times and the Daily Mail, and has chaired the Betty Trask and Desmond Elliot literary prizes. She was a judge for the Whitbread First Novel Award and for the 2014 Costa Novel Award . She is a patron of the Guildford Book Festival and co-founder of The Clapham Book Festival

4.3 out of 5 stars
4.3 out of 5
87 global ratings
How are ratings calculated?
To calculate the overall star rating and percentage breakdown by star, we don’t use a simple average. Instead, our system considers things like how recent a review is and if the reviewer bought the item on Amazon. It also analyses reviews to verify trustworthiness.

There are 0 reviews and 13 ratings from Australia

Alison Gould
4.0 out of 5 stars Had to finish it
Reviewed in the United Kingdom on 2 August 2021
Verified Purchase
Hard to summarise my feelings about this book but unlike some other readers I was compelled to go on reading it and greedy to find out the denouement. It was not a book I could read in irregular bursts; I forgot important facts and key details. Once I set aside an hour or more at a time to give it my full attention I started to enjoy it and get past the initial confusion it provoked. It seems to me uncertain of just what it is - a double romance with the modern day one much less satisfactory, a mystery, a travelogue in part, a historical political thriller... there are elements of all these. And, despite my admiration for Buchan as a writer, this does feel stilted at times and some of the minor characters feel more convincing than the main protagonists. However, all that said, I was intrigued by it and after a sticky start enjoyed it. But if you havent read The Museum of Broken Promises, do so first - it's a better book.
Read more
3 people found this helpful
Report abuse

Kindle Customer gillyflower
2.0 out of 5 stars Duel time, 70's, present, art, achivist, Rome.
Reviewed in the United Kingdom on 25 July 2021
Verified Purchase
I've been an Elizabeth Buchan fan for years now. Have read all her books, except perhaps the last two or three; some I have re read with as much enjoyment. However its sad to say that I was so bored with this book that I couldn't even finish it. It's difficult to put into words why it bored me. On the face of it, it shouldn't have done, but the characters I could not get to know, not one of them. The author just didn't seem to go deep into their minds and thought process, well not enough and certainly in my opinion very unlike her usual style. Not even Rome, the Piazzas, the coffee houses could keep me on these pages. There are good reviews for this one, but like me quite a lot were disappointed.
Read more
2 people found this helpful
Report abuse

Tamara Devereux
3.0 out of 5 stars Intriguing dual-timeline mystery
Reviewed in the United Kingdom on 3 September 2021
Verified Purchase
As the title suggests, this book is about two English women who find themselves living in Rome, but decades apart. They never meet but, after starting her new job as an archivist, Lottie stumbles across documents relating to Nina from the 1970s, including a potentially highly valuable painting.

The story evolves across the dual timelines, as Lottie becomes increasingly drawn to Nina and feels compelled to solve the mystery of her death after what seemed to have been a cursory police investigation. When no-one claimed Nina's body she was given an unusual burial, and Lottie feels she must discover the truth and properly honour Nina's life.

Set against the beautiful backdrop of Rome, this is an intriguing mystery, incorporating historical perspectives and political tensions of the time. For me, it was a little slow to get going but worth a read.
Read more
Report abuse

Amazon Customer
5.0 out of 5 stars Heart and history
Reviewed in the United Kingdom on 18 June 2021
Verified Purchase
Another stunning immersion in history for us from EB. But this time the history isnt on the other side of the Iron Curtain, or further off. We are looking at modern Italy as well as the turmoil of the horrible 1970s. EB captures the reptilian horror of Italian bueaucrats perfectly. The secret pacts. The unspoken alliances. And within that, the erotic/romantic vicissitudes of her two well-shaped heroines are brilliantly told. Brava!
Read more
2 people found this helpful
Report abuse

Gillyowl
5.0 out of 5 stars Enthralling read
Reviewed in the United Kingdom on 29 June 2021
Verified Purchase
I love Rome and maybe I will be lucky to live there one day.
I was draw to the book because it follows an English woman moving there, but the story was so much more than I expected. There's a few twists and turns which keeps you guessing to the end.
Read more
2 people found this helpful
Report abuse
See all reviews
Back to top
Get to Know Us
Make Money with Us
Let Us Help You
And don't forget:
© 1996-2021, Amazon.com, Inc. or its affiliates