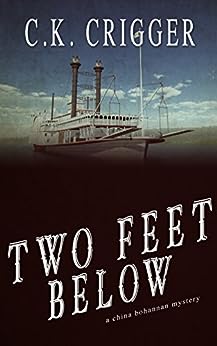 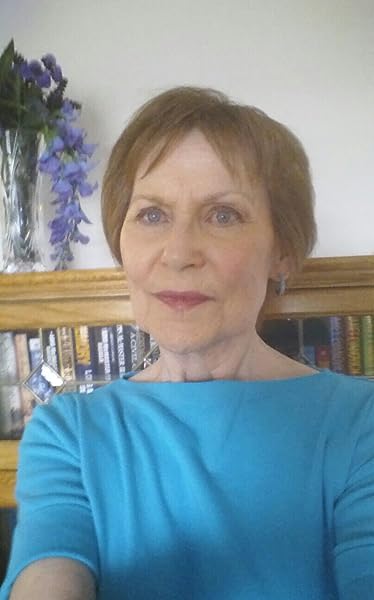 John R. Lindermuth
5.0 out of 5 stars A Fun Romp
Reviewed in the United States on 23 January 2013
Verified Purchase
China Bohannon is back, and she's just as assertive and prone to trouble as ever.

What at first appears to be a simple case of slippery bookkeeping and pilfering from a mining company turns out to be a much more insidious plot leading to murder.

Much too often for her comfort, China finds herself being assaulted, threatened and bribed by thugs. And, as if she isn't able to find enough danger on her own, being employed as a decoy to avert harm to a client's wife gets her thrown off a boat in the middle of a lake. When that isn't sufficient to do her in, the baddies aren't above shooting a woman.

In between all this, China and her little dog cause a row at a baseball game, she encounters some rugged loggers, clashes with prostitutes who think she's invading their turf, and spends a little time in jail.

China identifies the ringleader long before the male members of the Doyle & Howe detective firm, but no one believes she's right. So, hoping to prove herself right and win a partnership in the firm, the feisty young woman goes off in search of evidence.

It's a fun romp in the 19th century Northwest, which the author vividly and accurately portrays.
Read more
One person found this helpful
Report abuse

LOUI
5.0 out of 5 stars Awesome exciting and intriguing
Reviewed in the United States on 30 August 2020
Verified Purchase
C. K. Crigger burned the barn down with this series. China Grat and Monk put together in one story make for more exciting and mysterious reading so you can't put the book down. I am starting the next one in five minutes. This one is five stars plus.
Read more
Report abuse

A Reader in the Mitten
5.0 out of 5 stars Solid Footing in Mystery
Reviewed in the United States on 25 April 2013
Verified Purchase
Technically, I would give this second offering for the China Bohannan series 4 1/2 stars -- only because I was a little confused as to why the client was being targeted by killers. However, like a fishing line slowly reeled out, the relevant information is revealed throughout this entertaining mystery, in which China finds herself in more than hot water as a decoy and incessantly curious amateur detective. I absolutely adore China and her dog Nimble, and wish Grat (the hero) would give her more credit for brains. Men! Maybe in the third book... looking forward to reading further adventures of China. I love the deft setting details or tidbits of slang Carol Crigger drops in here and there. If you love a spunky heroine, look no further.
Read more
2 people found this helpful
Report abuse

Sue Ellis
5.0 out of 5 stars Two Feet Below--a gem dandy
Reviewed in the United States on 22 November 2011
Verified Purchase
Not since Joan Hacket played Prudence in Support Your Local Sherriff has a brunette made me smile so much. China Bohannon is an 1890's bookkeeper worth her weight in gold to the detective partners who employ her at Doyle & Howe-Investigations. Trouble is, they spend as much time trying to keep track of China as the bad guys. Her natural curiosity and sense of justice keep landing her smack dab in the middle of trouble--with terrifying and often hilarious results.

The story is set is the Inland Northwest, and it's so authentically done, I felt as if I was riding the train from Wallace and boarding the steamer on the Coeur d'Alene River along with China.
Read more
One person found this helpful
Report abuse
See all reviews
Back to top
Get to Know Us
Make Money with Us
Let Us Help You
And don't forget:
© 1996-2021, Amazon.com, Inc. or its affiliates