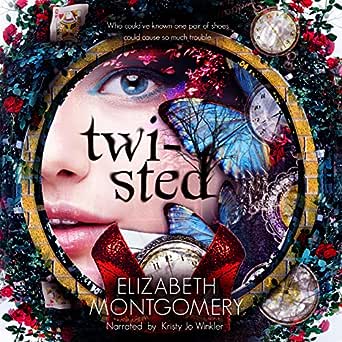 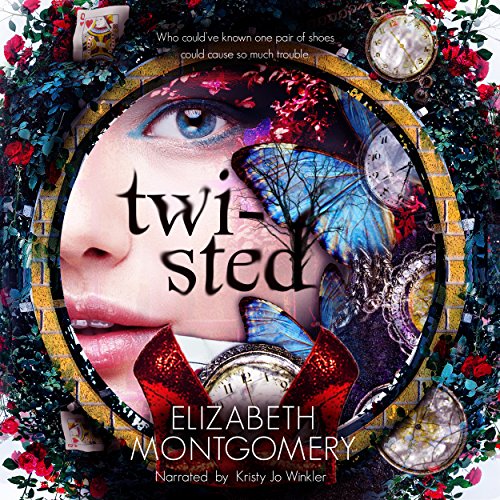 Kimberly Vanderbloom
4.0 out of 5 stars A twisted version of Oz and Wonderland
Reviewed in the United States on 4 March 2016
Verified Purchase
This book was quite a surprise. It is a gem of a twisted fairy tale. I wouldn't necessarily call it a retelling because it isn't telling the story again. It is what if Dorothy never made it home and stayed in Oz. It was unique and well told. I liked Dee and found her to be relatable. I think she was a interesting character and I liked reading her point of view. My favorite character was Hatter. I love me some chaos and the Hatter always provides me with that. My favorite moment was when Dee met the Hatter and their eyes locked. It was a special moment that I longed for. The cover drew me in and the story made me stay. I will gladly read anything more this author writes.
Read more
2 people found this helpful
Helpful
Sending feedback...
Thank you for your feedback.
Sorry, we failed to record your vote. Please try again
Report abuse

Ada Castle
5.0 out of 5 stars Twisted- Great Reads
Reviewed in the United States on 5 March 2016
Verified Purchase
first book I ordered as a kindle read because I could not wait for it to arrive to me by paperback in the mail. I had ordered the book Scarred by Elizabeth Montgomery the last of December and knew that I love her style of writing already. The plots, the emotions and the easy flow from page to page makes this a must read. Was not disappointed and will be opening up my tablet to reread this story and share time with the characters in the Twisted world often.
Read more
Helpful
Sending feedback...
Thank you for your feedback.
Sorry, we failed to record your vote. Please try again
Report abuse

Melannie S
5.0 out of 5 stars Perfect, quirky, nonsensical madness...
Reviewed in the United States on 5 March 2016
Verified Purchase
Twisted is perfect, quirky, nonsensical madness. Elizabeth Montgomery has written unforgettable characters and planted them in magical landscapes. Although based on the originals, Dee, Samuel, Jasper, Aeris, and Hatter are not quite what you'd expect. I am in love with this author's version of Hatter. I look forward to the next Twisted adventure.
Read more
Helpful
Sending feedback...
Thank you for your feedback.
Sorry, we failed to record your vote. Please try again
Report abuse

jeannette joyal
5.0 out of 5 stars Expect the unexpected!
Reviewed in the United States on 10 May 2016
Verified Purchase
This author has such a way with words. The kind that unlocks your imagination while she takes you on a breathless journey.
Where the yellow brick ends a new twist begins...
New characters, new adventure an ending you won't see coming.
You will see what I mean when you read it and trust me you want too!

Justin and Katie Schauer
3.0 out of 5 stars Decent and intriguing but...
Reviewed in the United States on 1 March 2016
Verified Purchase
I received a copy of this book in exchange for an honest review.

A little known fact about me (unless you've met my mother) is that I LOVE The Wizard of Oz. According to my mother, when I was 3, I had to watch it 3 times a day, every single day. She probably hated the movie after the first month of that. Even though I've never read the books by L. Frank Baum, I get very excited about Wizard of Oz retellings or continuations. Twisted by Elizabeth Montgomery imagines what Dorothy's life would have been like after the wizard took off in his balloon if she'd lost the ruby slippers.

I felt like this approach was a fresh take on The Wizard of Oz story and provided a slightly different view of Glinda that really makes sense if you think about it just a little bit. Even if you think about her actions in the movie (I'm not sure about the books since I haven't read them), they fit with this view of her.

A big issue with this story for me is that Ms. Montgomery avoided using names from the original stories like the plague, and it was completely unnecessary because The Wizard of Oz is in the public domain. There was no real good reason to refer to Toto as "the pup" all the time, and it annoyed it, a lot. Additionally, when Dee encountered a tin man, it was like she'd never seen one before, and that made no sense at all to me.

Another issue for me is that there were far too many spelling and grammar errors for a book this size. Granted, I had an ARC, but I checked two separate issues that I'd highlighted against the version available on Amazon and both were still present, so I have reason to believe the others were not caught and corrected either.

Overall I give Twisted 3 out of 5 stars because I liked the idea and overall story arc, but it failed to deliver on a few aspects.

Lynkon
5.0 out of 5 stars The Wizard Of Oz is my all time favorite movie, so I will admit I was curiously ...
Reviewed in the United States on 1 March 2016
Verified Purchase
Twisted by Elizabeth Montgomery
The day that this author started posting teasers for this book, I KNEW I had to read it. The cover reveal and additional teasers just fed that need!! The Wizard Of Oz is my all time favorite movie, so I will admit I was curiously cautious on my expectations.
The author does an amazing job at combining two worlds that so many of us grew up with. Dee isn't the same meek girl we knew from the classic movie--in this story she is strong and independent, with a dash of feisty!! I couldn't help but fall in love with the other characters, they were well illustrated for the reader and had personalities that were easy to connect with.
While trying to get Dee back home, her and her found friend, Aeris fall into another world....wonderland. This new world to Dee will bring it's own set of new friends and new enemies. A curious man who Dee finds herself drawn to, called Hatter. Along with a rabbit who tries to help, and a red queen who seeks power and control.
The end of this book keeps you on the edge of your seat and you'll find yourself laughing, worrying and possibly shedding a tear or two.
I highly suggest this book for all ages and am looking forward to more by Elizabeth Montgomery.
Read more
One person found this helpful
Helpful
Sending feedback...
Thank you for your feedback.
Sorry, we failed to record your vote. Please try again
Report abuse

Chasity Nicole
5.0 out of 5 stars Absolutely twisted, loved every minute of it
Reviewed in the United States on 26 May 2016
Verified Purchase
I'll be honest, I bought this book based on how killer the cover is. I'm not one to judge a book based on it's cover, but this cover really captivated me that I bought it on the spot before even reading the blurb, so I went in reading it rather blind. And I'm glad that I did because I didn't expect any of the story at all.

In the beginning we meet Dee, or Dorothy as she's walking through Oz trying to find someone to help her get home. She meets some allies along the way that help her, even though they don't help her get home to Kansas. We meet Samuel, Jasper, and Aeries, which are all amazing characters that you really can't help but love. Especially when you find out the star-crossed lovers plot behind two of the characters, more so the full story at the end- which I didn't see coming at all.

And the name Twisted fits this novel perfectly, because it is Twisted. You don't see any of the twists and turns that happen, which in most novels you eventually begin to piece it together. That didn't happen with this novel. I could never formulate what I thought was going to happen next because there was nothing that I could think it could lead up to, especially since it was so different from the original Wizard of Oz.

I definitely look forward to reading more from Elizabeth Montgomery and hope to see more of Dee in Oz. Or even more twisted tellings of other stories, because she has such an imagination that she could come up with some brilliant twists that no one has done before. Because she did it here. I have high expectations for this amazing author.
Read more
Helpful
Sending feedback...
Thank you for your feedback.
Sorry, we failed to record your vote. Please try again
Report abuse

Erin
5.0 out of 5 stars Beautifully Written!
Reviewed in the United States on 26 March 2016
Verified Purchase
Erin's Book Reviews: An Author Reviewing Other Authors
[...]

Dee was supposed to click her heels, make a wish, and POOF be back in her bedroom. But when those red shoes fail her, Dee has to find her own way out of Oz and back to Kansas. Along the way she meets a whole new set of interesting, borderline crazy characters who attempt to help Dee back to where she belongs. Things just don't go her way when a spell meant to take her home goes haywire, Dee finds herself falling down the rabbit hole and faced with a whole new set of problems.

Twisted is a fantastical tale of Dee (Dorthy reinvented) and what could have happened if the ruby red slippers hadn't done what they were supposed to. The author has an awesome way with words and her descriptions make you feel like you aren't just following a character as they have amazing adventures, but like you are right there along with them.

Now I do have to say I was really looking forward to this release and loved the sneak peeks I got from attending Facebook Release party, but after I began to read it I was a little disappointed. While there is some great descriptions and lots of wonderful characters, Wonderland isn't even mentioned until over half of the story is over and then since the story isn't very long your peek into Wonderland is brief and leaves you wanting more.

The story does have an open ending so there is potential for a sequel, which is confirmed by the sneak peek of the next book Red Queen's Return to Wonderland. I look forward to seeing where the next book goes and hope it fulfills the emptiness I was left with because of Twisted.

I give this read 4.5 bunnies!
Read more
Helpful
Sending feedback...
Thank you for your feedback.
Sorry, we failed to record your vote. Please try again
Report abuse

SFC
4.0 out of 5 stars Cute premise
Reviewed in the United States on 27 April 2016
Verified Purchase
Cute story - some Wonderland, some Oz, all fun. Great imagination and descriptions of people and places. Enjoyed the story.
Read more
Helpful
Sending feedback...
Thank you for your feedback.
Sorry, we failed to record your vote. Please try again
Report abuse