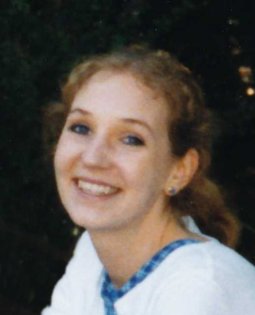 by Elliott (Author)
4.1 out of 5 stars 10 ratings
See all formats and editions
Sorry, there was a problem loading this page. Try again.

"From out of the swirling mists of legend and history, a worthy addition to the Trystan and Isolde cycles." -- Margaret George, author of Helen of Troy

"Anna Elliott takes the aerie-fairy out of the fabled Arthurian tale of Trystan and Isolde, and gives us a very plausible version. Our heroine has the spunk of a woman of our era, and this Isolde is one we can all admire and aspire to." -- Anne Easter Smith, author of The King's Grace and Daughter of York

"Elliott's reworking of a timeworn medieval tale reinvigorates the celebrated romance between Trystan and Isolde...Fans of the many Arthurian cycles will relish this appropriately fantastical offshoot of the Arthurian legend." -- Booklist

A long time devotee of historical fiction and fantasy, Anna Elliott lives in Princeton, New Jersey with her husband and young daughter. TWILIGHT OF AVALON, the first of a trilogy, is her first novel.
Start reading Twilight of Avalon on your Kindle in under a minute.

Beebeeweston
4.0 out of 5 stars Such a great book
Reviewed in the United Kingdom on 16 March 2017
Verified Purchase
This is such a good book. I think the problem is it's marketed at the wrong audience. It is sold as an epic lover story, which it isn't (well not in the first book anyway). The book should be aimed at fans of Bernard Cromwell's Arthur trilogy, fans of those books will love this.

It's set in the aftermath of King Arthur's reign and downfall. There has been peace for a number of years before betrayal sets in motion a war, not just with the Saxons but with the Kings and Lords of Britain themselves. Isolde is caught in the cross fire of the war for a number of reasons (no spoilers) and meets Trystan who also gets pulled into it.

There is a supernatural element to the book (due to some of the character's connection to Paganism) which really adds to the story.

I am very much looking forward to the second book in the series.
Read more
Report abuse

Diana Richards
5.0 out of 5 stars Great book
Reviewed in Canada on 27 February 2014
Verified Purchase
This book kept me reading until late at night . The combination of historical fact and fiction is what keeps me interested.
Read more
Report abuse

Lizzie
5.0 out of 5 stars Isolde the Witch of Court
Reviewed in the United States on 31 March 2011
Verified Purchase
Isolde, brave and mystical also possessed that intangible gift of courage that many other people are drawn to. Like moths on a lamp it seemed almost everyone could not help but be drawn into her but many found out if you get too close you might get burned. Isolde was alone in this life everyone she ever knew or cared about was dead. Isolde was the granddaughter of Morgan, friend of Myrddin, daughter of Gwynefar, and so many others who were lost to her. The pain still continued and was started anew with the loss of her husband Constantine. When her husband Con died it started a domino effect in the Kings council. Now that Constantine the high king was gone it was now time for the council to vote for a new high king. Refusing to remember the past Isolde buried it deep inside her with the gift of sight that her grandmother Morgan her was the gift that came from the ancient ones. They never really left her and when the wind shifted she could her them, Morgan, Arthur, Gwynefar and Myrddin.

Some considered her a witch because even though her grandmother had been gone for some time it does not mean that the past had not been forgotten. People knew Isolde had been raised by Morgan and that her grandmother had taught her everything she knew of the old ways. It was how she became a healer, Morgan made sure that she was taught the many secrets of using the earth's natural remedies for treatment. She made sure to put it to good use and since Brittan was constantly at war with the Saxons it was a calling of Isolde to heal the sick and wounded the best she could. They still called her a witch even while she cleaned and dressed their battle wounds. The king's council that consisted of all the kings of the surrounding areas ran into so major problems when the vile Lord Marche King of Cornwall started traitorously climbing his way over other to win exalted position of high king where Con once had sat. He forced Isolde into marriage by blackmailing her and after less than one day with him she had no other choice but to run while she still could.

On the run Isolde had no one to turn to for help, no one she could trust and it seemed like everyone close to her was slowly being eliminated. During her first night alone in the woods she was startled to awake to her hands tied with a man and a child saying they needed a "healer". The curious pair of outlaws led her eventually to who really needed her help. Coincidence as it was it was one of the escaped Saxon prisoners she had treated at the castle before she ran. I think it was fate that Isolde was brought to him because Arthurian legends are anything but simple and nothing ever went as planned. As fate would have it the Saxon escapee Trystan became her only hope of survival.
Read more
Report abuse

Terry J. Martin
4.0 out of 5 stars Different slant on the legend
Reviewed in the United States on 10 March 2011
Verified Purchase
I had a hard time rating this book. It is a 3.5 for me so rounded it up. I love reading about this era, and this is taking up the legends of Arthur along with the legend of Tristan and Isolde but with a different twist - actually several different twists. This is Isolde's story but in this book she is the daughter of Modred and Gwnefar (that is a change!), and this begins seven years after Arthur and Modred killed each other. Some of the Arthur legend remains intact and some is different. Knowing that we don't even know if Arthur or any of the players in his story ever even existed, I have only a slight discomfort with this.

Isolde is, or was, the wife of Constantine, Arthur's heir and High King of Britain. The book begins three days after Con has died in battle. Isolde is thrust into the intrigue and dangers of the choosing of a new High King. She is a healer and at one time had "the sight" but lost that ability when her father was killed. She is still perceived as a witch by many and often hated for being the daughter of Modred and Arthur's queen. In her role as healer she goes to the prison to help two Saxon prisoners, one of whom is Trystan, injured and beaten but not as seriously as his companion.

I am not going to do spoilers here, but this is a story of intrigue and extreme danger for Isolde, her forced marriage to the evil King Marche and subsequent escape to try to find evidence of his treachery and her belief that Con was murdered. During her flight she again meets up with Trystan and three of his friends. This is not a romance although through the book the reader keeps thinking one will develop between Trystan and Isolde (after all that is a legend of romantic tragedy). There is some kind of bond between them, but it is vague.

There are some things in the writing of this book that kept it from being a great story for me. Isolde became very real and a good heroine for me. Many of the other characters seemed kind of hazy and I really didn't get a good feel for them. I think Trystan would have fit into this category if I had not automatically pictured him as James Franco in one of my favorite and many times viewed movies, Tristan and Isolde. I didn't mention above, but Isolde has no memory of her life at all prior to seven years ago. There are hints of things along the way but somehow they just don't fit in smoothly for me. Several times Trystan who is a stranger, calls her Ise and if I picked up on it, why didn't she? I kept expecting her to question him on it. There are just some inconsistencies to the story that kept it from being a captivating read. That said, if you like the Arthur legend and stores of that time, it's worth reading. At the end, I finished it far past my bed time without putting it down, so it's not a book that doesn't draw you in.
Read more
2 people found this helpful
Report abuse

Rebecca Van Roy
3.0 out of 5 stars New spin on a classic tale
Reviewed in the United States on 16 March 2010
Verified Purchase
I thought this book was pretty good. Overall, it is the tale of Isolde, whose husband High King Constantine has died. Isolde, left with out husband, brother, or father, is forced into a marriage with King Marche. She agrees to this to save herself but steals off into the night. She is captured, so to speak, by a band of man lead by Trystan. Marche's men are after Isolde and Trystan and his men. Much of the story consists of them fighting Marche's men or being captured and subsequently escaping from Marche's dungeon.

The was in fact a good book, and Ms. Elliots writing style is nice and easy. However, this is the first in a trilogy...and I am not sure why. IMO I didn't think the over all plot of this book was strong enough to be its own book. She maybe should have just combined them all to make one book. I will buy the other two to read because she is a good writer but the end of this one just dropped off.
Read more
2 people found this helpful
Report abuse
See all reviews
Back to top
Get to Know Us
Make Money with Us
Let Us Help You
And don't forget:
© 1996-2021, Amazon.com, Inc. or its affiliates